The Congressional Budget Office expects the US deficit to explode on the upside over the coming years. The US Treasury has hundreds of billions in bonds to sell and the Federal Reserve is inconveniently now a net seller. The rational investor is rightfully questioning where demand is going to come from.

Bull markets don’t generally end because demand evaporates. They end because supply rises so quickly that it overwhelms demand. There is the real possibility that is what we are going to see from the debt market sin 2019 and 2020.

The sensitivity of markets to tightening liquidity environment is increasing the potential that Fed is closer than they would like to admit to the end of their balance sheet run off. 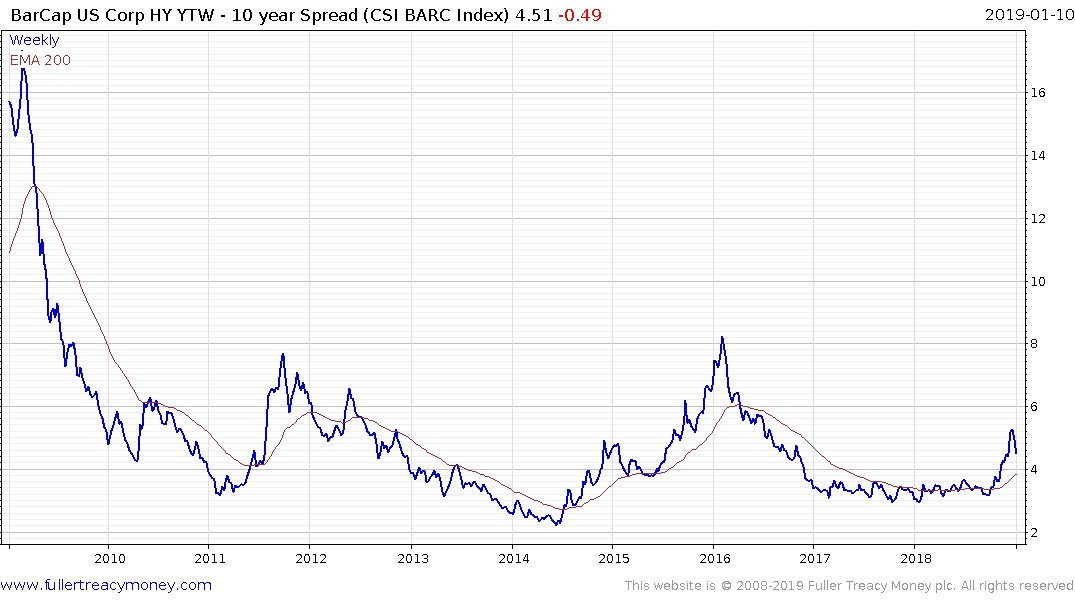 US High yield spreads have pulled back below the psychological 500 basis point level and are rapidly unwinding the overextension relative to the trend mean. However, a sustained move below the trend mean would be required to signal a return of the status quo.

European high yield spreads have paused around the 500-basis point level but have no pulled back to the same extent at the US spreads.

Asian high yield spreads have also paused around the 500-basis point level but so far it doesn’t like more than a short-term hiatus to the medium-term widening trajectory.