The whiplash reversal in junk-bond spreads underlines the treacherous nature of markets at the moment. It's hard to find precedents for a reversal of sentiment on the scale we saw in the last couple of sessions. It's possible that the scale of the shift is justified by either the jobs data or Powell's put, but it seems likely that the Street's reduced capacity for making-markets is exaggerating the swing.

The last time we saw a two-day decline in U.S. high-yield spreads of this magnitude was in 2009, but that was in the context of a longer rally. There was a similar turnaround in late 2000, but in retrospect that just looks like a blip on the chart. The index in those days was less than a quarter of the size it is now and more susceptible to events in individual names.

It's not a lack of flow. Yesterday's volume of high-yield corporate trading was 67% above average, according to Trace data.

But trading isn't the same as liquidity. Market-making desks have much less capacity for assuming risk than they did before the crisis. They were never much help in a full-on panic, but if market-makers took down fewer bonds in the sell-off that would leave them less able to react when the market turns around. So, you can have a market in which too much money is scrambling after too little paper.

It's possible the culprit might be the growth in popularity of junk ETFs like HYG and JNK, but the assets in those two funds have fallen by one-third from the peak in 2017. Or you could just blame quants and algos. They seem to be the go-to scapegoat for everything hard to explain in the markets these days, just ask Cliff Asness (sarcasm alert).

Credit leads the stock market. Bond managers’ primary concern is default probability. Bonds don’t pay more if a company does well. Instead, the price of the bonds may rise which reduces their allure for new buyers on a yield to maturity basis. Unlike stocks, bonds have a clear end date, by which either gains have to be locked in or the issue redeems at par. That means bond investors are much more alert to credit conditions, default rates and the factors that can influence them which tend to affect bonds before stocks. 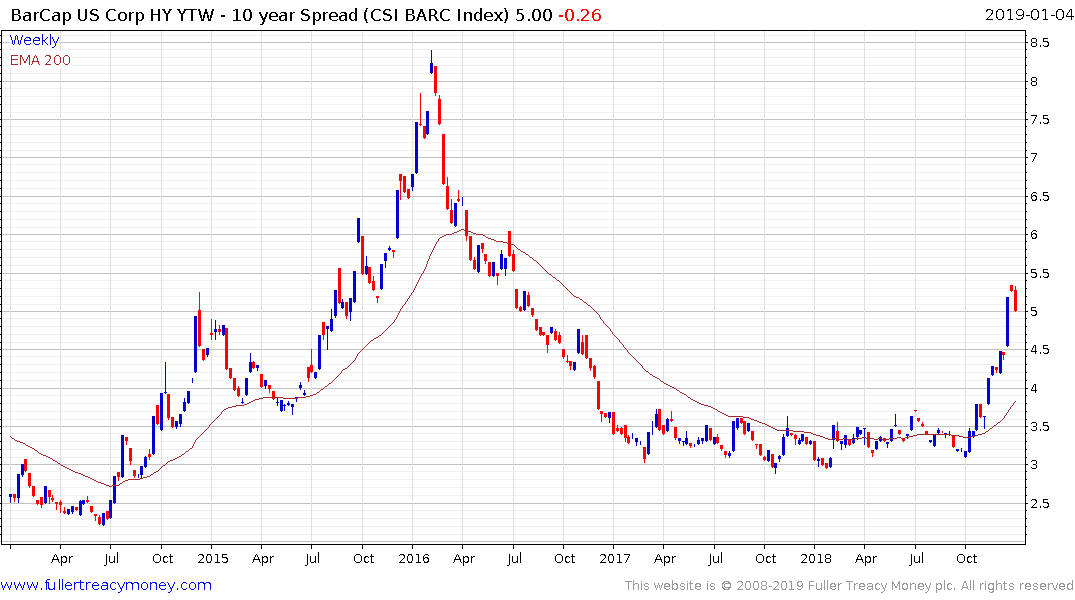 I have been highlighting expanding high yield spreads in both the written commentary and videos since the summer of last year because the breakout they posted was the clearest signal yet that liquidity conditions have tightened, globally.

The sharp contraction in spreads over the last three sessions is a clear signal, a risk-on rally is underway which is contributing to short-term oversold conditions being unwound in the stock market and related high yield ETFs. However, the rally in spreads posted in before this contraction was nowhere near as large as posted in previous bouts of volatility.

It is worth remembering that corrections in 2011 and 2015/16 coincided with high yield spread sustaining moves above 500 basis points and it was when those spreads started contracting again that we had evidence of a medium-term low.

The other factor that coincided with the subsequent big advances that followed those corrections were rounds of quantitative easing first by the Fed, then by the ECB. It has been my contention that what is now evolving is a transition from synchronised monetary expansion to synchronised fiscal expansion. That has been delivered in the USA, is beginning in the UK, France and Italy and is being promised in India and potentially in China. Brazil’s new administration is going to need to spur growth and a significant number of other emerging markets will take their cue from what China does. One way or another we are going to have to see a significant new source of liquidity made available if this liquidity-fueled advance is to resume. 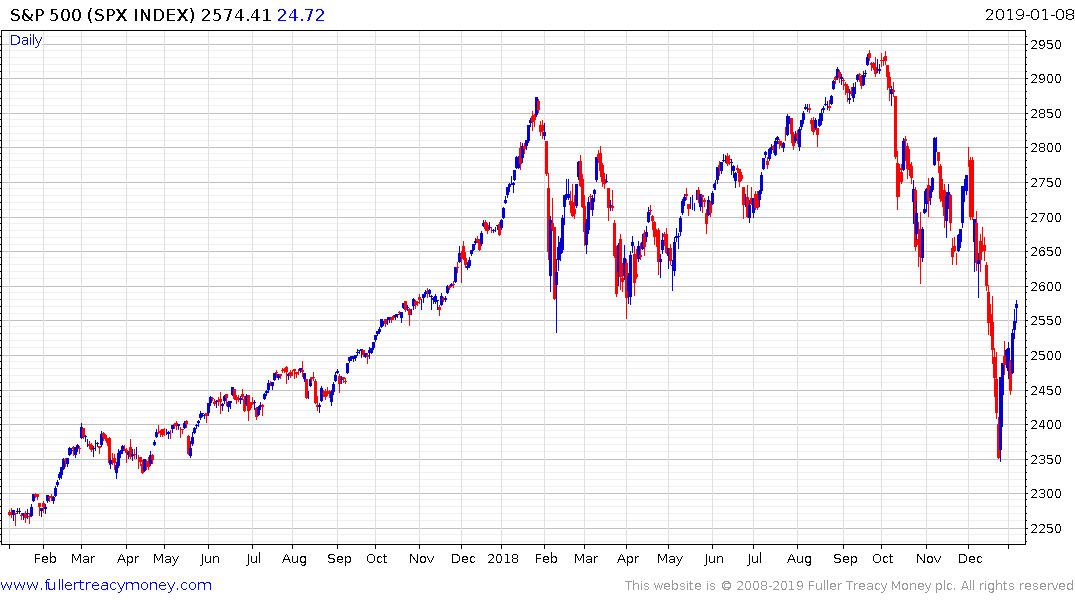 The S&P500 has replaced a short-term oversold condition with a short-term overbought condition as it now tests the first area of potential resistance in the region of the lower side of the overhead trading range. It needs to hold the December 26th low at 2346 during any pullback and subsequently sustain a move above 2600 to confirm a return to demand dominance. 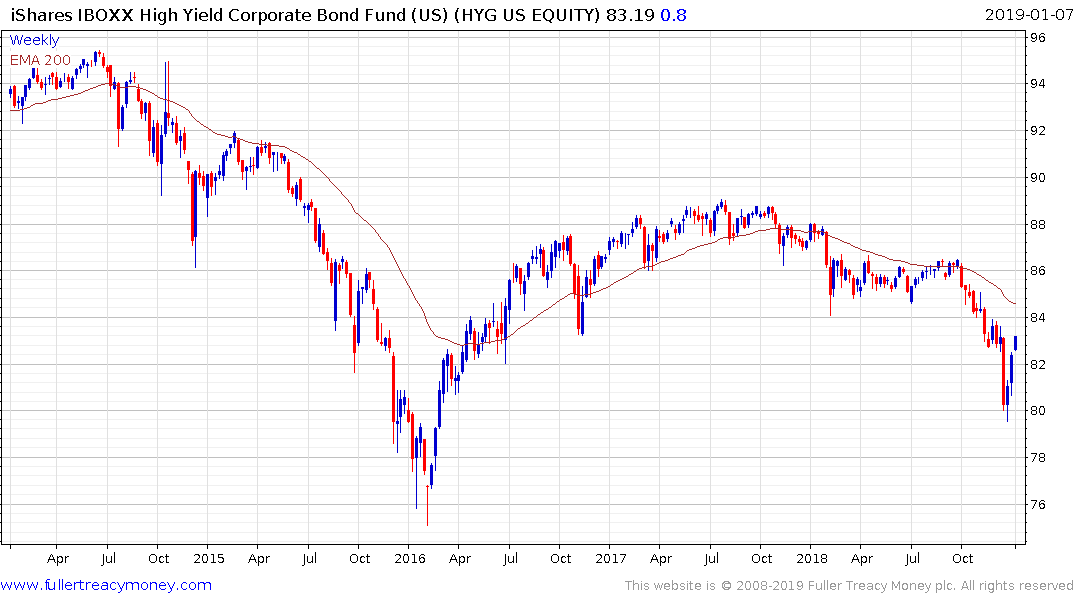 Likewise, the iShares iBoxx High Yield Bond ETF has almost completely unwound its overextension relative to the trend mean. It will need to hold a move back above it, in a manner similar to that achieved in 2016 if medium-term demand dominance is to be reasserted.