“We haven’t actually seen the stress emerge,” she said on a call with analysts. “What we took in the first quarter was our best estimate of future losses.”

Banks also have to determine how many lending commitments will turn into funded loans as companies tap previously unused revolving credit facilities. Wells Fargo CEO Charlie Scharf said commercial clients had tapped $80 billion of loan commitments just in March. JPMorgan said customers had drawn more than $50 billion of existing revolvers and were approved for $25 billion in new credit in March.

U.S. banks have maintained that they are much better positioned for this crisis than in 2008. JPMorgan’s key capital ratio was 11.5%, within its medium-term target range. Wells Fargo’s was 10.7%, above its internal target. Still, shares of both banks slipped in New York trading by 10:30 a.m. in New York as the broader market rose, with optimism the pandemic is slowing driving up the S&P 500 more than 2%.

“We like to be conservative in reserving,” Dimon said. “Plan for the worst so you can handle it.”

The virus did not impact economic activity until about the middle of February for most countries, so 1st quarter earnings include 3 weeks at most of lockdown conditions for US companies. Ahead of the lockdowns economic activity was still expanding, after the lockdowns it will take time to recover but we won’t get 2nd quarter earnings until July. However, it is reasonable to conclude banks are going to be where some of the heaviest impacts from constraining consumer ability to service debt are going to hit. 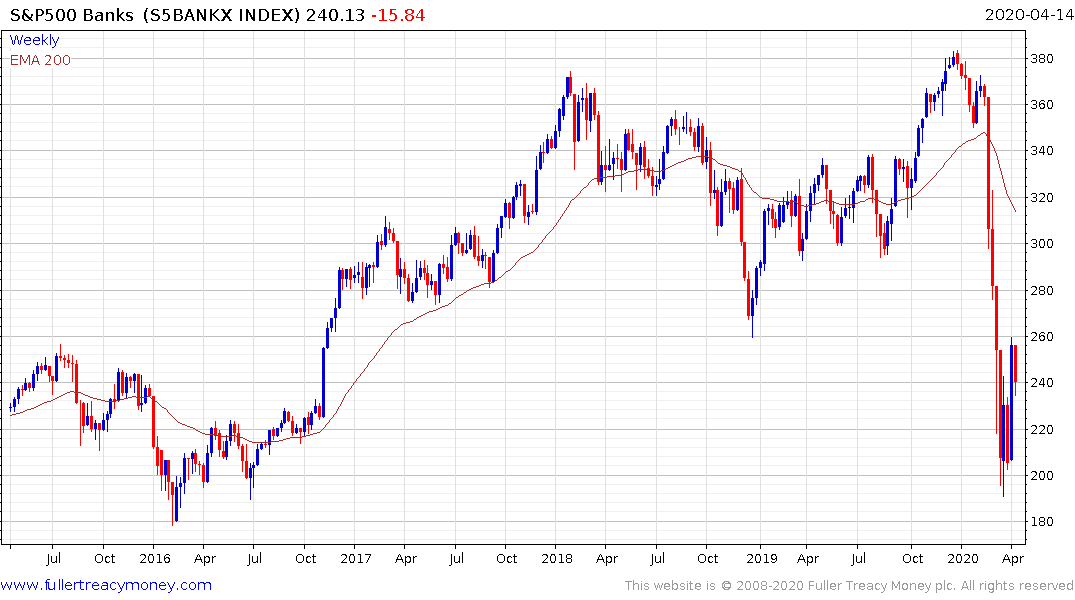 The S&P500 Banks Index’s rebound has been feeble relative to other parts of the market and a potentially lengthy period of support building will be required to confirm the worst is over. 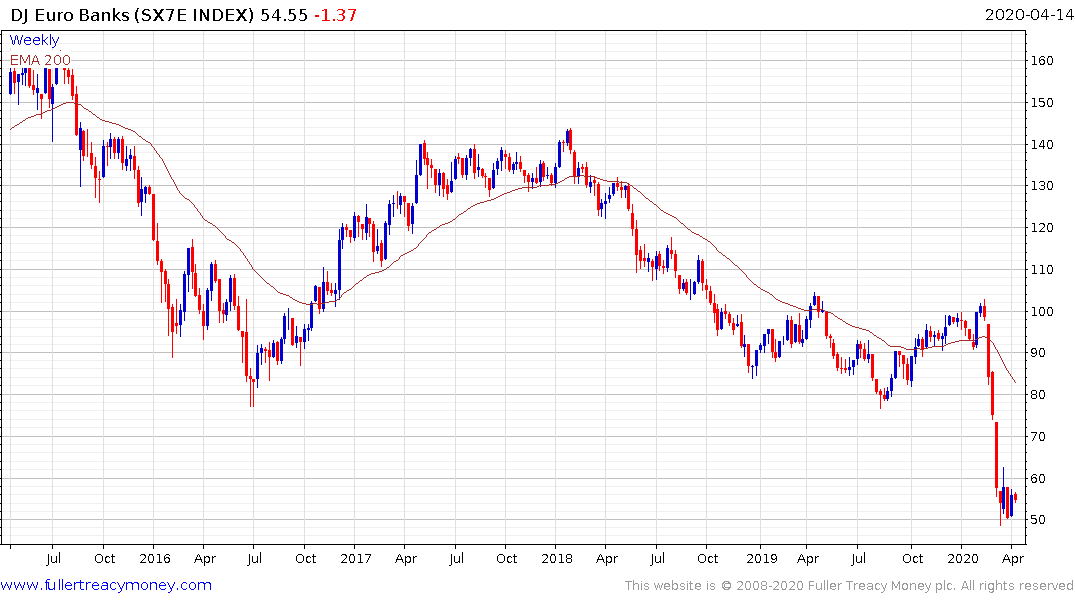 The Euro STOXX Banks Index has been flattered over the years by so many banks going bust of being nationalised. That is a fate that still remains in store for many constituents which a significant contributing factor in the Index’s failure to rally. 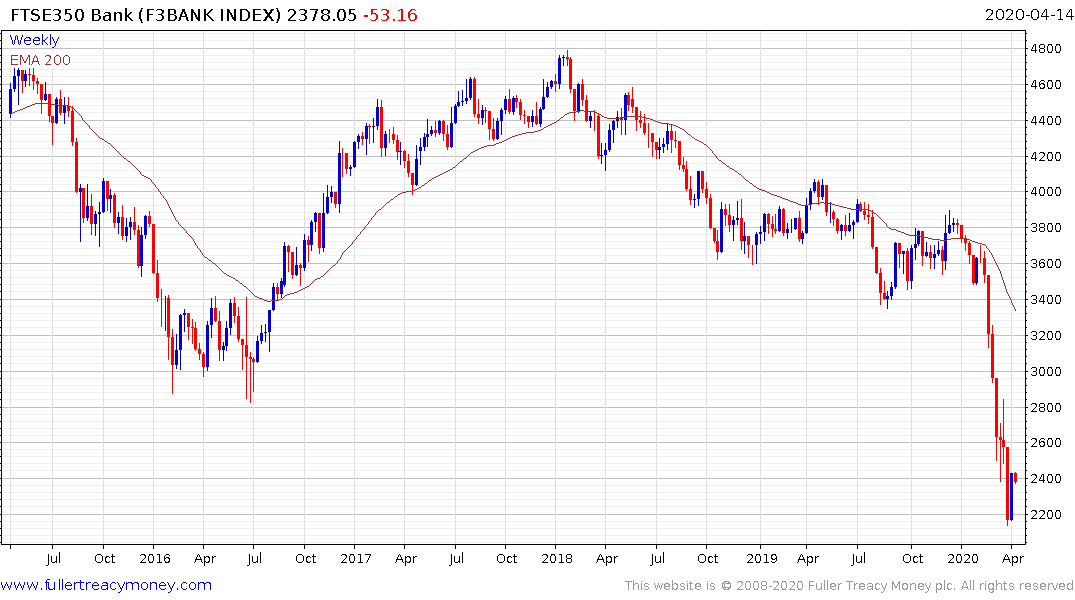 The FTSE-350 Banks Index has paused in the region of the 2009 low and despite a deep short-term oversold condition faces many of the same challenges as other banking sectors globally.

There is no banking sector globally which has rebounded as strongly as its parent market. That highlights the pressure on the sector from low interest rates and margin pressure on top of heightened loan loss provisions. Meanwhile abundant liquidity represents a tailwind for growth-oriented sectors, particularly those not reliant on person to person contact.