Prices of platinum, palladium and other platinum group metals will be supported by demand from China and other major consumers, given an increased push for energy transition, electric vehicles, and reduced emissions. Platinum and its by-product palladium are used in vehicle pollution-control devices.

Platinum companies “are very different now from gold,” Aserkoff said. “They have different drivers from gold, the price of the metals is going to change and the stock prices will behave differently. I don’t think they should be as correlated as they used to be.”

Gold is monetary metal so it tends to attract people who are concerned about the sustainability of a fiat currency system. The other precious metals are also industrial resources. They tend to be held in their own right but they also have industrial utilities. Solar panels are a support for silver prices and catalytic converter demand has been a tailwind for palladium. Platinum has lacked a fundamental driver since the decline of diesel engines. That may now be changing with the evolution of a hydrogen fuel cell market. 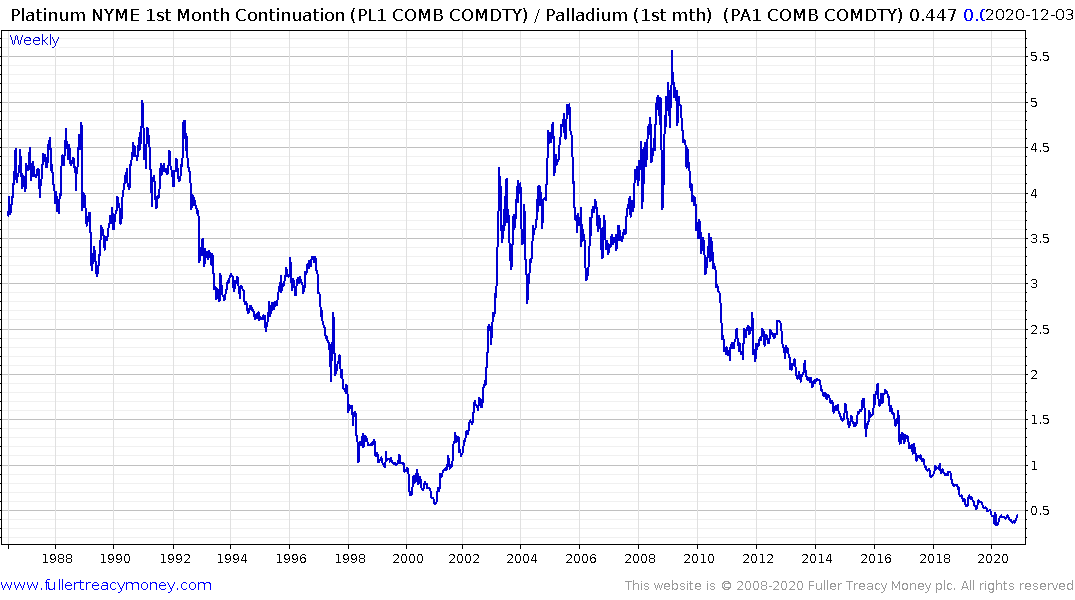 The Platinum/Palladium ratio has been trending lower for nearly 12 years. There have been two occasions when it traded back above the trend mean but neither were sustained for more than a few months. The ratio broke out again this week but from a much lower level than the last attempt in 2016. 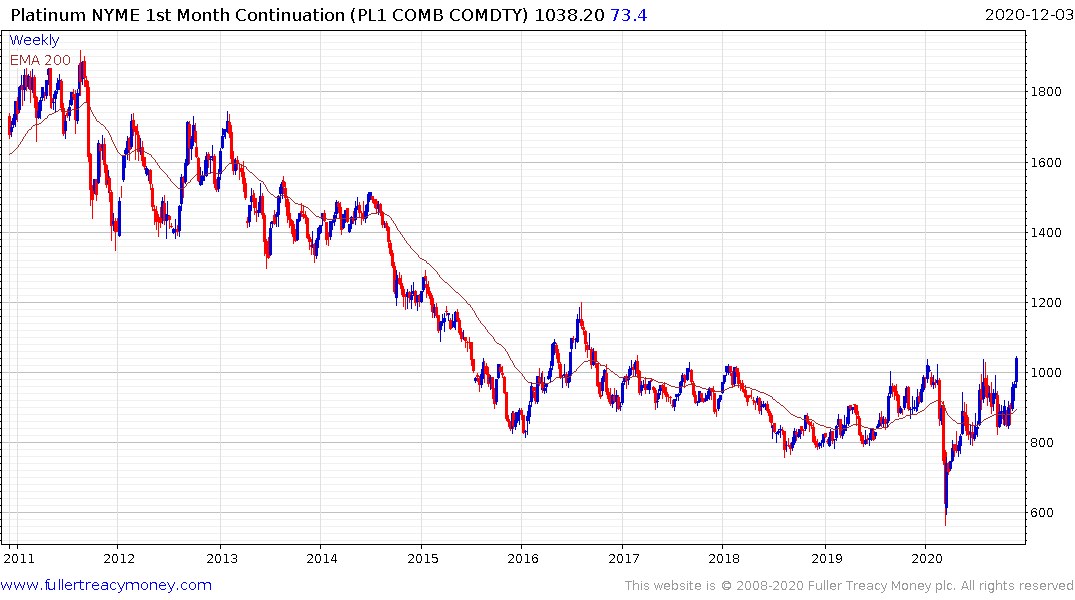 Platinum is extending its break above $1000 in a move that may finally complete the evolving base formation. 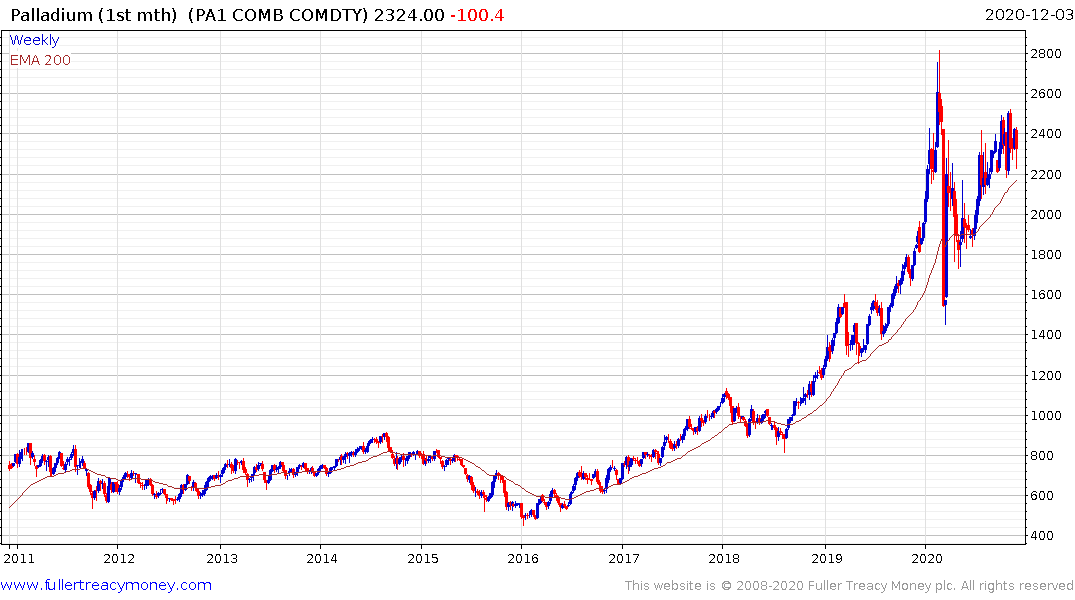 Palladium found at least near-term support today from the region of the trend mean and the $2200 level. That area will need to hold if the benefit of the doubt is to be given to the upside. 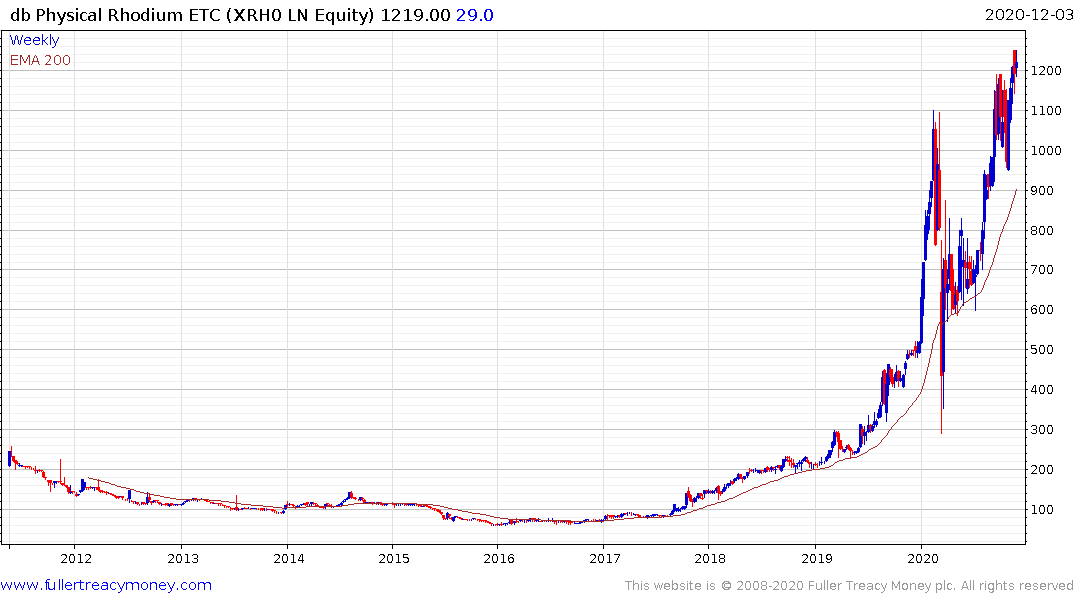 The Xtrackers Physical Rhodium ETF is consolidating in the region of its peak have rebounded impressively from the March lows. 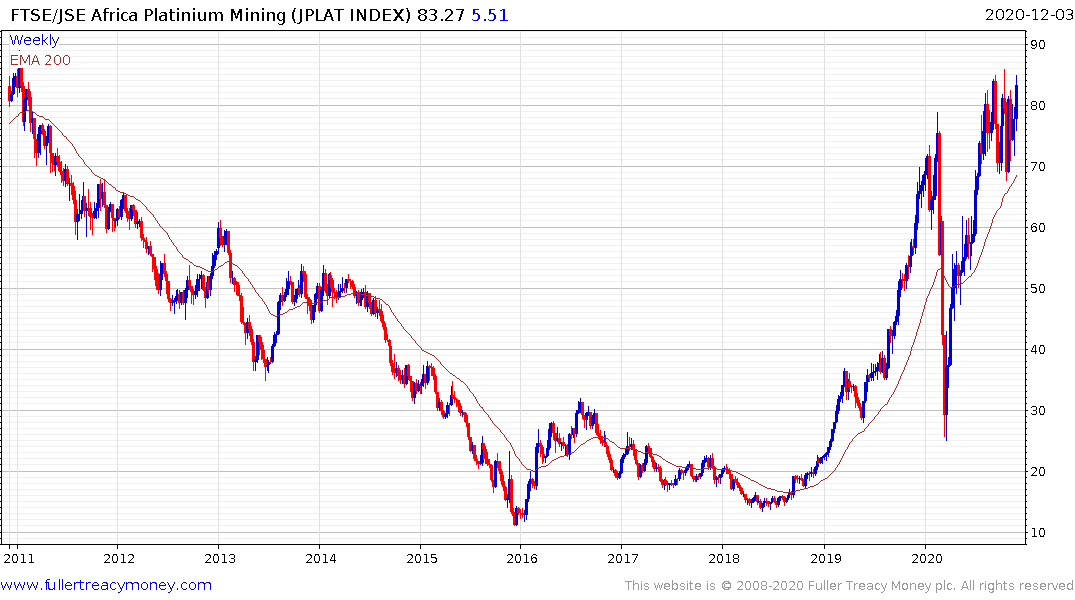 The FTSE/JSE Platinum Miners Index is also consolidating in the region of its peak. It has benefitted from the fact palladium is a by-product of platinum mining. 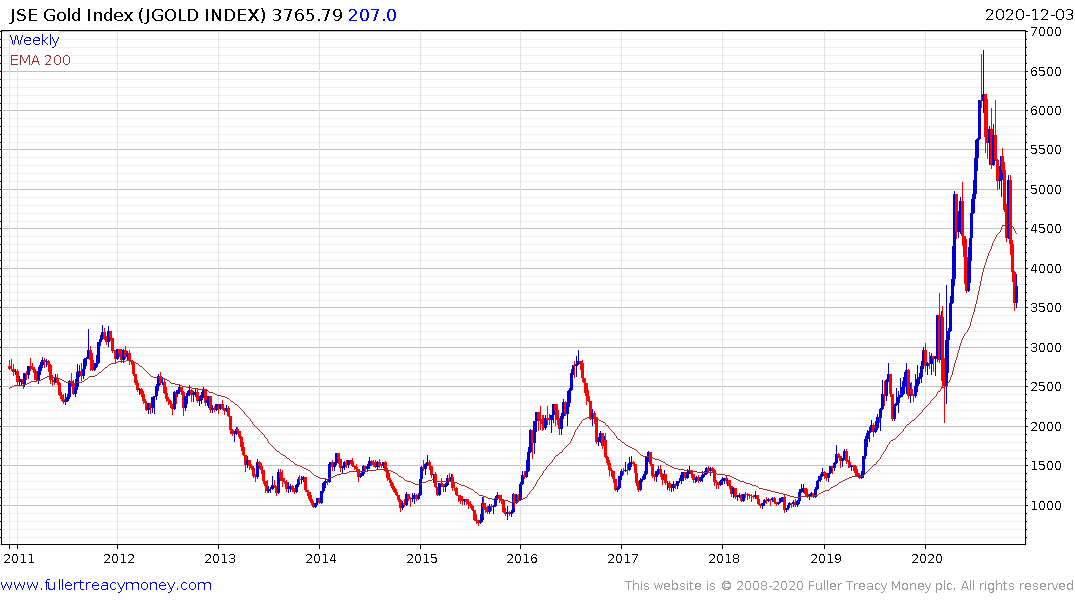 The FTSE/JSE Africa Gold Mining Index has been impacted both by gold’s correction but also the rebound in the Rand which continues to gather pace.