The odds of a rate cut surged and the Aussie slumped to its lowest level since August 2010 as traders raised bets the Reserve Bank of Australia will add to its 2.25 percentage points of cuts to the overnight cash-rate target since late 2011.

Australian companies and international carmakers have announced the shuttering of plants and shedding of jobs as an elevated currency intensified competition.

“The figures were a little bit nastier than expected,” said Alex Joiner, an economist at Bank of America Merrill Lynch in Melbourne. “Talk of the RBA raising rates later this year seems premature. Historically the Reserve Bank has never dropped its easing bias while the unemployment rate has been rising.”

Disappointing employment figures suggest that RBA is much more likely to ease policy further than tighten. Considering the central bank’s desire to devalue the Australian Dollar, the potential for the latter possibility was already remote. Having steadied for the last couple of weeks in the region of 88¢, the Australian Dollar hit a new low today against the US Dollar and a clear upward dynamic will be required to check potential for additional weakness. 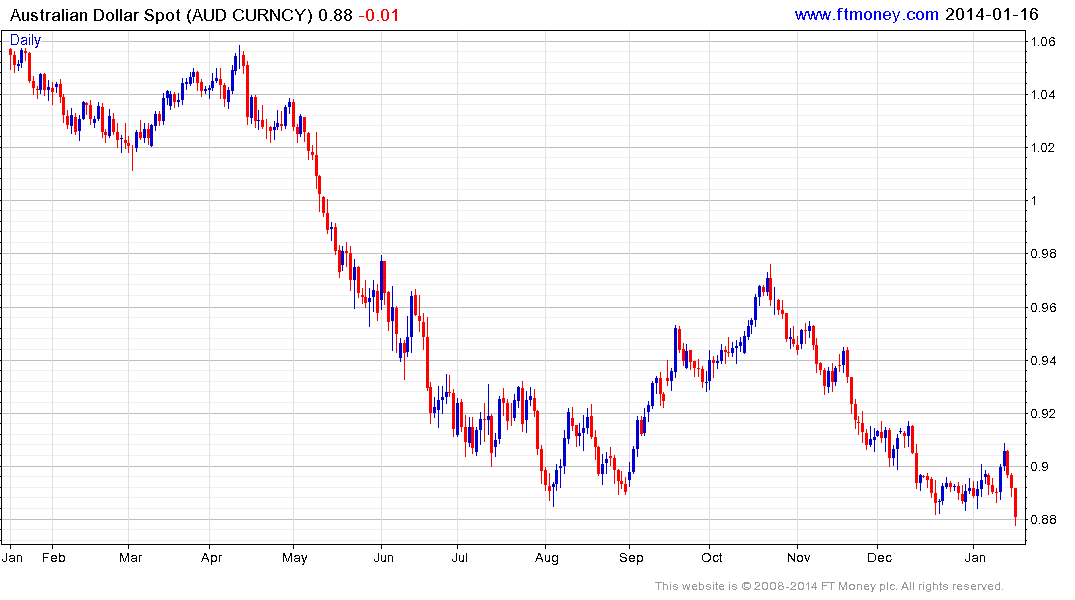 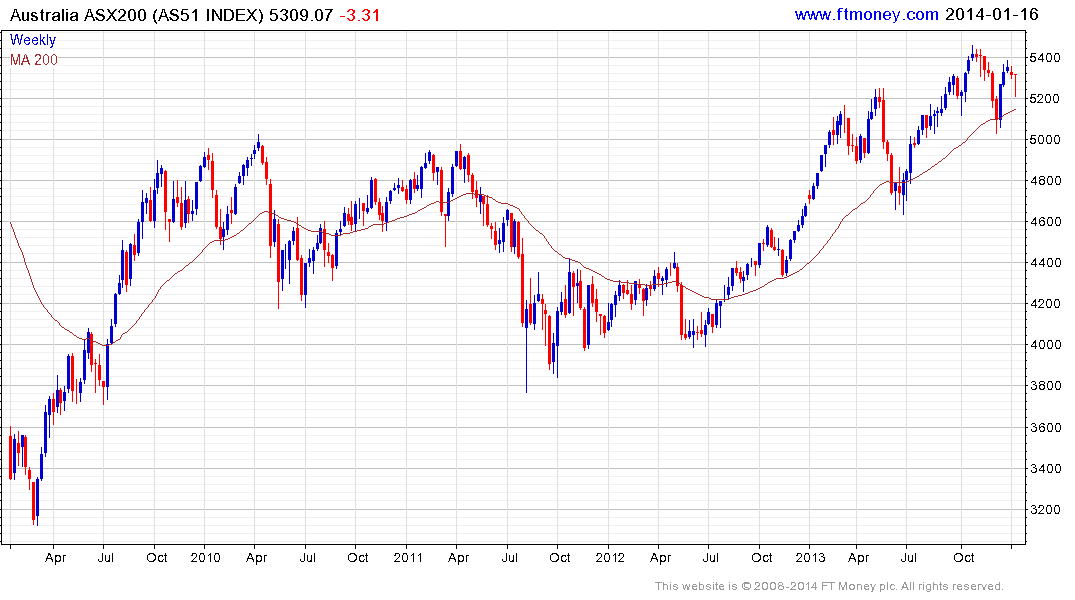 The S&P/ASX 200 Index had rebounded impressively from the region of the 200-day MA in December and found support yesterday near 5200. A sustained move below that level would be required to question potential for additional higher to lateral ranging, at least in nominal terms. The Financials Index has a relatively similar pattern. 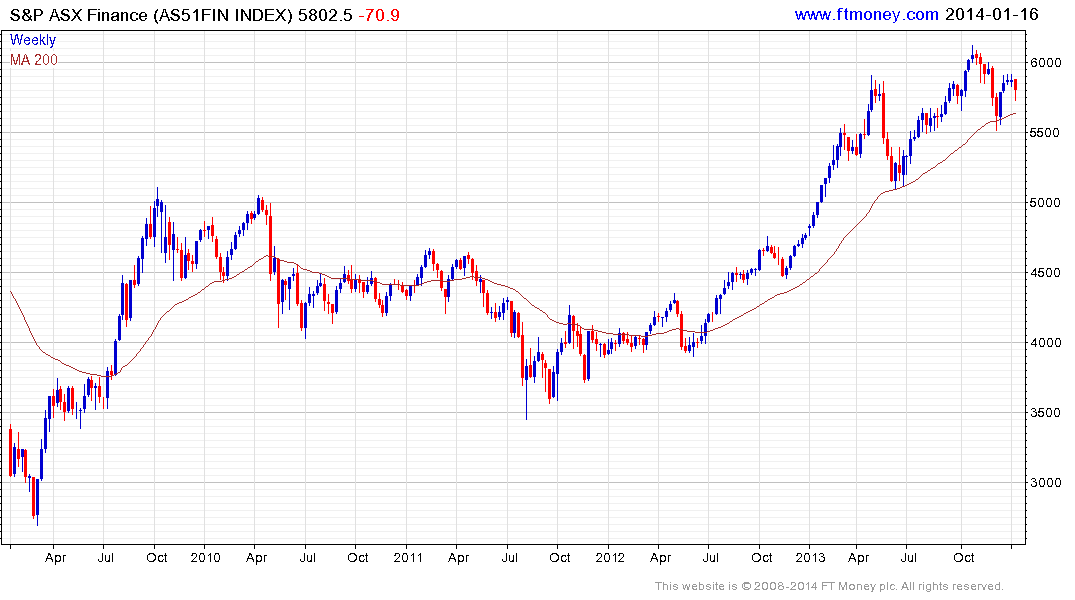 One aspect of the market worthy of consideration is that the Financials sector, at 44%, is by far the largest weighting. In 2008 the financial and materials indices had relatively similar weightings but the deterioration of miners relative to the major banks has resulted in the market being heavily dependent on the health of the financial sector. Therefore the RBA has a considerable interest in ensuring the banking sector remains healthy and is unlikely to do anything to damage it while other areas of the economy remain weak. This also highlights how important a weaker currency is for Australia.