Seeing how the two countries split off back in July, markets may not have had high expectations for this round of talks,” said Masahiro Ichikawa, a senior strategist at Sumitomo Mitsui DS Asset Management. “But a partial agreement now seems probable, with topics like subsidies being shelved for next year.”

Investors are breathing a sigh of relief as they anticipate a partial deal to come after 18 months of negotiations. An earlier report said the White House was looking to implement a currency pact as part of a preliminary deal that could see the scheduled tariff increase next week suspended. China has also said the country was open to a partial deal with the U.S., with plans to offer non-core concessions like purchases of commodities.

“There was a risk that negotiations would be cut short,” said Nobuhiko Kuramochi, the head of investment information at Mizuho Securities Co. in Tokyo. “But with both sides continuing the talks, there’s an expectation that some sort of a mini-deal will come out in the end.”

In many respects Japan is a high beta play on the trade war. As a major exporter it obviously has an interest in a benign international trading environment which allows the free passage of goods. On the other hand, the Yen tends to rally during periods of uncertainty because of its safe have status. That acts as a headwind to the export sector and the nominal price of the stock market. 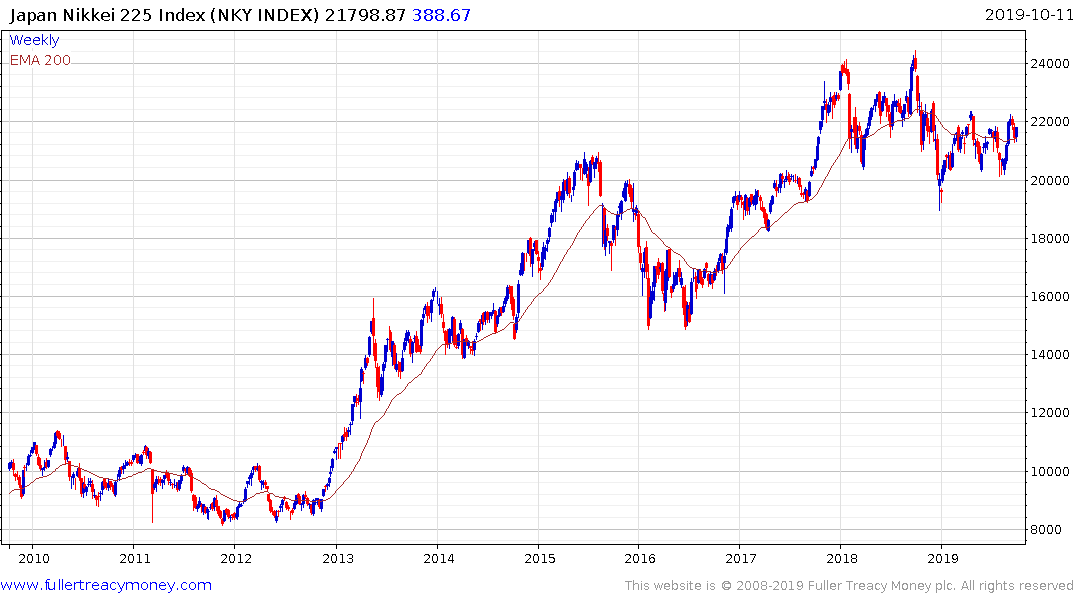 With improving sentiment, the Nikkei-225 has rallied to break its sequence of lower rally highs and is now firming from the region of the trend mean. 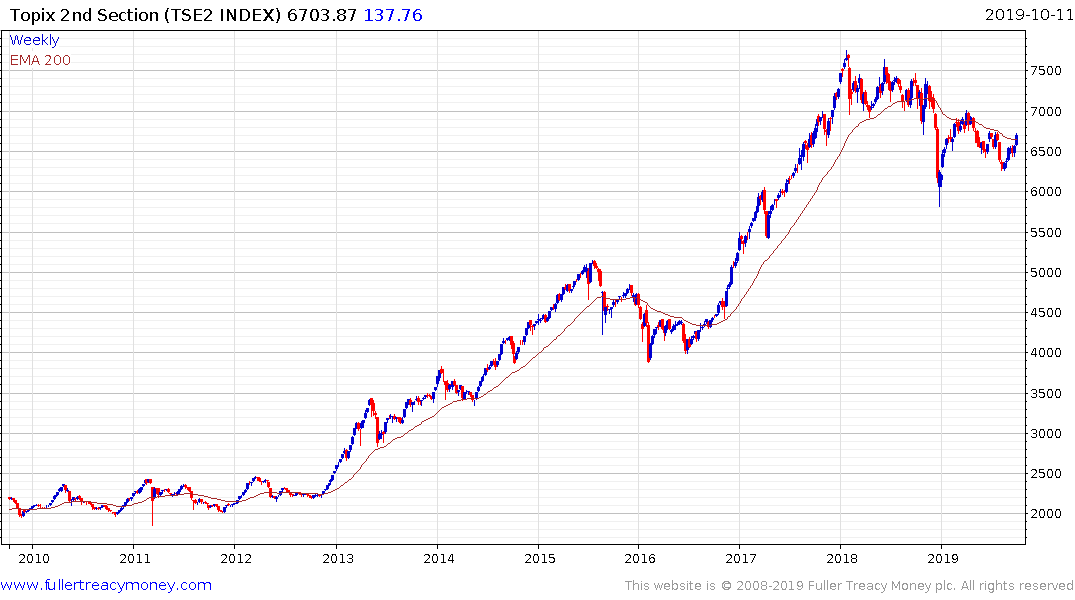 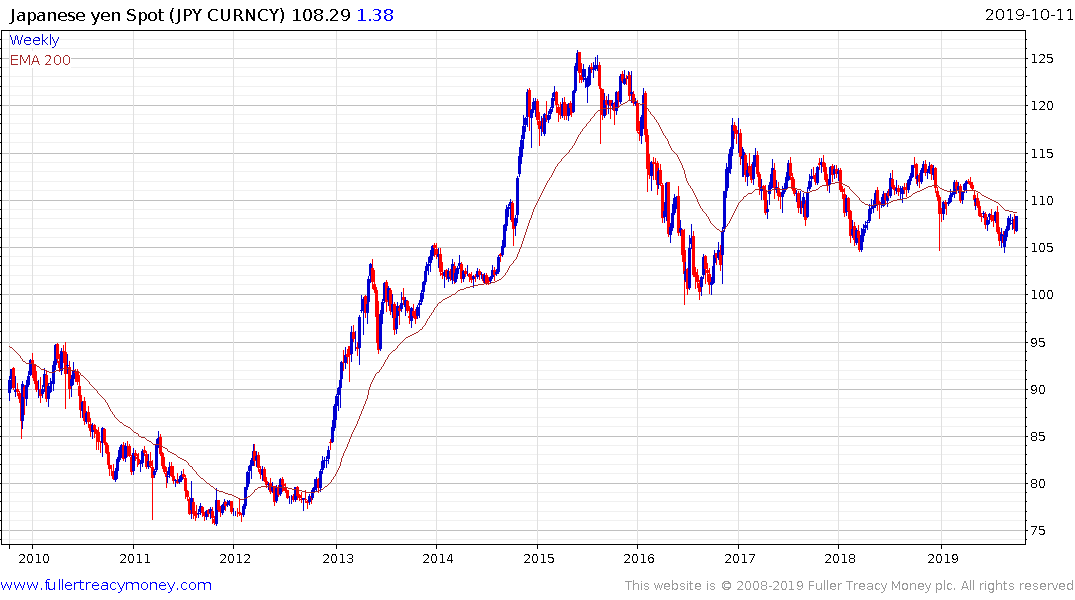 The Yen has confirmed resistance in the region of 105 for a third time I and appears to be on the cusp of breaking its uptrend.