Successful cost cutting, rising profits and free cash flows, and a corporate culture of risk aversion stemming from the bursting of the Japanese bubble led to an ironic side effect: over-capitalized balance sheets. As Exhibit 4 indicates, over 50% of listed nonfinancial companies are “net cash” today.3 In the U.S., that figure is less than 15%.

Carrying large amounts of cash, especially in a negative interest rate environment like today, is troublesome for shareholders. Equity investors expect companies either to reinvest surplus capital in projects that generate returns above the cost of capital or return it to shareholders so they can reallocate to value-creating investments.

These “lazy” balance sheets have drawn the attention of Japanese regulators and government, two groups that are trying desperately to spark economic growth to help address the pension burden in a country with a declining population and negative yield on government bonds. Furthermore, the Japanese equity market is filled with inefficiencies that offer upside opportunities for patient investors. The number of analysts and investors covering the Japanese market has declined following decades of disappointing returns after the bursting of the 1980s Japanese bubble. Cultural and language differences also have diminished foreign investor interest in Japanese equities.

Here is link to the full report.

A couple of years ago Mrs. Treacy was looking for a factory to can Akoya pearl oysters in Japan. There are a small number of companies in the prefecture around Kobe that perform the service but we ran into a recurring problem. They did not have available capacity and would not consider taking on additional customers. The feedback we received was universal, they did not want new customers.

Capitalism is often characterised for rapacious greed where more is always better. The secular bear market in Japan has forced greed out of the system. Survival is the top priority and risk taking is shunned. That has resulted in a large number of well-capitalised companies with low debt and solid businesses but low ambition.

While the world was focused on resiliency last summer, Japan’s mid-sized and smaller companies have been practising that business model for years. That suggests they offer an attractive hedge against inflation. 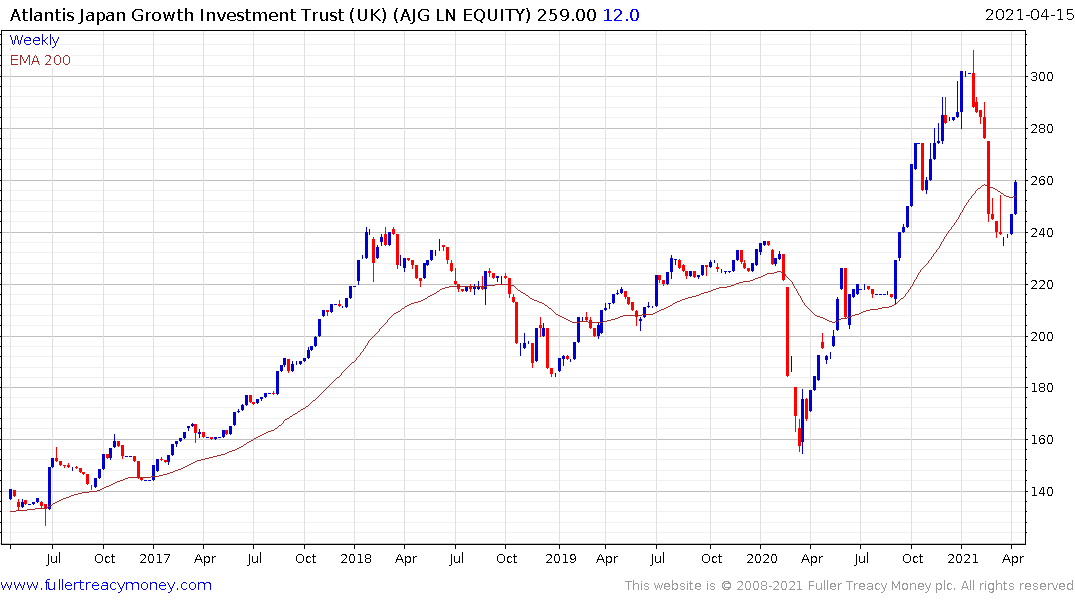 The Atlantis Japan Growth Fund trades at a discount to NAV of 11% and bounced last week from the upper side of the underlying range and the region of the trend mean. 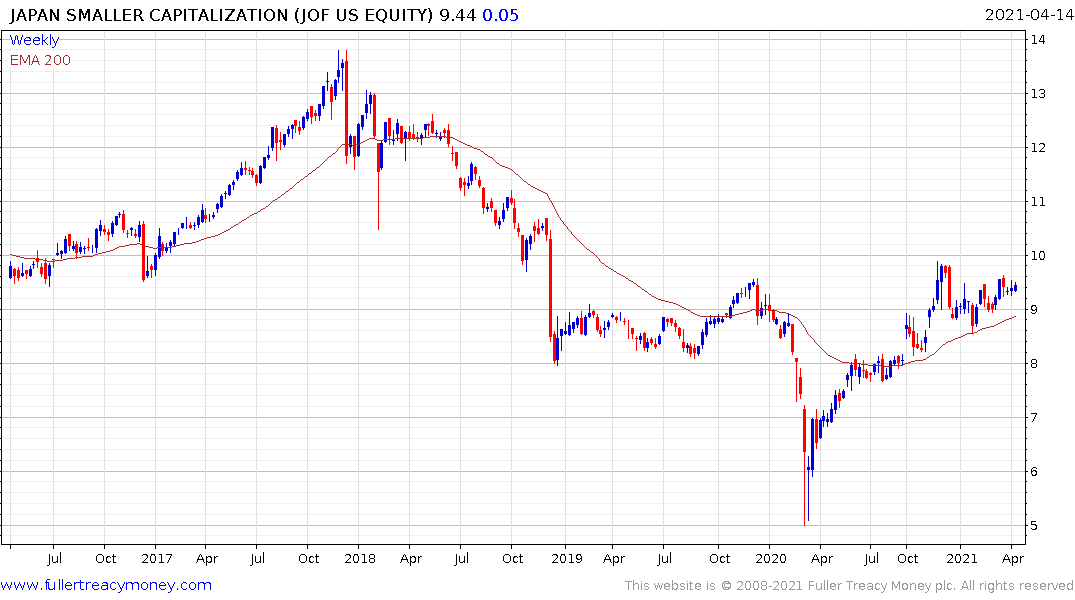 The Japan Smaller Companies Fund trades at a discount to NAV of 11% and continues to hold a succession of higher reaction lows as it rebounds from the 2020 lows. 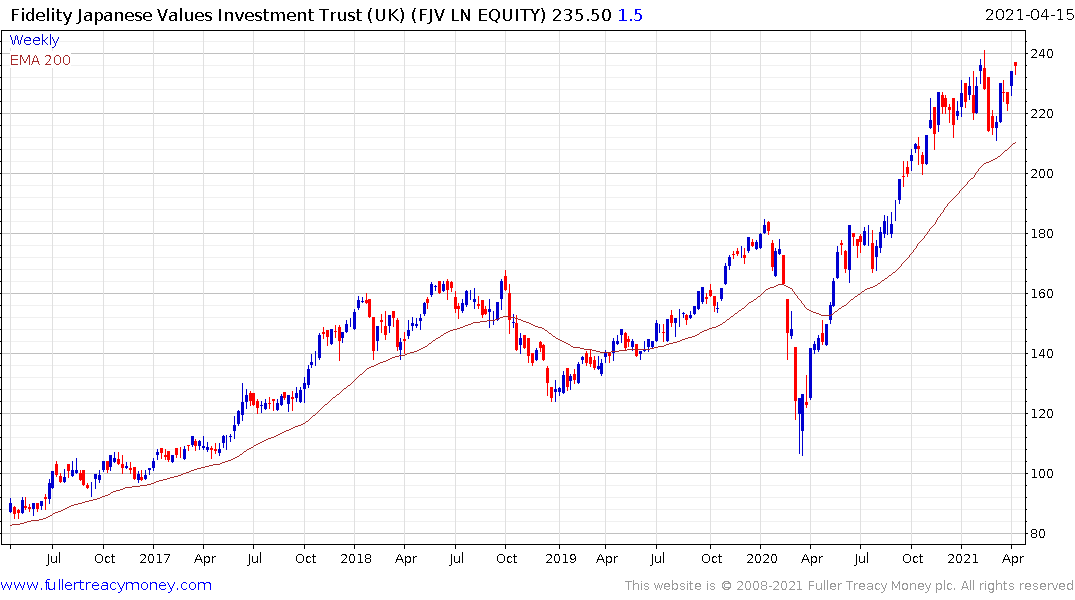 The Fidelity Japan Trust has a discount to NAV of 6.4% and focuses on "growth at a reasonable price". It remains in a consistent, but steep, uptrend.