Governor Haruhiko Kuroda made it clear last week the current stimulus program will remain in place for a while. There’s concern that any move past 100 could prompt a policy response if it’s deemed to hurt attempts to reflate the economy. However, his remarks on March 2 that the bank will start thinking about a stimulus exit in fiscal 2019 have at least increased market speculation over the timing of a possible normalization.

Kuroda’s mention of an exit was meant to prime markets for an eventual withdrawal, says Daisuke Uno, chief strategist at Sumitomo Mitsui Banking Corp. in Tokyo. “Given the reduction in bond purchases, the BOJ is already laying ground for an exit. It just isn’t saying so.”

The Bank of Japan will likely be the last of the major central banks to exit its quantitative easing program. With the ECB due to complete tapering by September that suggests Japan’s program will end sometime in 2019. That is of course under the assumption exogenous factors do not required it to be extended even further. 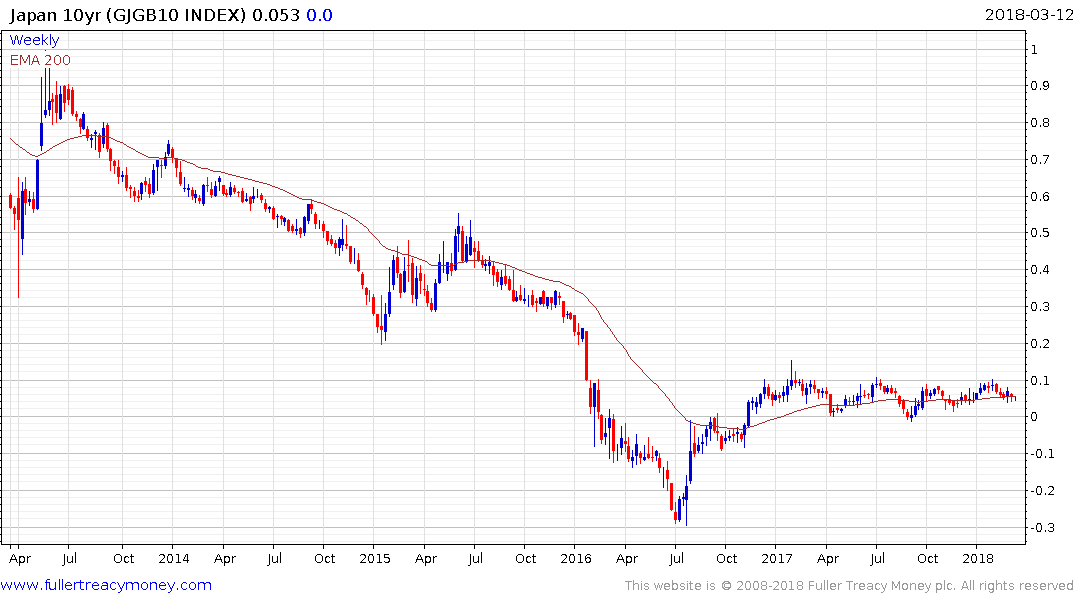 10-year JGB yields continue to range above the zero bound in line with the Bank of Japan’s (BoJ)policy of suppressing the yield if it moves above 0.10%. As we have seen in the USA and Europe, the end of quantitative easing results in higher yields because the largest buyer has deserted the market. Japan has rather a lot of debt and higher borrowing costs represent a significant obstacle in the absence of growth and inflation. That suggests the BoJ will be cautious about removing stimulus early. 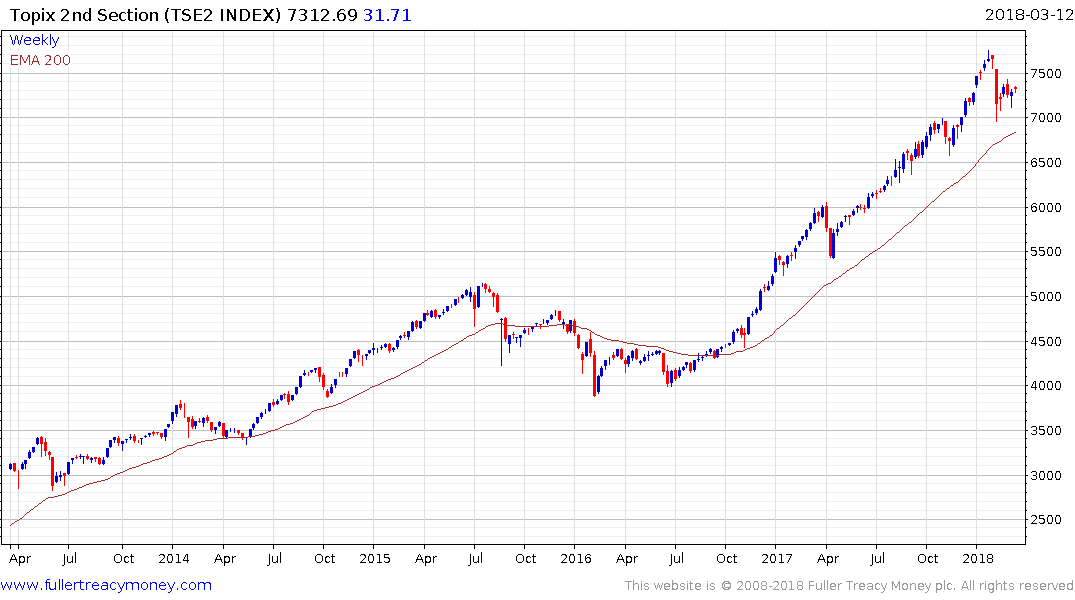 The Topix 2nd Section Index, which is a lead indicator for the wider stock market, continues to hold above the 7000 level in what remains a relatively benign consolidation. As long as it continues to pause above that level we can give the benefit of the doubt to the upside.