The figures come at a critical time for Japan’s mission to generate stable inflation. Price growth has softened in recent months and household consumption continues to show signs of weakness. Separate data released Friday showed household spending slid 3.9 percent in May from a year earlier.

Atsushi Takeda, chief economist at Itochu Corp., says strong gains in wages will be needed for many more months before consumption is likely to show a response.

"There’s no question that wages are improving," he said, commenting on the latest figures and citing the results of annual wage negotiations earlier this year. "But people need a substantial period of wage gains to be convinced that wages will keep rising."

The gain in overall wages was partly attributable to a 15 percent jump in bonus pay that reflects continued strength in Japanese corporate earnings.

Japan has a tight labour market, where more women are being encouraged into the workforce and the number of immigrants is rising as jobs go unfilled. Bonuses are not enough to stoke consumerism because they are by nature a one-off event so persistent wage gains will probably be required to stoke consumer demand. 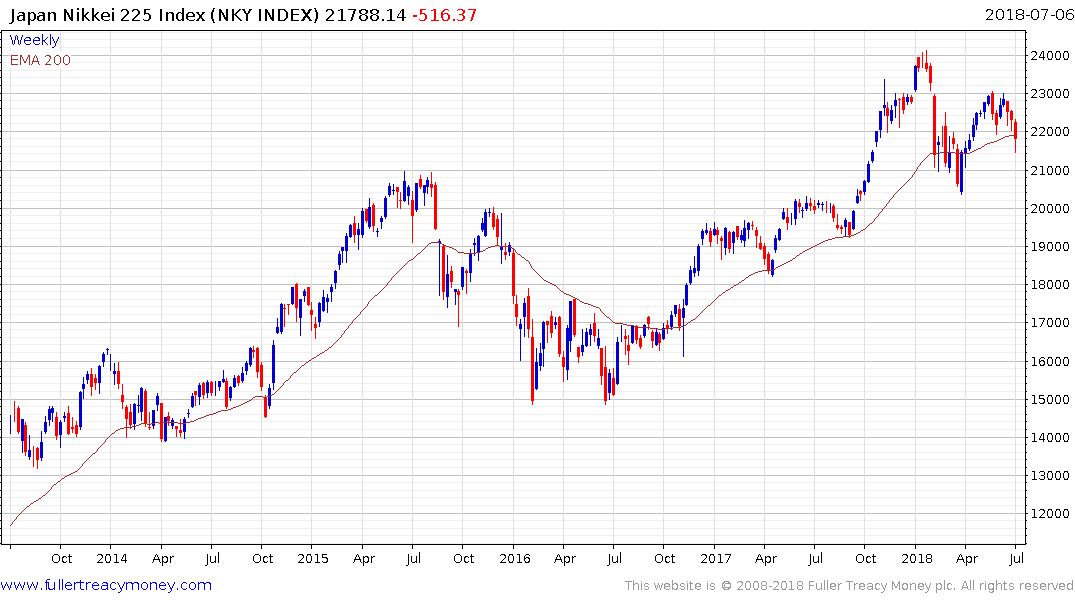 The Nikkei-225 has paused in the region of the trend mean and will need to follow through on the upside in order confirm a return to demand dominance in this area. The bigger picture is that the Index continues to hold the move above 20000. A sustained move below it would be required to question the medium-term demand dominated environment. 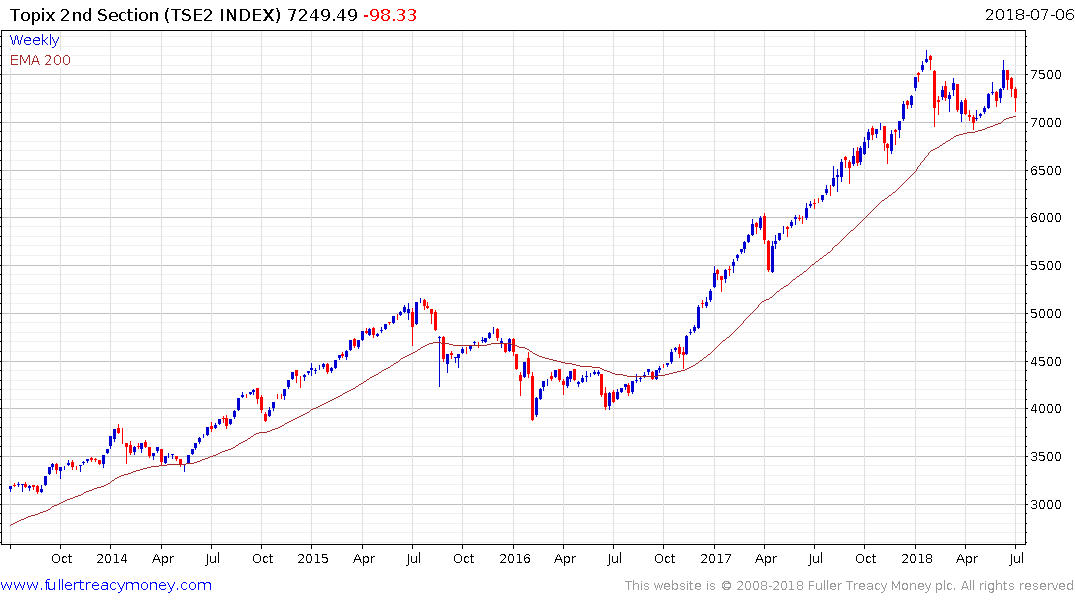 The Topix 2nd Section of small/mid-caps has also returned to test the region of the trend mean and is offering initial signs that it has found support.