With more than half of the results out in the latest reporting season, more than 68% of companies in the Topix have beaten expectations, according to data compiled by Bloomberg. The Topix forward price-to-earnings ratio is now at 18 times, significantly higher than its five-year average of about 14 times.

Results from the current earnings cycle are pointing toward a major recovery next fiscal year, according to Frank Benzimra, Societe Generale’s head of Asia equity strategy. “Our thesis in Japan is that the market has been quite under-owned for some time, because there was not so much interest on earnings,” Benzimra told Bloomberg Television.

Veteran investors will remember about fifteen years ago there was an argument that Japanese equities would always trade at a higher P/E because of idiosyncrasies with the market. That proved incorrect and valuations have contracted considerably. The market is now a lot more attractive for international investors in search of earnings growth. 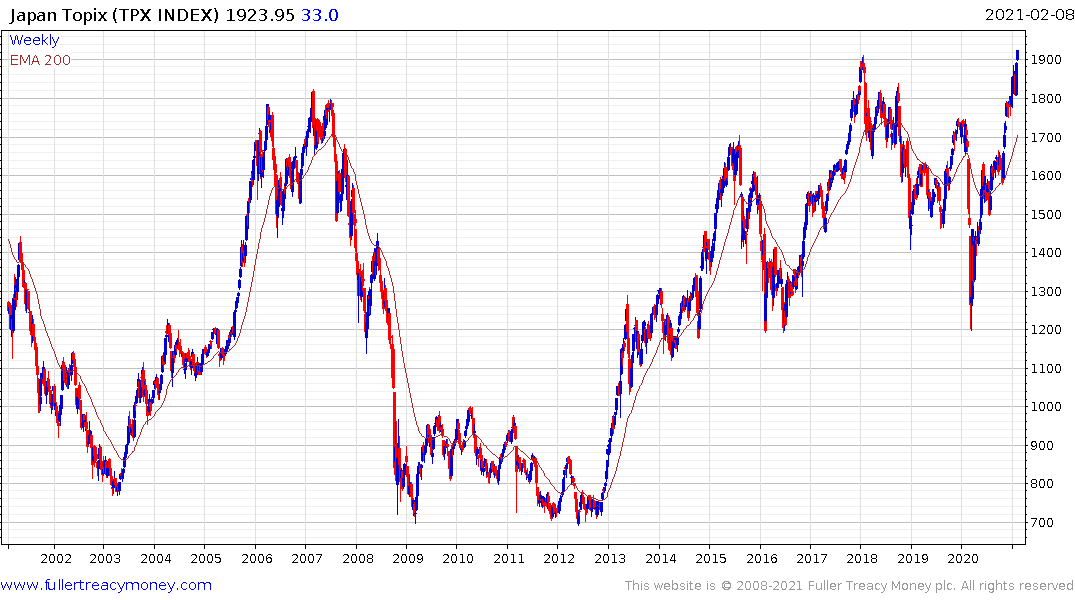 What I find particularly interesting is that the Topix Index price performance is very similar to its price to sales ratio. That suggests price is appreciating because of demand for relatively cheap sales. Considering how expensive those same levels of sales are in the US market, for example, that suggests a significant migration into developed Asia. 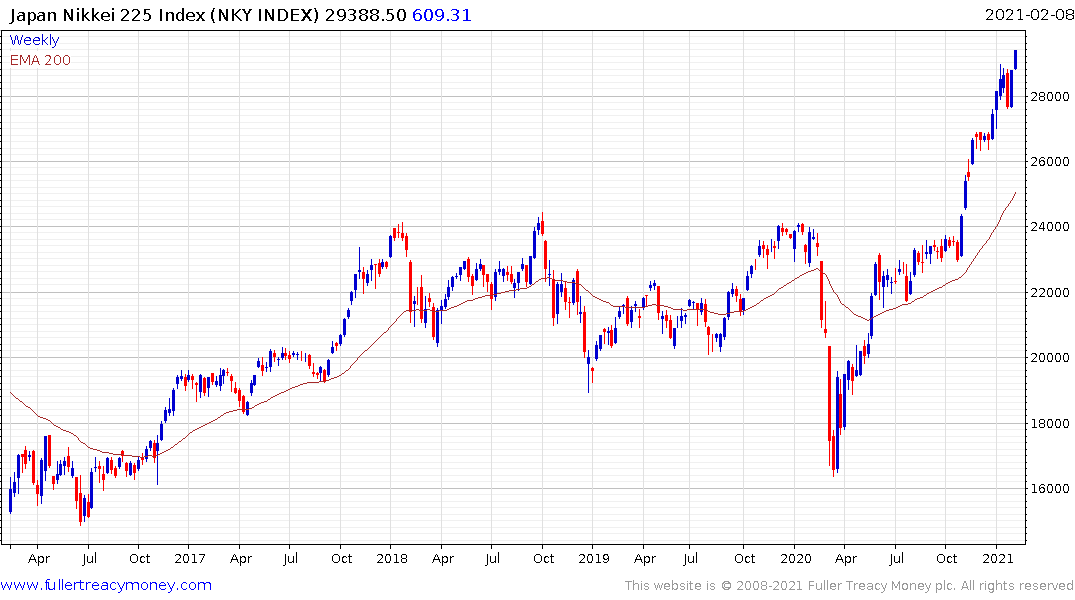 The Nikkei-225 Index continues to extend the breakout from its first step above the base. 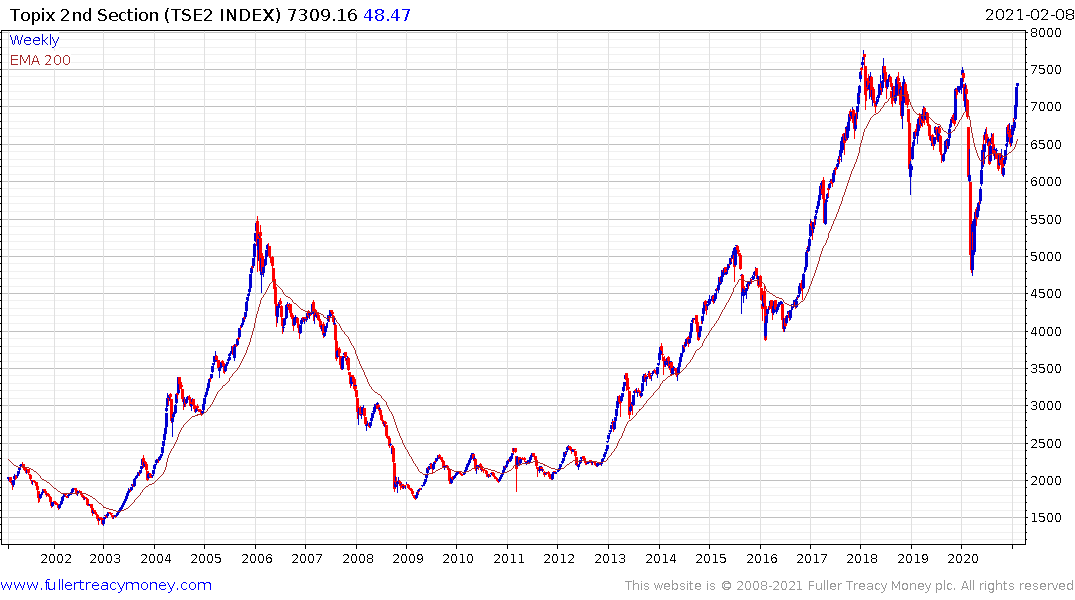 The Topix 2nd Section Index has led the wider market for years but has lagged over the last 12 months. It is now playing catch-up as it tests the upper side of the medium-term range. Historically, when Japanese small caps move to outperformance, the moves tend to be both impressive and persistent.