“Japanese stocks underperformed for a long time and their valuations were left as very cheap,” Hiroshi Matsumoto, head of Japan investment at Pictet Asset Management Ltd. in Tokyo. “A correction in cheaper valuation stocks have occurred globally and Japanese stocks are the most prominent example for that.”

September has been good to the Topix, which is set for its best month since October 2015. Up until late August, the gauge was one of this year’s worst-performers among the 24 developed markets tracked by Bloomberg.

Foreigners net bought 937 billion yen ($8.7 billion) of cash equities and futures in the week ended Sept. 13, according to Japan Exchange Group data. That was the fourth consecutive week of net buying.

The Topix Index (2.43%) currently yields more than the S&P500 (1.93%) which is both reflective of the compression in US yields but also the relatively high historical payout by Japanese firms. 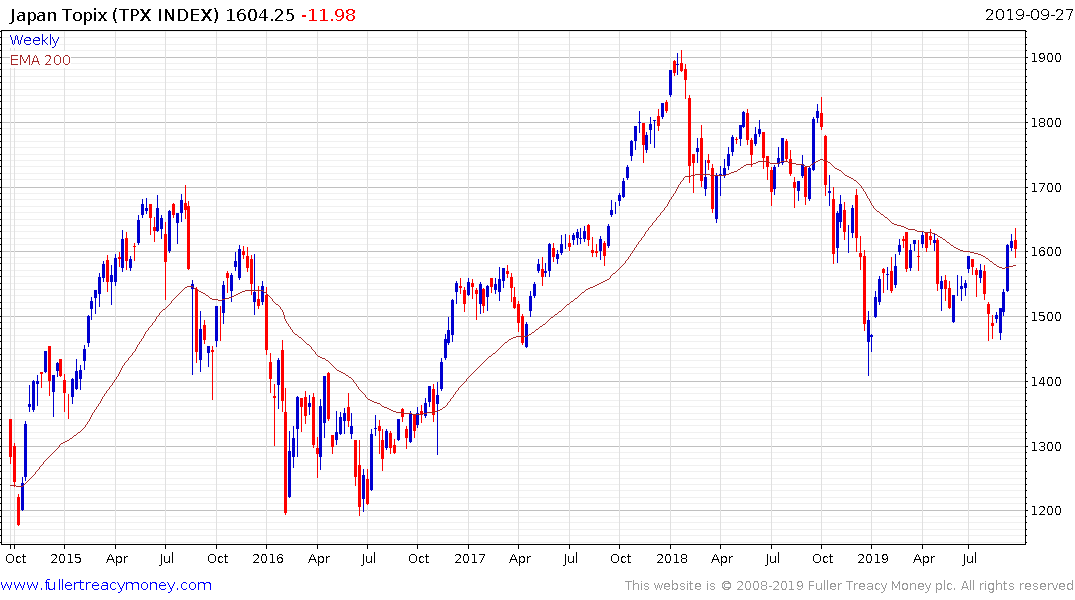 Generally speaking, yields above 2.5% on the Topix have now been sustained since 2008. The Index has been trending downwards since early 2018 but has rallied over the last few weeks to break the sequence of lower rally highs. A sustained move below the trend mean would be required to question potential for additional upside. 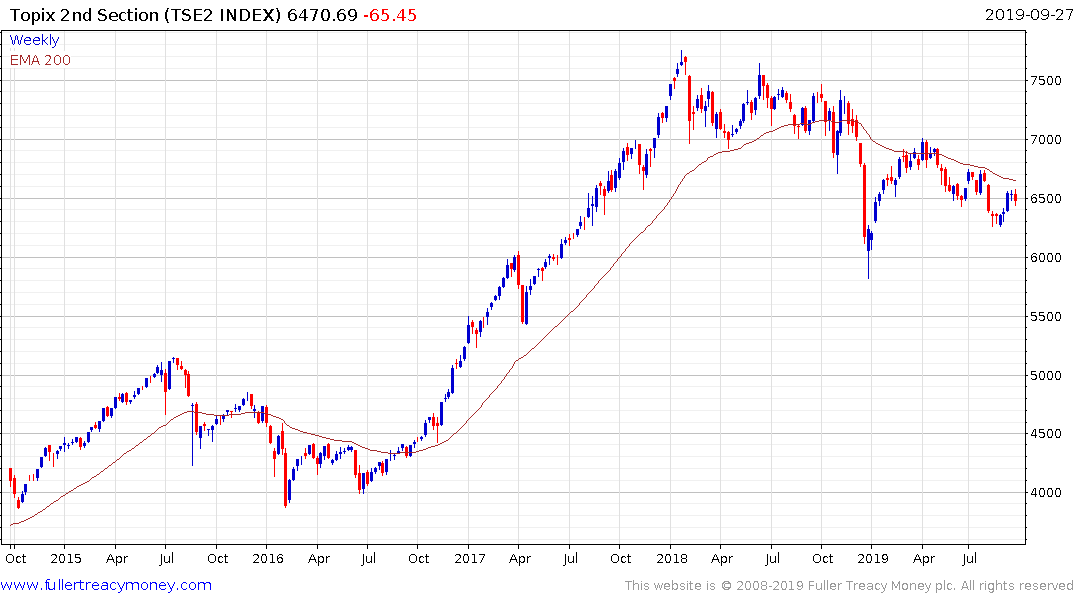 The Topix 2nd Section Index is a reliable lead indicator for the wider Japanese market. It needs to sustain a move above its trend mean to signal a return to demand dominance. 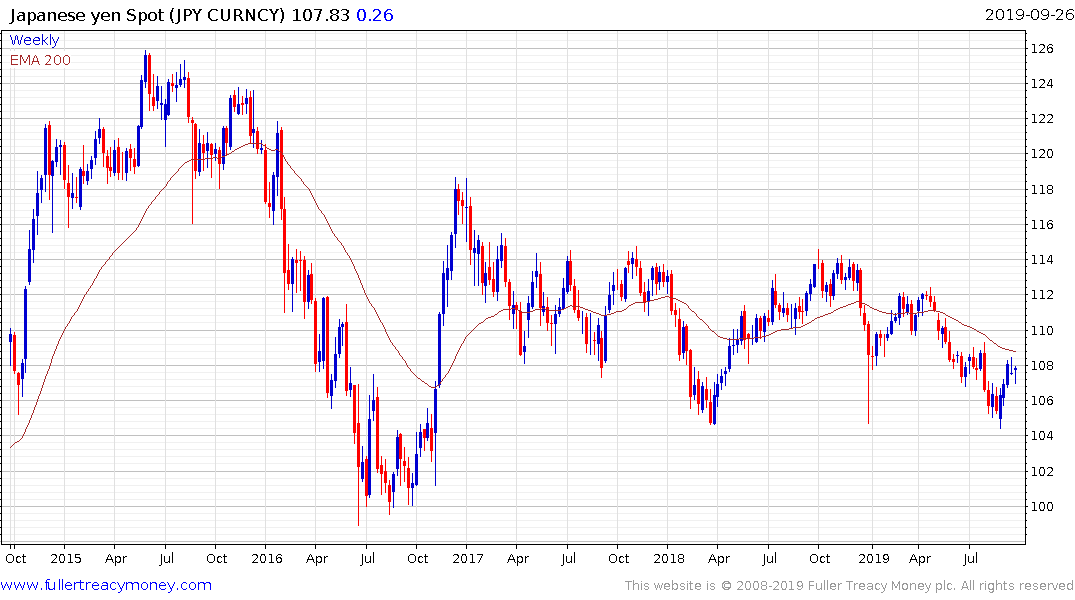 The Dollar has held a sequence of lower rally highs against the Yen for the last year. It is now testing that sequence and if it can sustain a move above 110, it would enhance scope for further stock market outperformance.