Japan's Topix Advances, Set for Best Quarterly Gain Since 2016
Comment of the Day

Japan’s Topix index advanced, set for its best quarterly gain since 2016, after the latest economic data out of the U.S. indicated the labor market is solid.

Banks contributed most to the benchmark measure’s Friday gains. The Nikkei 225 Stock Average slipped 0.4% to 23,837.72, as 30 of its components traded without rights to receive the next dividend, including Canon Inc. and Japan Tobacco Inc. Next Monday will be the last trading day of the year.

The Topix extended its gain for the quarter to 9.2%, the biggest such increase in three years. Japanese equities have rallied since September, bolstered by signs of easing tensions between the U.S. and China.

U.S. jobless claims fell to a three-week low of 222,000 in the week ended Dec. 21, in another sign of health in the U.S. economy. Major U.S. equity indexes climbed to fresh records Thursday in holiday-thinned trading.

The Yen tends to strengthen when investors are worried and seeking a safe haven. With worries about trade and geopolitics easing, demand for the Yen is moderating and that is helping to stoke demand for equities. 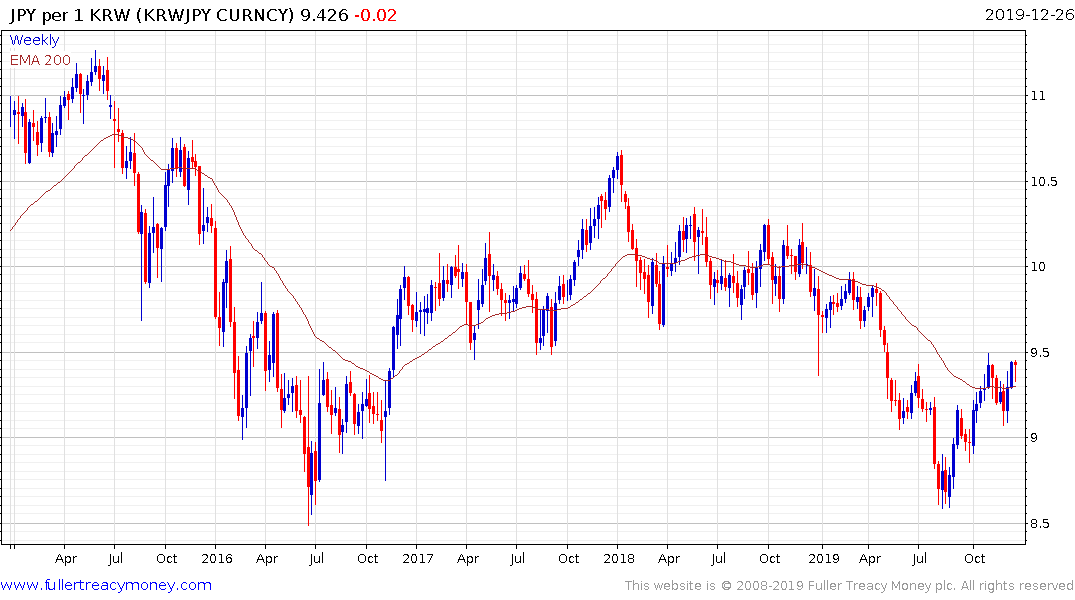 Both the Euro and Korean Won appear to be in the process of breaking their downtrends against the Yen. 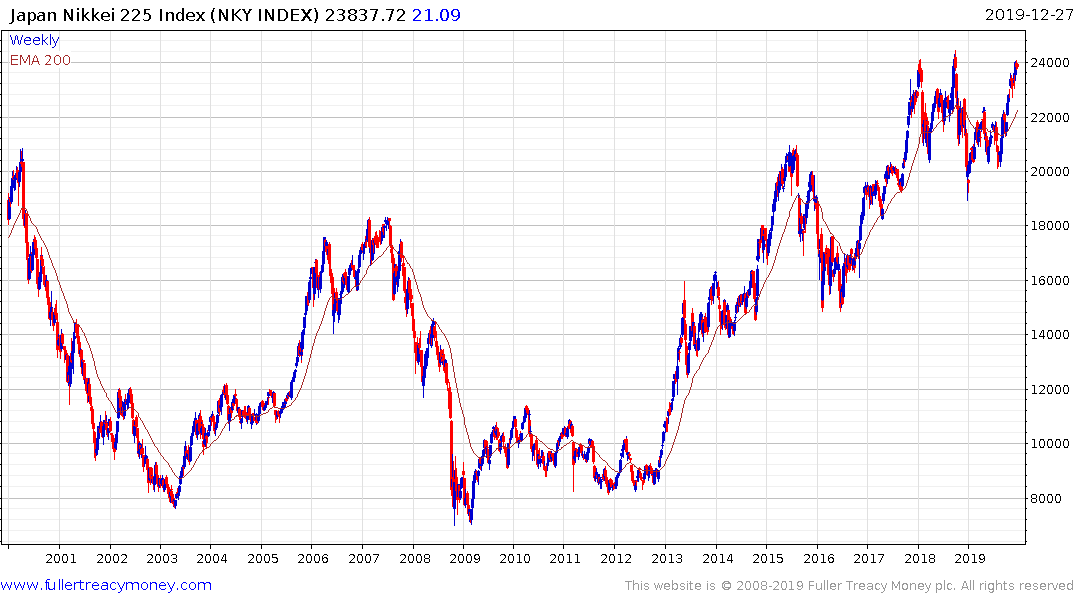 The Nikkei-225 continues to test the upper side of a two-year range and while some further consolidation is possible in this area a sustained move below the trend mean would be required to question potential for a successful upward break. 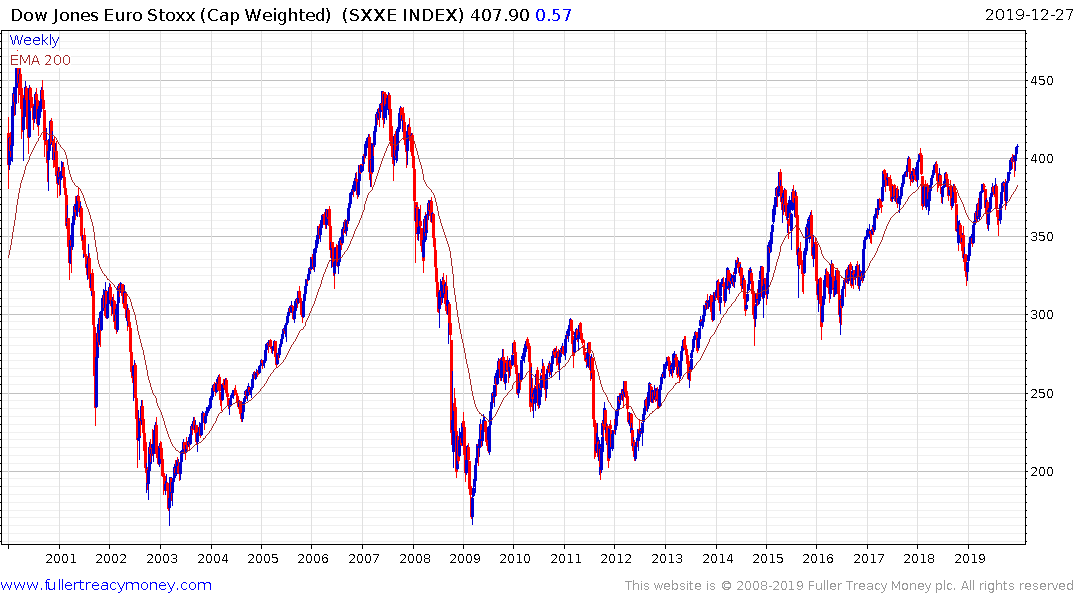 The Euro STOXX Index continues to hold its breakout from a four-year range. 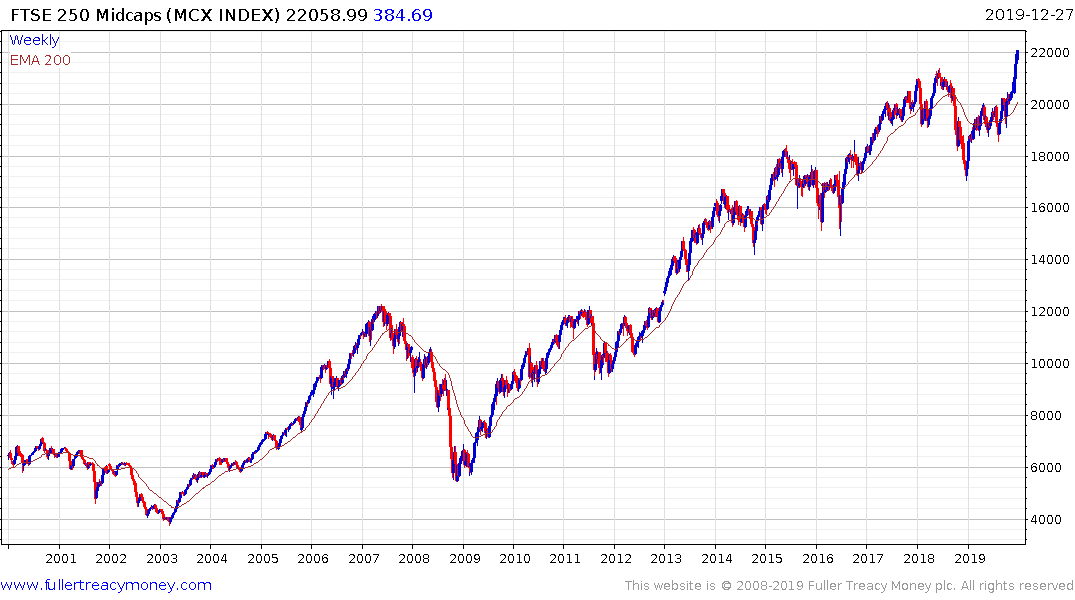 The FTSE-250 hit another new all-time high today as it continues to extend its breakout.

With easing demand for Dollars and Yen, there is clear potential for a rotation into emerging markets and undervalued developed markets where investors have potential for capital and currency market appreciation.