The three declared candidates vying to become Japan’s next leader offer an economic choice between a renewed drive to stoke inflation, a bid to rebuild the middle class, or an acceleration of digital reform that puts growth before price targets.

Not surprisingly, with an election looming, Sanae Takaichi, Fumio Kishida and Taro Kono have each promised to put together stimulus packages to help regain recovery momentum in an economy hit by the delta wave.

One of the biggest takeaways from the pandemic is no party is willing to run on a fiscal austerity platform. Voters might disagree on priorities like growth or social services but no one wants to pay for additional spending or endure a loss of services. That change of priorities suggests politicians have learned from past failures and are determined to give the people what they want. The implication is we are going to see continued outsized government spending remain a priority relative to revenue raising on a global basis for the foreseeable future. 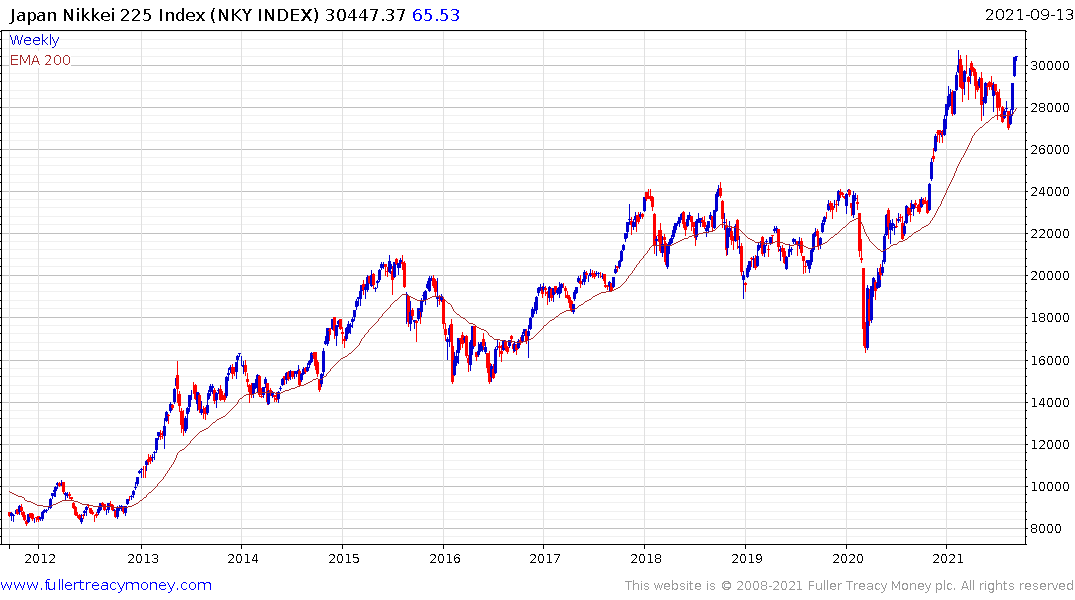 The Nikkei-225 Average continues to extend its rebound from the region of the trend mean. 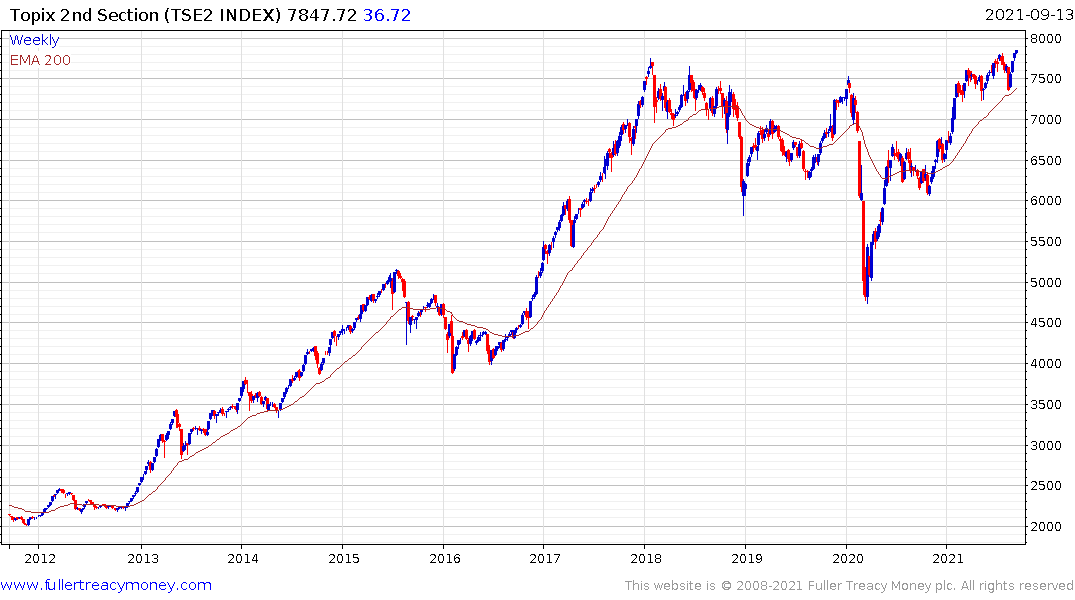 The Topix 2nd Section Index has also rebounded from the region of the trend mean in an emphatic fashion and hit a new all-time today. That’s a confirmatory signal that demand for Japanese equities is back in dominance.