Japan's coming Golden Age of Activism
Comment of the Day

This Time is Different: We believe that there are at least 10 reasons why activist investors will be far more successful this time than they have been in the past. On the corporate side these reasons include adoption of the Corporate Governance and Stewardship Codes which provide powerful tools to activist investors; an increase in the number of independent outside directors which changes board dynamics; and broad adoption of share based compensation plans which changes the incentives for top managers. In terms of the economy, this trend is supported by the tight labor market which makes the restructuring of underperforming segments easier and the need for higher returns on savings and pension assets to support the rising retiree population. There are also broad changes in the attitudes of corporate managers, politicians and the media. Politicians are worried about the increasing sophistication and competitiveness of Chinese companies, which would change the geopolitical balance unless corporate Japan regains its vigor. Japanese media has developed a more positive attitude to activist investors, no longer calling them "vultures." Finally, there is a generational change underway at Japanese companies with post-bubble hires now reaching age 50 and moving into managerial positions.

Long-term trends change the fundamentals of a market and Japan is one of the most relevant examples of that in the world today. The deflationary environment has prevailed for so long that that I am reminded of the quip from the commodity markets “those who know it best, love it least because they have been disappointed the most”. 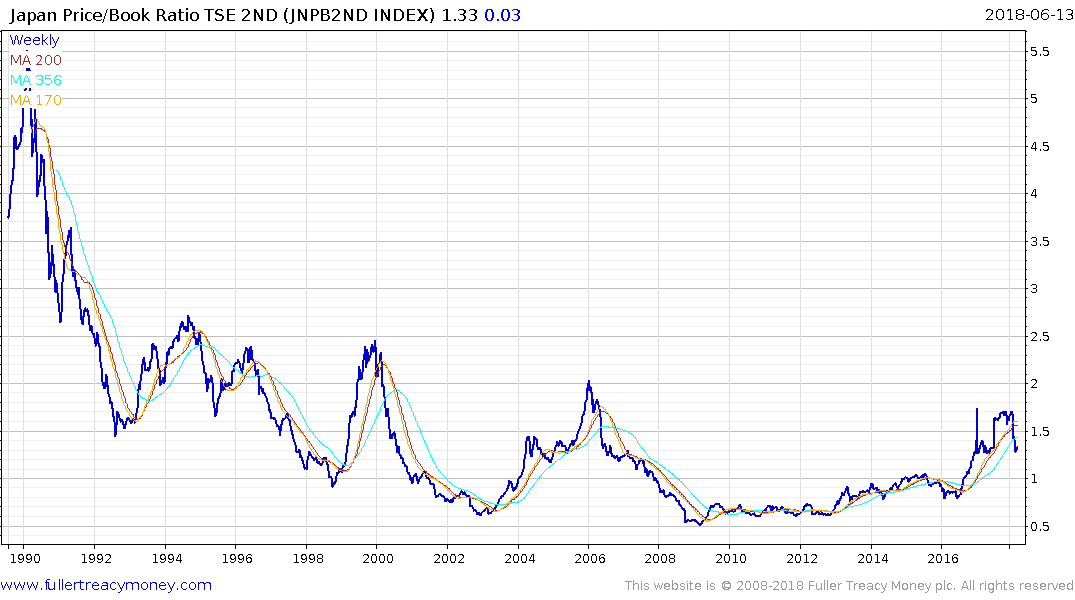 The relative value represented by Japan is one of the fundamental drivers of the medium-term bull market in the country’s stocks along with continued support from central bank buying. However, that does not mean Japan is immune from what is might best be described as a deteriorating trade relationship between the USA and China. 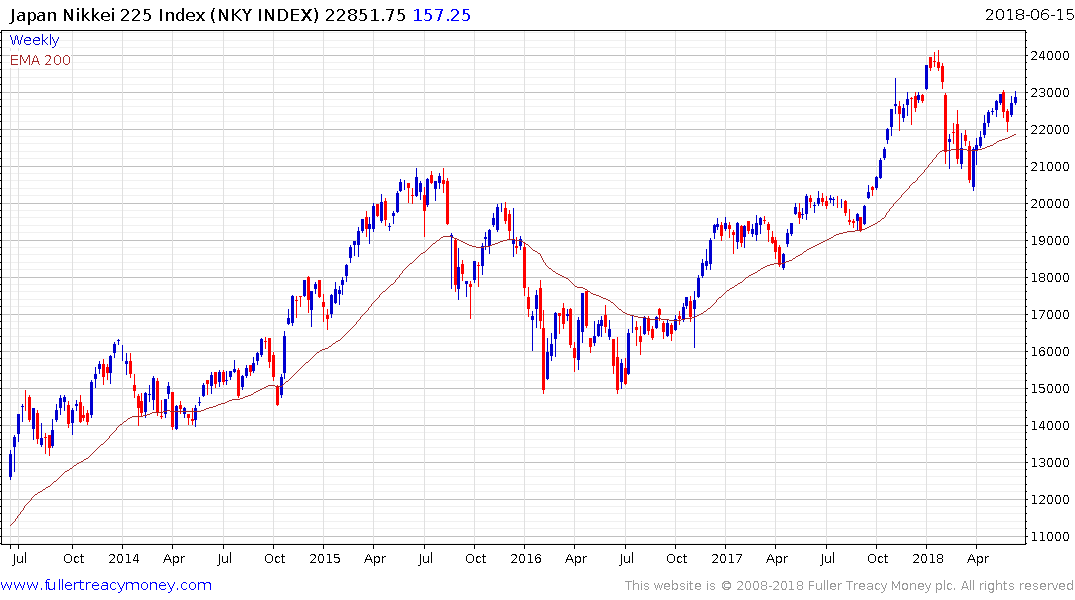 The Nikkei-225 has been consolidating above the psychological 20000 level since breaking conclusively above it in September. It is currently pausing above the trend mean but a sustained move below the March low would be required to question medium-term upside potential.