“The number of positive surprises in first-half results has been greater than expected, so gains in earnings revision should accelerate and we expect more funds to flow in from overseas,” strategists led by Masashi Akutsu said in a note this week.

Japan has come through the pandemic better than most other developed countries. That’s a particularly admirable result considering the large numbers of elderly people in the population. The prospect of a return to growth for the export-oriented portion of the economy has helped to spur interest in the Nikkei-225 over other domestic indices. 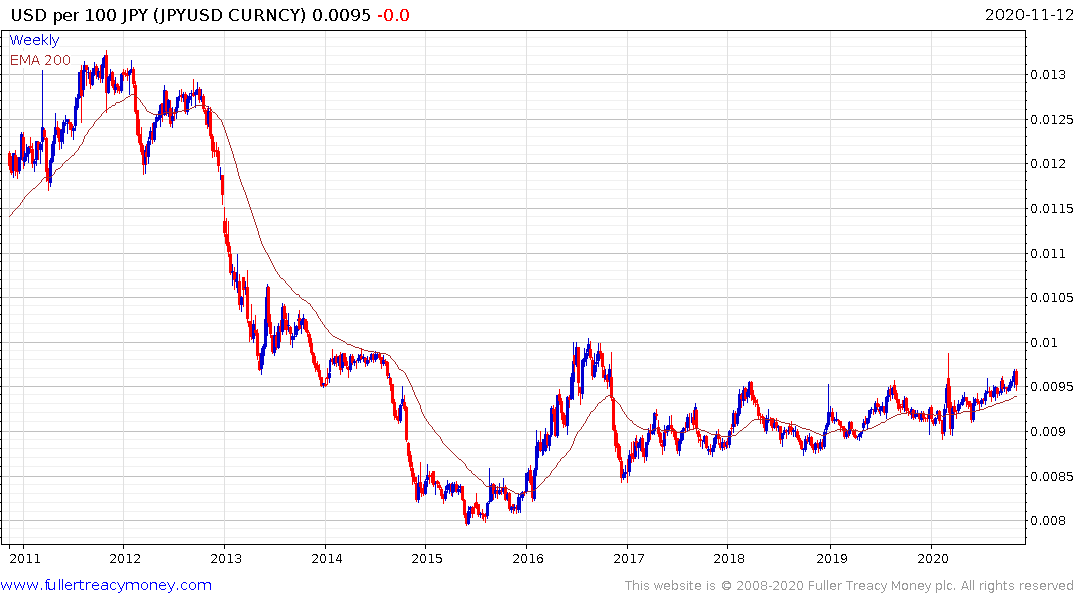 ​The Yen remains a significant factor for international investors. The Yen usually rallies during times to stress but it fell sharply on this occasion. It pulled back sharply on Monday with the one-day panic in the momentum factor which resulted in the Nasdaq-100 putting in a downside key day reversal. 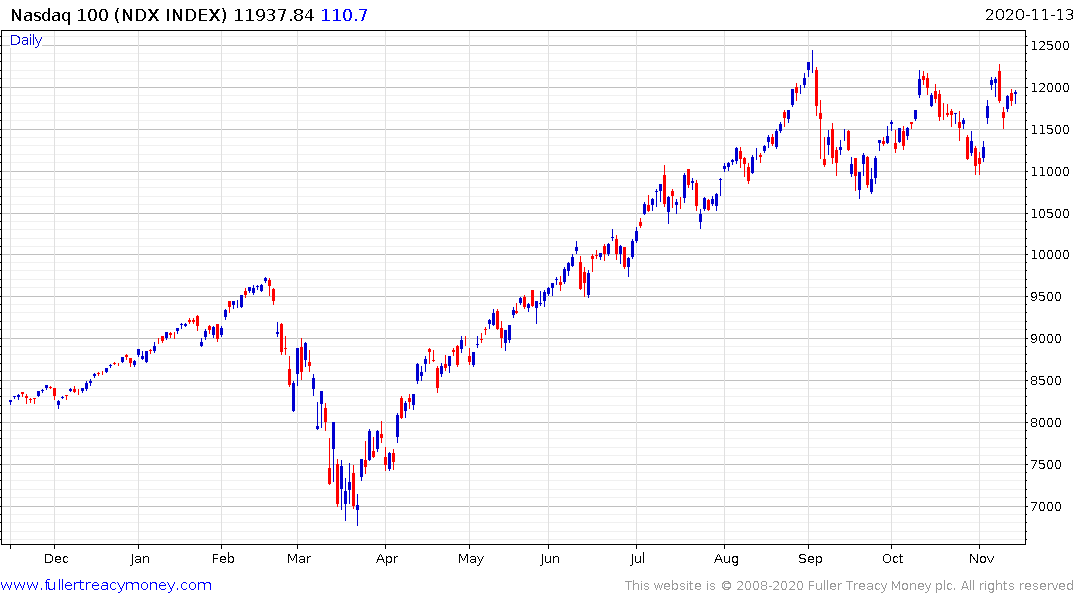 That suggests unwinding of a pairs trade to short volatility and go long the Yen. In a roundabout fashion that indicates, upside for Wall Street is dependent on a weak Dollar, which is exactly the same argument used for investing in Japan during the early phase of Abenomics.

At Wall Street recovers, the Yen is rebounding from its recent lows. The currency’s medium-term sequence of higher reaction lows remains intact suggests base formation completion in due course. 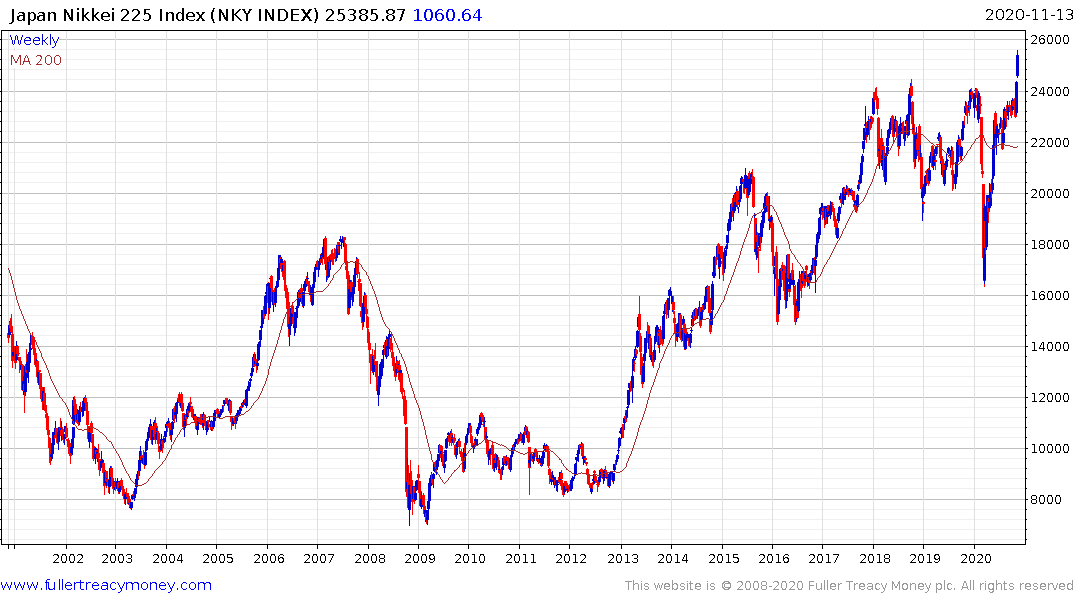 The Nikkei-225 broke out to new recovery highs today to complete a three-year first step above the long-term base. A clear downward dynamic would be required to question medium-term scope for additional upside. 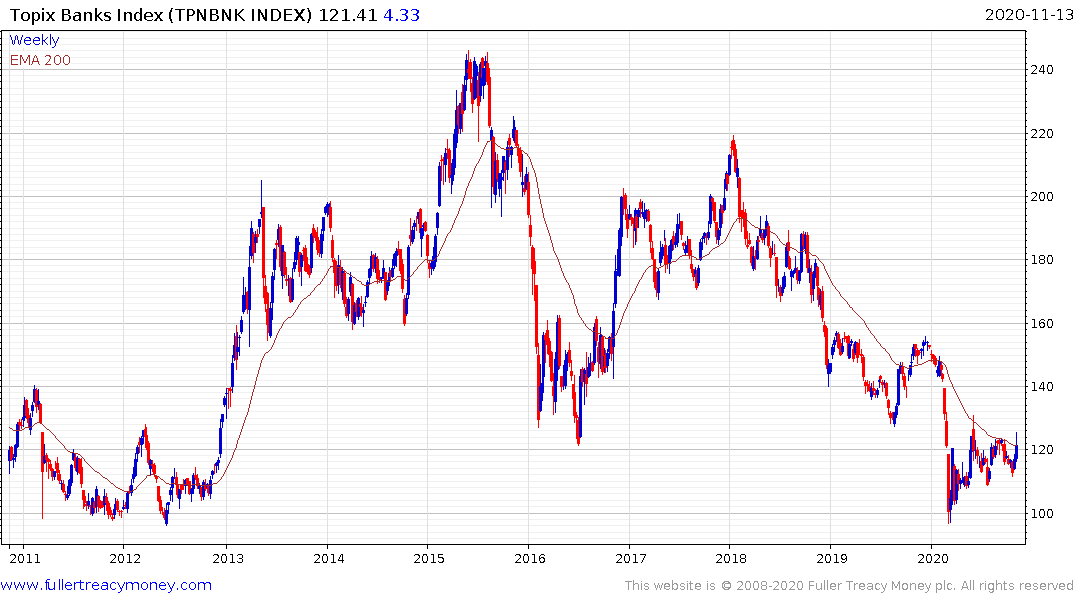 The Topix Banks Index is tracing above its trend mean for the first time since February. It will need to hold the 120 area if recovery potential is to remain credible. 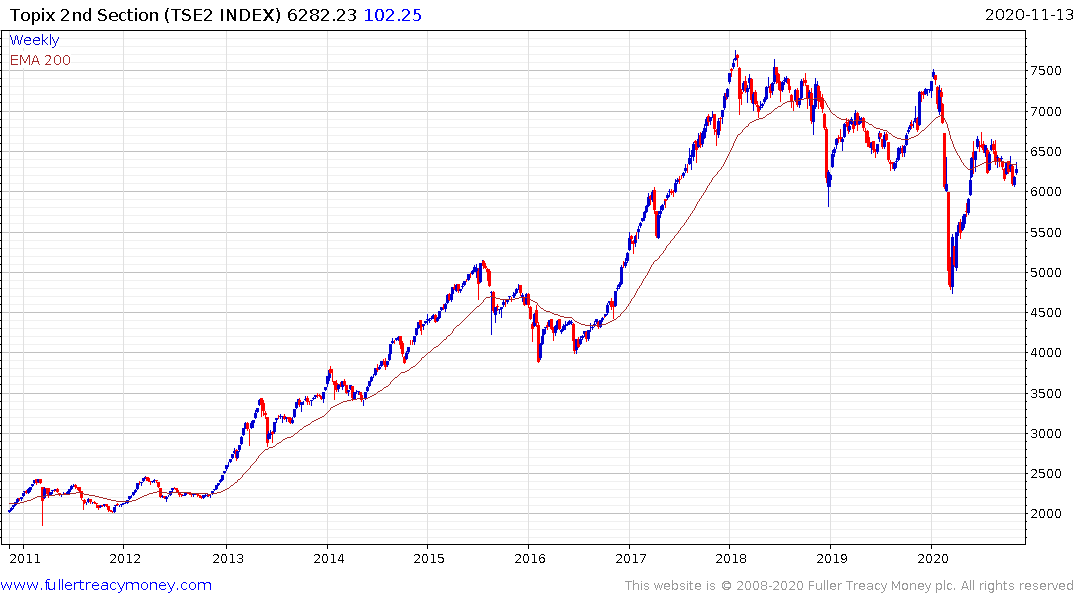 The Topix 2nd Section Index has yet to break its 3-year downtrend and will need to at least sustain a move above 6500 to signal a return to demand dominance beyond the short term.