“In any country, the positive impact of extra monetary stimulus is limited, which is especially true in Japan and Europe where rates have turned negative. You have no effective choice but to execute fiscal measures to support growth,” said Harumi Taguchi, Tokyo-based principal economist at IHS Markit.

Earlier in the day, Abe described the stimulus as a three-pillared package designed to aid disaster relief, protect against downside economic risks and prepare the country for longer-term growth after the 2020 Tokyo Olympics.

He said the stimulus would be funded by a supplementary budget for the current fiscal year ending in March, and special measures in the following year. The package outlines 4.3 trillion yen in funding for the measures in an extra budget this fiscal year.

This stimulus helps to unwind some of the negative impact from the sales tax hike earlier in the quarter and is a further iteration of the global surge in fiscal stimulus as the expected positive growth effects of quantitative easing failed to materialise. 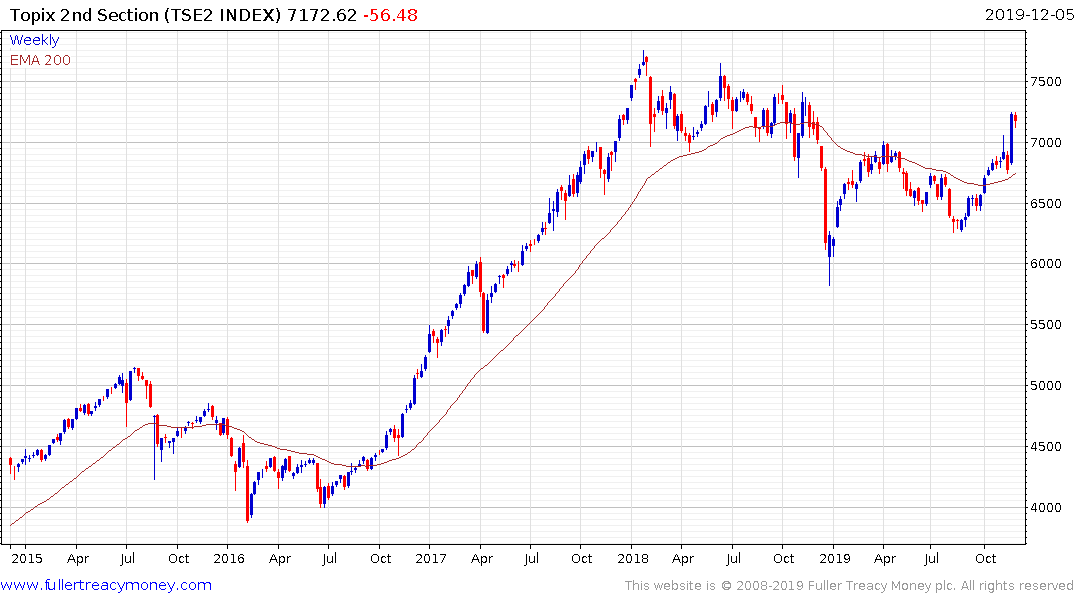 The Topix 2nd Section Index rallied last week to confirm support in the region of the trend mean and to break the almost two-year downtrend. A sustained move below 6700 would now be required to question medium-term scope for additional upside. 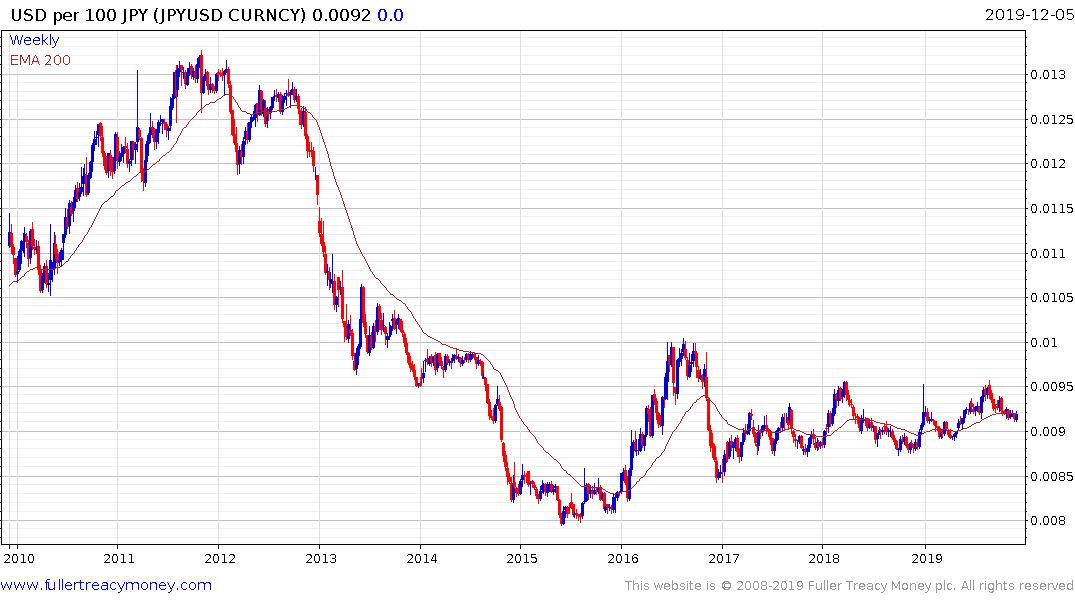 The Japanese Yen continues to hold a mild upward bias against the US Dollar and will need to break the sequence of higher reaction lows to question potential for continued higher to lateral ranging. A much more aggressive spending plan would be required to signal intent to sharply devalue the currency again. 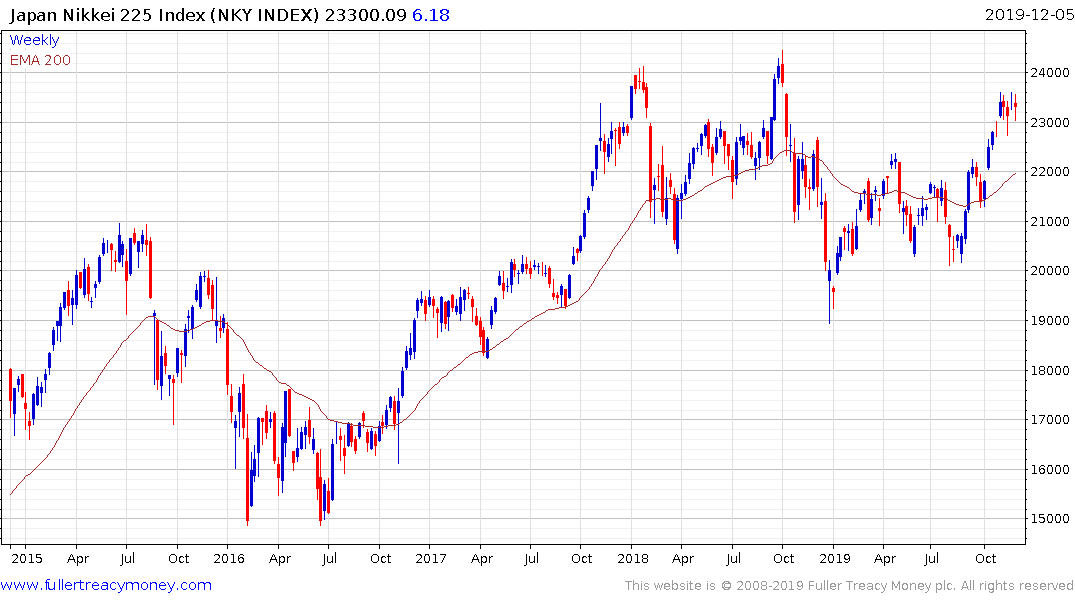 The Nikkei-225 continues to form a first step above its decades-long base formation and a sustained move below 20000 would be required to question that view. 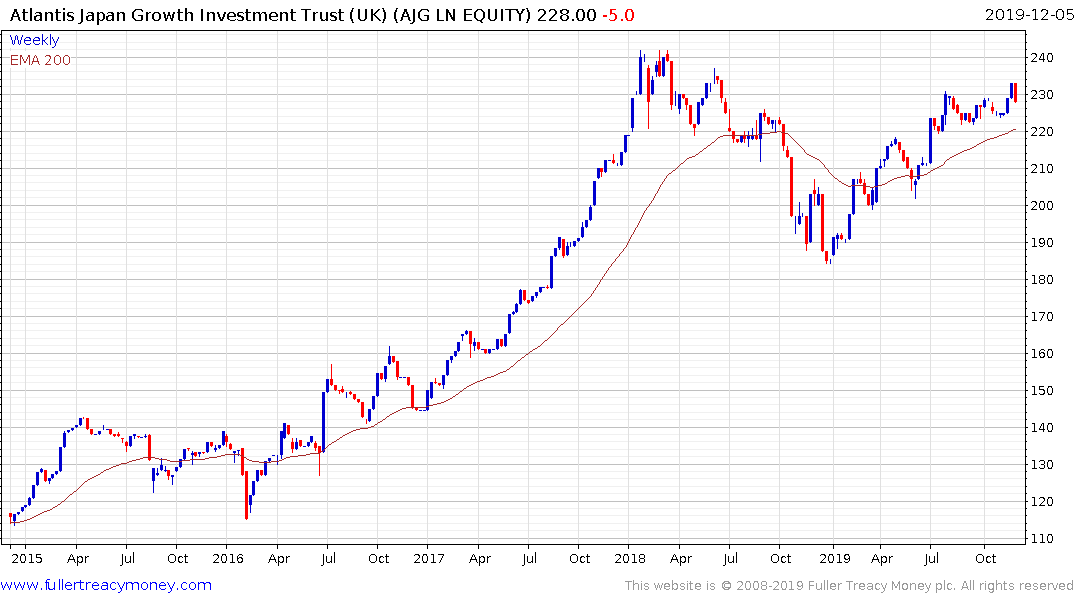 The UK listed Atlantis Japan Growth fund trades at a discount to NAV of 11.72% and has a similar pattern to the 2nd Section.