“The upcoming elections will not be political, but instead a real and true referendum ... between who wants Italy to be a free country and who wants it to be servile and enslaved,” League leader Matteo Salvini said on Monday.

“Today Italy is not free; it is occupied financially by Germans, French and eurocrats.”

The euro, bonds and stocks initially rallied on Monday after President Sergio Mattarella vetoed Savona’s nomination, but relief turned to fear over snap elections. The gap between Italian and German 10-year bond yields, a measure of Italian risk, widened to its highest in over four years.

“The election is going to resemble a referendum, de facto, on the European Union and the euro,” said Francesco Galietti, head of political risk consultancy Policy Sonar in Rome. “It’s an existential threat for the entire euro zone.”

The situation unfolding in Italy is another example of Europhile bureaucrats telling people what they should think. If one were to ask the simple question of whether governance is improving or deteriorating in the Eurozone the answer would have to be deteriorating. If a democratically elected coalition cannot take power after an election, then people will rightfully be asking what is the point of a plebiscite at all? This holds out of the prospect of another election which will be as much about the democratic process as it is about continued participation with the EU. 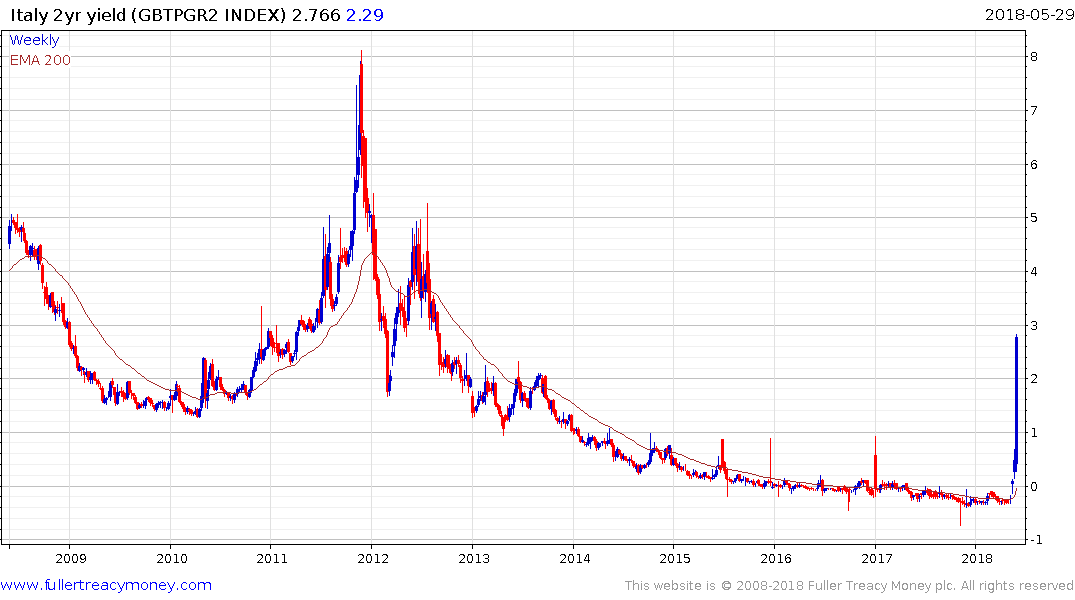 Italian 2-yr yields soared today suggesting a retest of the 2011 8% levels is not an outlandish prospect. It is at that point even a populist government will be faced with the choice of fiscal rectitude or default. 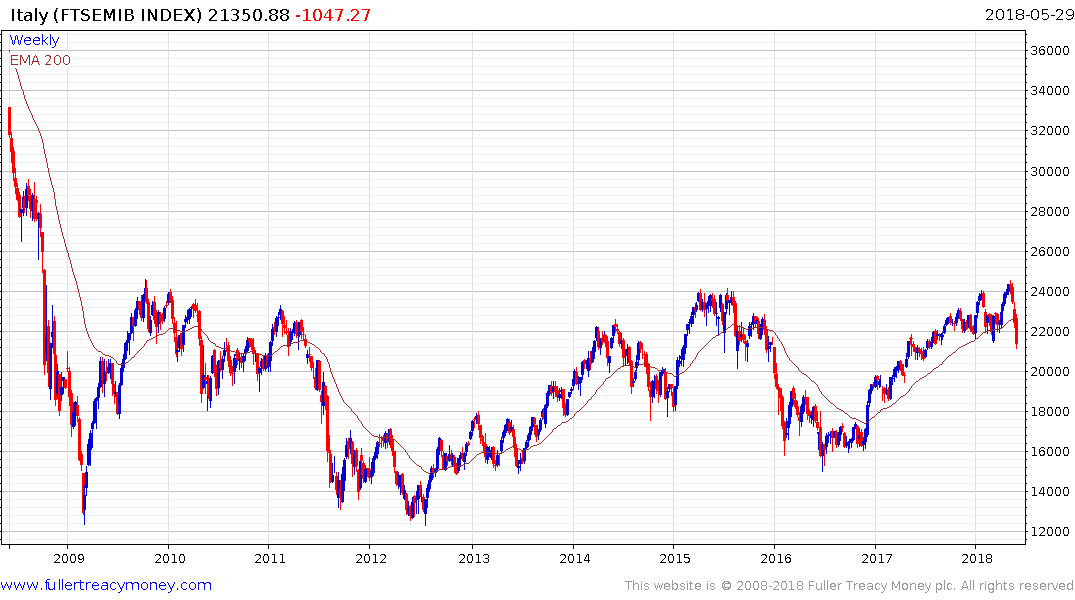 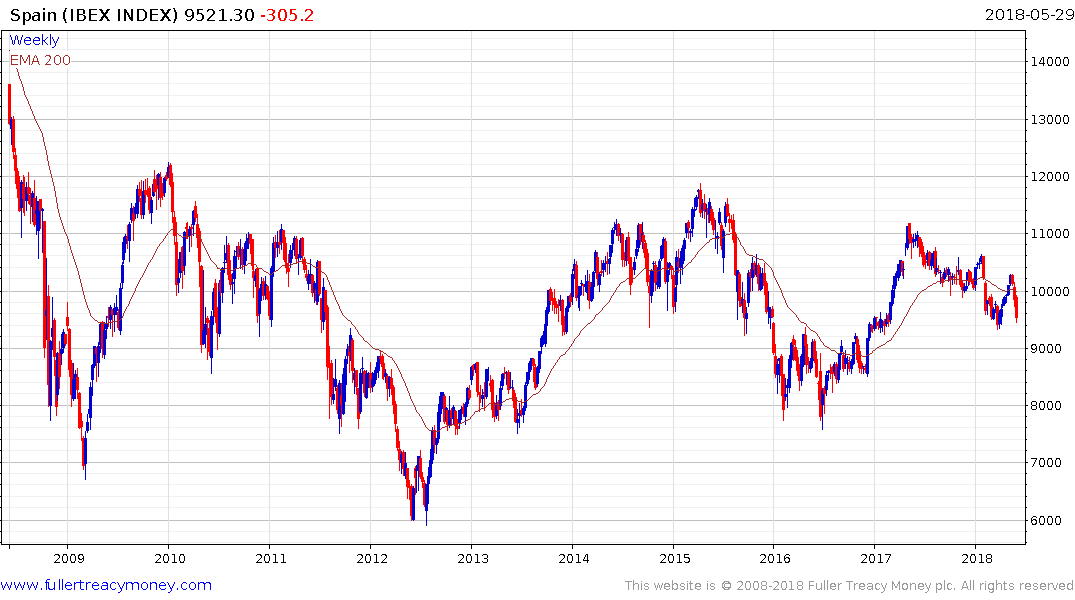 That uncertainty has a deleterious effect on stock markets today but most especially in the Spanish and Italian stock markets. This article from Zerohedge highlights the fact that a good many Eurozone lenders are heavily exposed to Italian sovereign debt with Banco de Sabadell being among those with the most debt as a percentage of total capital. 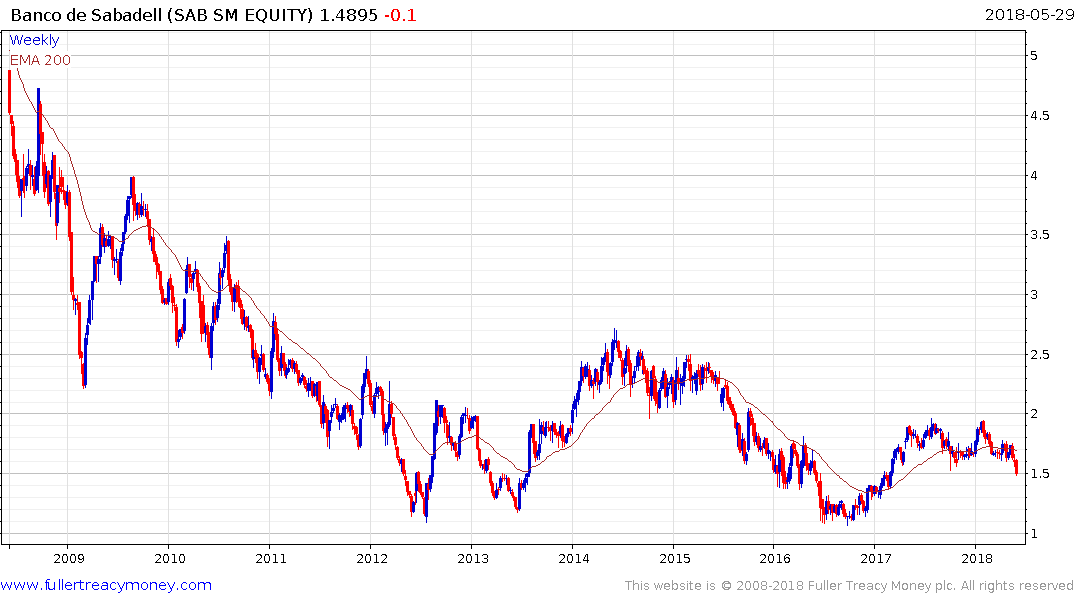