It's Not Just Poppies by Eoin Treacy

Plus, it would be many years before any mines would be developed, even if (as now seems possible) the Chinese are allowed by the Taliban to bring their can-do attitude to the task.

China has been cosying up to the Taliban (some of their leaders were on a Beijing visit a few weeks ago) and the Chinese government made it clear this week they had "maintained contact and communication" in recent days with the bearded ones now in charge in Kabul.

China has also said it wishes to help the "reconstruction and development" of Afghanistan.

Clearly, Beijing wishes to draw Afghanistan into its Belt and Road Initiative (BRI). It is a telling detail that the 76km-long border between the two countries includes a pass that was a route on the old Silk Road, the template for the new BRI. Expect to see a highway and rail line this time rather than horses and camels.

China may be able to achieve what others have failed to do: make Afghanistan a vassal state. In that case, they will have under their control Afghanistan's mineral wealth.

The British Raj failed to subdue the Afghans — it's famous retreat from Kabul in 1842 ended with the entire 16,000-man army dying or being killed. Then the Soviet invasion came a cropper in more recent years.

And now the Americans have been humiliated.

Rare earths would be uppermost on Beijing's mind when it comes to mineral resources.

The USGS estimated that rare earths in Helmand province could contain up to 1.4 million tonnes of rare earth elements, which would dwarf what Australia could potentially supply to the world. China's control of those resources, as well as their downstream processing capabilities, would enable Beijing to maintain its stranglehold on those vital critical metals.

And presumably the Chinese would like to get their hands on the iron ore.

The mineral wealth of Afghanistan will inevitably be developed by whoever wins the looming civil war. China has a clear interest in furthering its political encirclement of India and will be eager to develop mining opportunities to fuel the high-tech sector. It is debatable how amenable the Taliban will be to China overtures when Xinjiang is only over the border from Afghanistan. 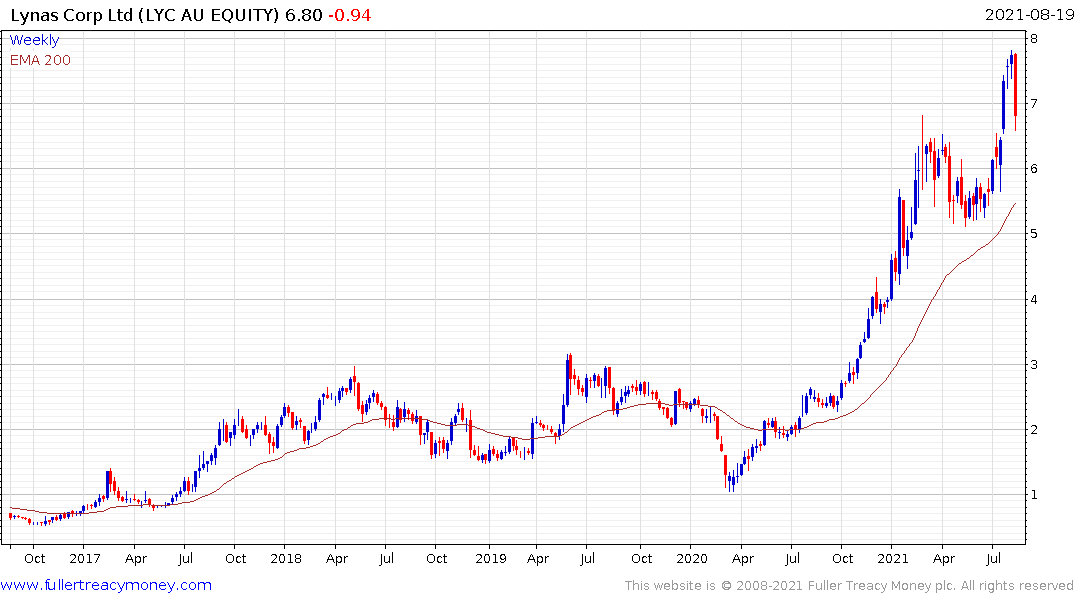 Lynas Corp pulled back over the last week and is now testing the upper side of the underlying range. A sustained move below the trend mean will be required to question the consistency of the medium-term uptrend. 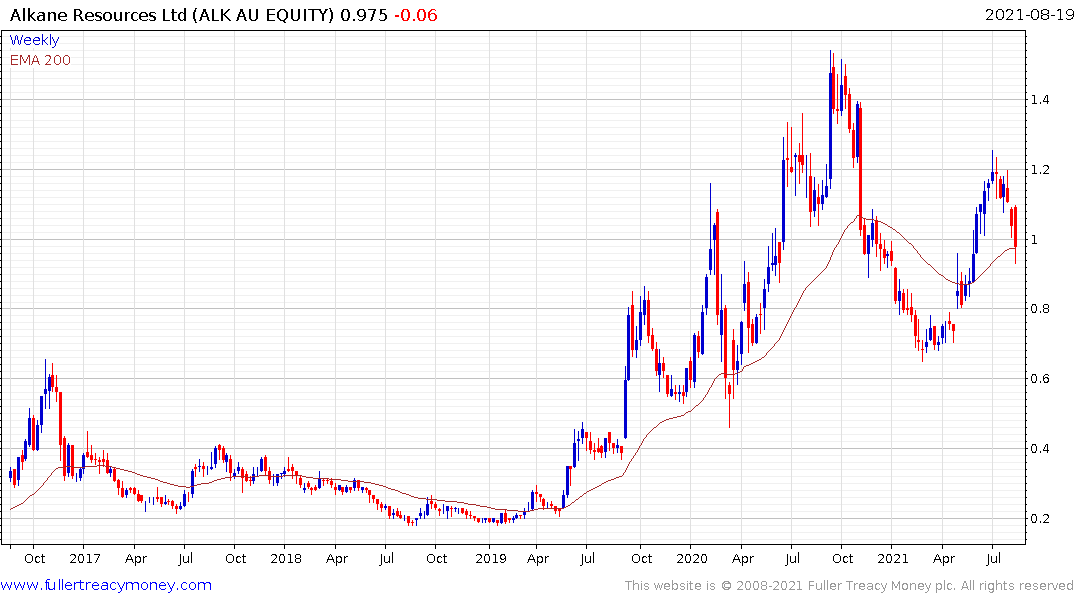 Alkane Resources is trading in the region of its trend mean.