“If we take any more fish out of the ocean—what we call wild-caught—then literally the ecosystem could collapse,” said Alan Shaw, the chief executive of Calysta, a Menlo Park, Calif.-based startup that is among the first companies to use bacteria to convert natural gas into protein that can be used as an alternative fish feed. Calysta operates a factory in northeast England where its bacteria feed on methane producing single-cell proteins that are dried and packaged into pellets it calls FeedKind.

The company announced a $30 million investment from BP in June, which gave the British energy giant the right of first refusal to supply natural gas to Calysta’s future factories. It already had a partnership with Thai Union, an Asian seafood giant, which says trial shrimp grown on Calysta’s bacterial protein taste the same as those fed traditional diets that include fish.

Fish farming remains a growth business with leverage to both the growth of the global consumer and the need to substitute global fish stocks with additional supply in order to feed all those people. Additionally, the desire to consume more protein and more “heart healthy” fats is on a growth trajectory. 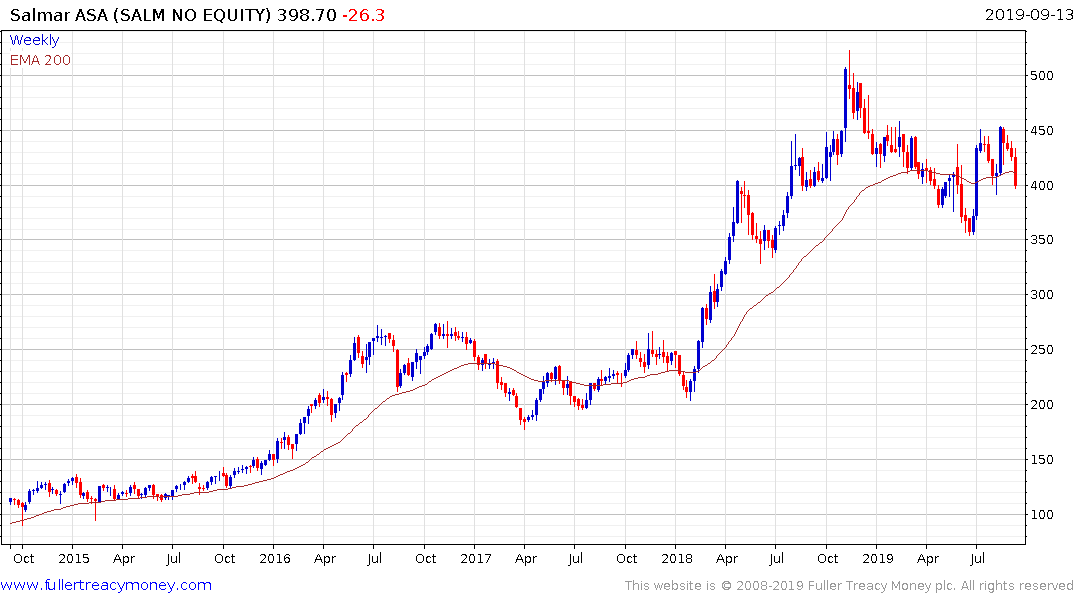 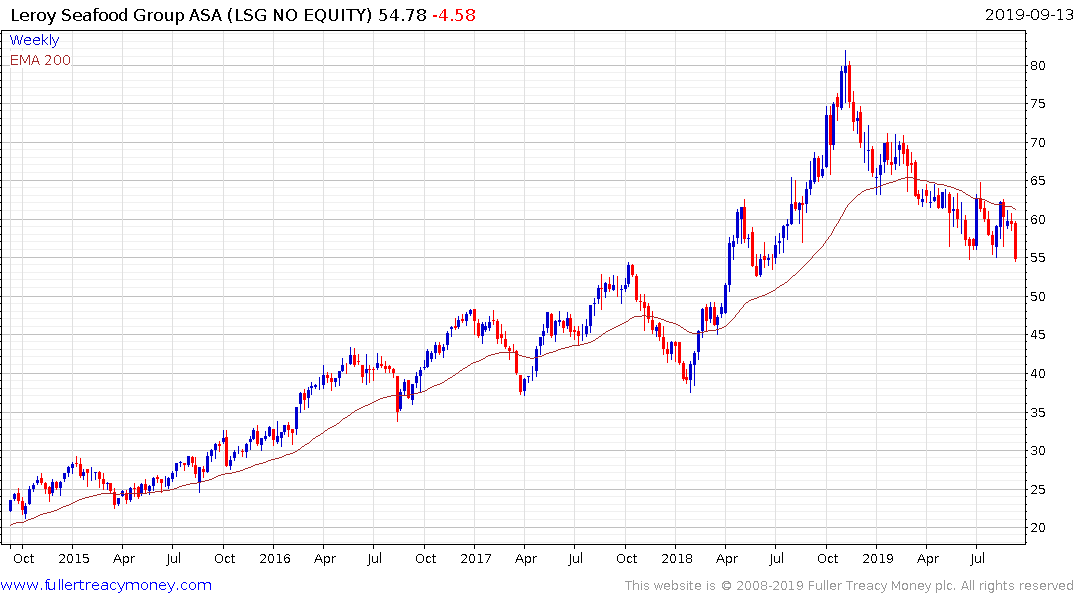 The share prices of the primary salmon producers like Salmar and Leroy Seafood suggests these factors are priced in. They both have experienced significant trend consistency deterioration and have not participated in the recent stock market rebound despite the weakness of the Norwegian Krone. 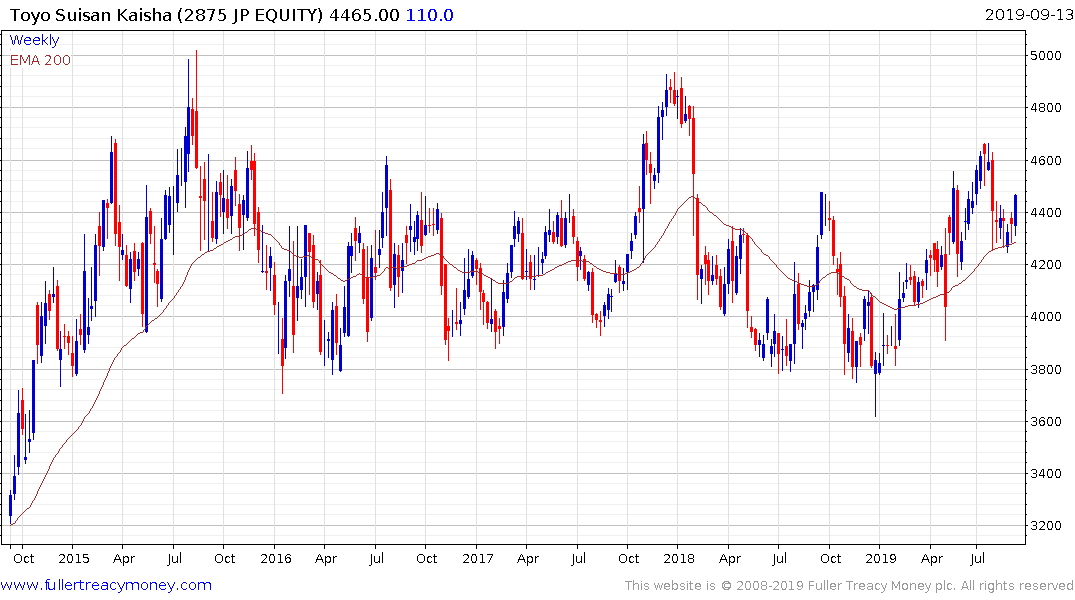 Japanese producer Toyo Suisan Kaisha is bucking that tend, however and is rallying from the region of its MA.

One of the points from the above article that drew my attention was the use of methane to produce protein. With natural gas prices so low it is inevitable that additional uses for the commodity will be found so this technology has potential to be commercialised.