Israel, the oil producer, is about to have the last laugh
Comment of the Day

Israel, the oil producer, is about to have the last laugh by David Fuller

The joke has been told by generations of Jews, most famously Golda Meir, the former Prime Minister of Israel. Why did Moses lead us to the one place in the Middle East without oil?

But an updated version may be required if Harold Vinegar and his colleagues get their way. Dr Vinegar, the former chief scientist of Royal Dutch Shell, is at the centre of an ambitious project to turn Israel into one of the world's leading oil producers.

Israel Energy Initiatives, where Dr Vinegar is chief scientist, is working on projects to extract oil and natural gas from oil shale from a 238 sq km area of the Shfela Basin, to the south and west of Jerusalem.

Oil shale mining is often frowned upon, not least by the environmental lobby, as a dirty process that is both energy and water intensive. IEI believes that its technique will be cleaner than that of other operators because the oil will be separated from the shale rock up to 300 metres beneath the ground. Water will be a byproduct of the process rather than being consumed by it in large volumes.

The marginal cost of production, IEI estimates, will be between $35 and $40 per barrel. This, Dr Vinegar points out, is cheaper than the $60 or so per barrel that it costs to extract crude from inhospitable locations such as the Arctic, and compares with $30-$40 per barrel in some of the deepwater oilfields off the coast of Brazil.

"These Israeli deposits have been known about, but have never been listed before. It was previously assumed there was not the technology to deal with it.

David Fuller's view Israel already has a high-tech economy and the successful development of its oil shale reserves within a decade would make it an extremely wealthy country.

More importantly, effective oil shale technology, developed within a decade of shale gas technology, is another 'game changer' for the global economy.

Less than ten years ago many of us were seriously worried about 'Peak Oil', due to the finite supply of conventional crude supplies and a remorseless increase in demand for the world's most important commodity. For a global economy run on oil, the prospect of a worldwide shortage and a series of price spikes in energy costs were a recipe for widespread recession and even depression.

There are risks to the upside for oil prices over the next few years, as we have been reminded by recent events in the Middle East. However, 10 to 15 years from now the world will be awash in oil and gas, due to the development of supplies previously locked in shale rock. By 2025 I would not be surprised to see the price of crude oil lower in real terms than it is today. 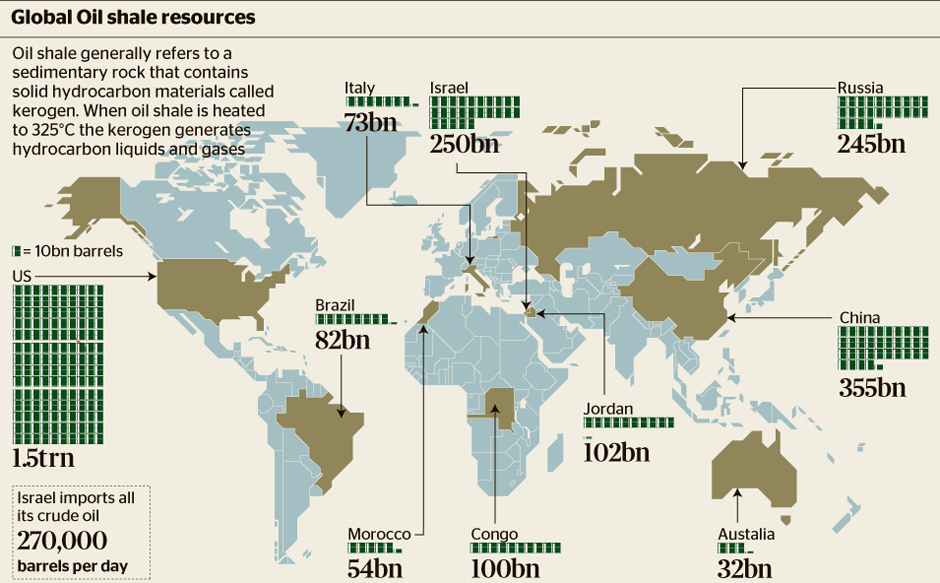 This unexpected bonanza of cheap oil and gas should underwrite a global GDP growth supercycle of unprecedented proportions. With the supply of fossil fuels secure for decades, only an exogenous event of biblical proportions could derail this growth supercycle.

Many people, including a number of eminent scientists, fear that climate change is likely to be the cause of an environmental catastrophe. I take this terrifying risk seriously, whatever the causes of climate change. We will need to burn fossil fuels more cleanly. I believe we also need more nuclear power because it remains by far the most effective source of green energy