Is silver due to catch up?
Comment of the Day

Is silver due to catch up? by Eoin Treacy

The gold:silver ratio touches 90
Interest in silver has been pretty much non-existent. Its performance has been poor, falling behind both precious and industrial metals. Volatility, although still higher than gold, has not been high enough to attract even very short-term players. This is because silver suffers from both the broad range in gold in the past few years and slower global growth, not to mention growing downside risks amid uncertainty around trade. Positioning has turned net short recently and ETFs have been net sellers of over 11moz YTD, reflecting poor sentiment. Generally, we have not been receiving many questions on silver for some time now. But if anything, there is always the occasional question especially from those who are watching the gold:silver ratio quite closely. With the ratio continuing to rise in gold's favour, recently touching 90, there have probably been a few more questions largely around whether this signals a buying opportunity for silver in a scenario where gold is looking more positive. The challenge is that it will probably take much stronger conviction that gold would break the topside of the broad range this time around in order for investors to feel more comfortable expressing that view in silver as well. At the moment, our recent conversations suggest that although most people are getting bullish on gold, they are doing so only up to a point, at least for now. Conviction starts to falter beyond the $1375 highs printed in the last few years. Despite relatively dovish Fed commentary of late and the extent of dovish pricing in the rates market, our US economists maintain the view that the bar for the Fed to cut remains quite high, unless the data deteriorates further.

The Gold/Silver ratio is at rather extreme but not the most extreme levels seen historically. David long described silver as high-beta gold and poor man’s gold. The less liquid nature of silver trading and the various use cases for the metal contribute to it being more volatile than gold. 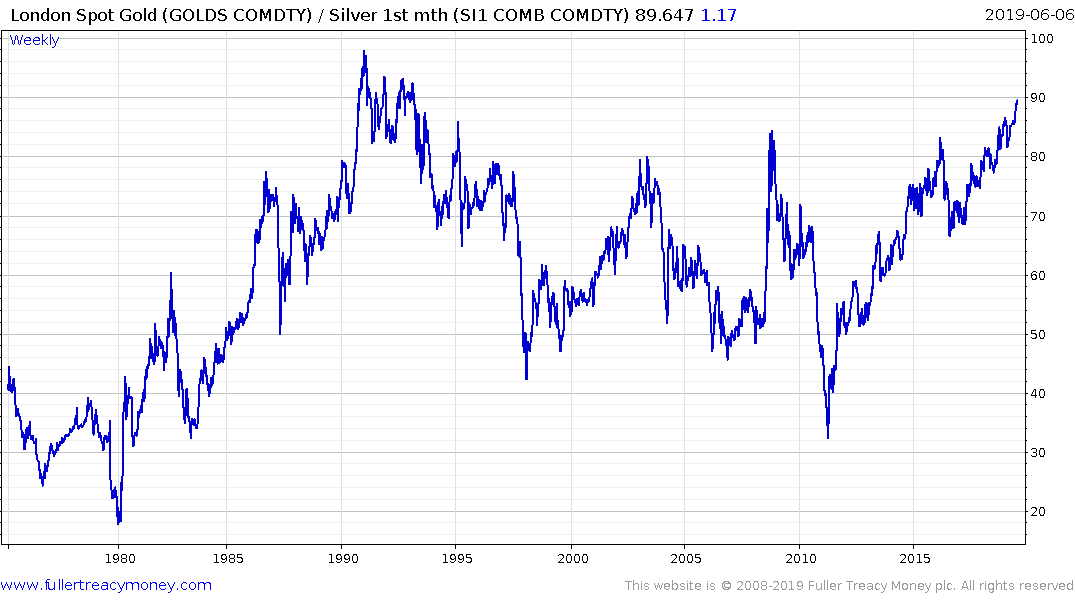 As the ratio cruises through 90, the all-time peak of 100 represents a potent area of potential support for silver. 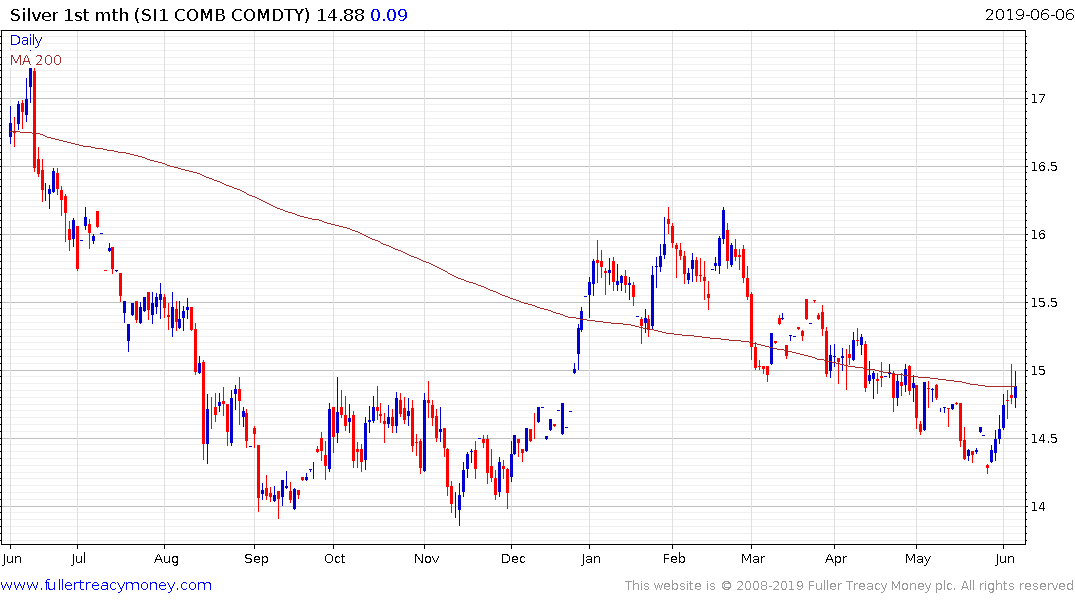 In the meantime, the price has found at least near-term support and rallied over the last couple of days to break the four-month downtrend. The $14.25 area should now represent the terminal value for any reaction if we are back in a demand dominated environment. 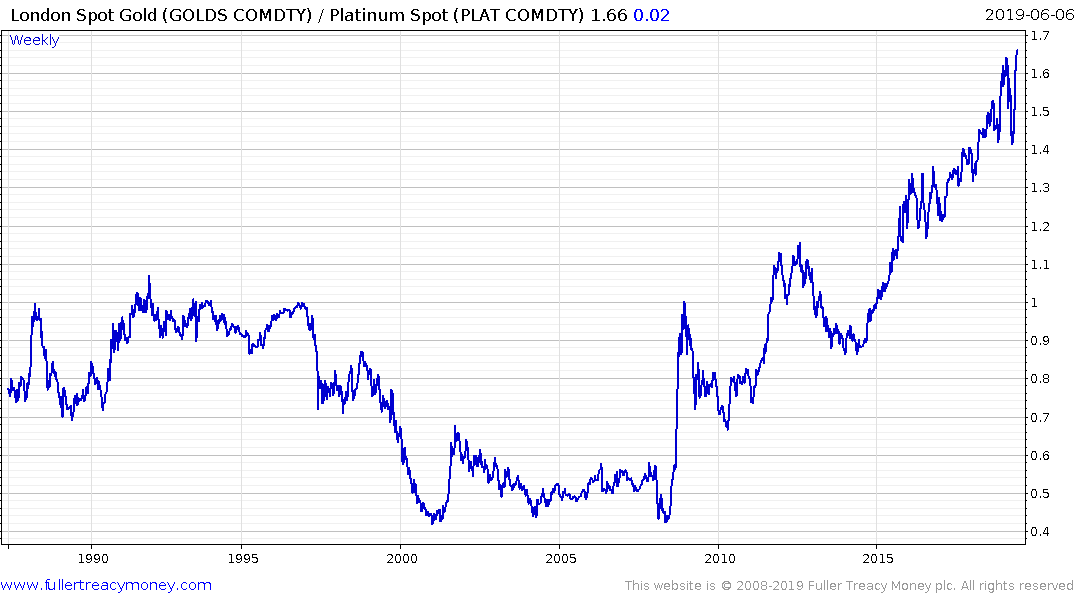 I think at these historically important levels it is worth considering the counter argument. Platinum had rarely traded at less than parity compared to gold, until it did. Now it trades a significant discount to the yellow metal.

I have sympathy with the view investment demand for cheaper proxies will increase once gold completes its base which is why I continue to hold silver. However, there is no denying platinum and silver are underperforming the gold price at present.