Is Evergrande a risk for global financial markets?
Comment of the Day

Is Evergrande a risk for global financial markets? by Eoin Treacy

While our base case is now that a credit event for Evergrande seems unavoidable, the extent to which we get spill over into other markets will be contingent on whether Evergrande restructures or fully liquidates. As of today, we remain confident that the former is a much more probable outcome. On that basis, current pricing (Figure 4) of the 2025 bonds at $27 (implying a recovery rate of 25-30%) seems reasonable to us, with the current discount reflecting a haircut for Evergrande's weaker balance sheet, thin trading liquidity and some risk premium associated with a full liquidation. In the event of a restructuring, we expect the bonds to bounce off their lows and contagion to be broadly limited, but in the event of a full liquidation, we do expect to see a high degree of contagion…

If the base case is that the company is bankrupt the question is how much contagion is likely to be experienced. Many property developer stocks have already pulled back in an extremely dynamic manner but not all will go bust.

China Evergrande’s bonds are trading at less than 30₵ and the stock has cratered. Some of the most at risk of contagion has already sold off to similar levels. However, issuers like Greenland Global Investors, Yuzhou and Central China are trading closer to 70₵ and yield in the region of 20% on 2025 through 2027 maturities. 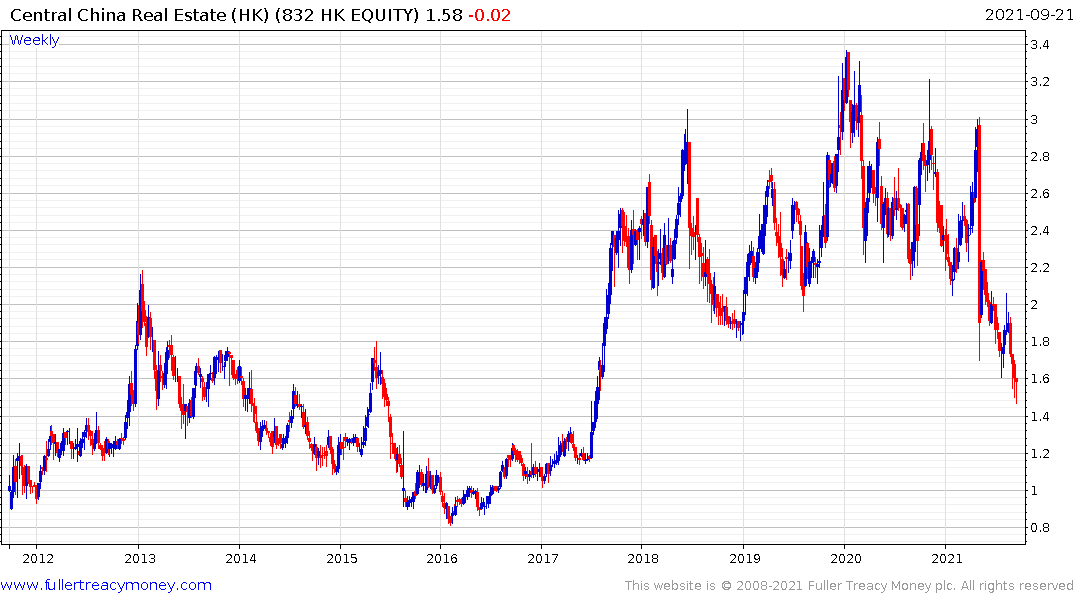 The primary unknown is how big Evergrande’s off-balance sheet liabilities are. Bringing in forensic accountants last week was probably aimed at trying to answer that question. It is reasonable to conclude that most other property developers have similar off-balance sheet arrangements. I remain of the view that a restructuring is much more likely than a liquidation which suggests the problem will be contained at least for now.

There has been a lot of talk about whether this event is more like a Lehman moment or Long-Term Capital Management. It is worth remembering that Lehman was the climax of a situation that had been deteriorating for a while but LTCM was one fund.

In 2008, a couple of Barclays hedges funds imploding and Bear Stearns going under was followed by the policy mistake of allowing Lehman to fold without arranging a restructuring. The knock-on effect of that action put extraordinary pressure on AIG and it was that which forced the hand of the Fed to arrange a bailout.

It is within China’s power to limit the contagion from Evergrande’s bankruptcy but the rot in the property market runs deep. I don’t think this is the kind of climactic event Lehman was but the trend of leverage and price deterioration has more in common with what led up to the credit crisis than LTCM. 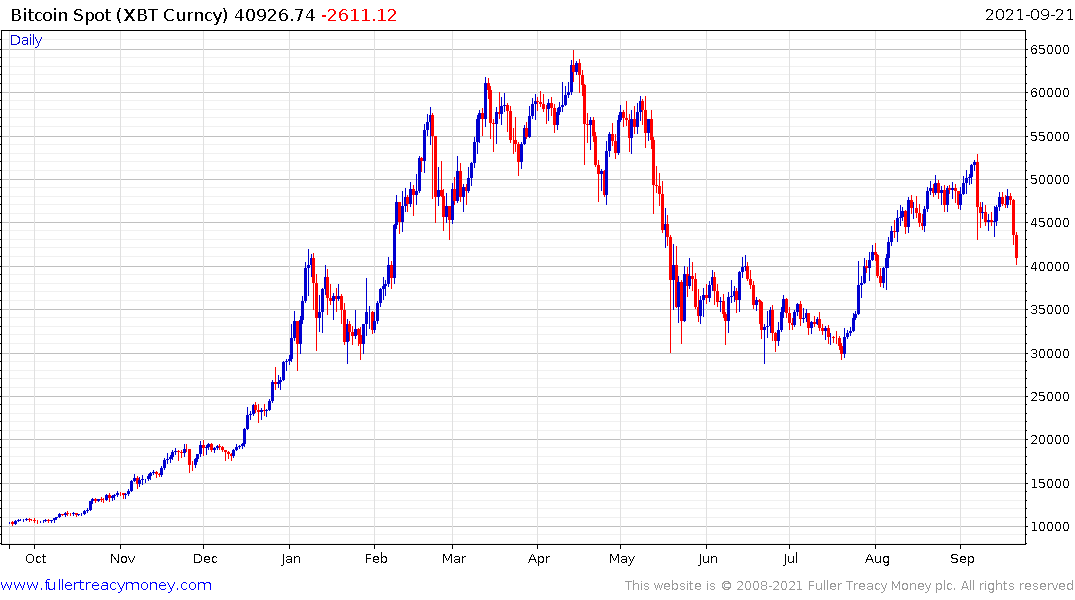 One potentially significant outcome is the rumours about Tether holding Evergrande’s commercial paper are true. That helps to explain both the pressure on the crypto market and the relative resilience of the stock market since that would reduce the scope for an unruly unwind of leverage in the broader financial system.