Iron ore’s revival came after it lost about a quarter of its value in the past month, as China’s push to curb steel production hammered demand. But steel and other industrial commodities have rebounded this week, after China’s count of daily Covid cases fell back to zero and central bankers vowed to step up support for the real economy. Coking coal in China hit a record on Tuesday, while copper has also recovered amid signs that Chinese consumers are on a buying spree.

“Iron ore just cannot be the only one lagging while everything else in steel space is massively bid,” Xiaoyu Zhu, a metals trader at StoneX Financial Inc., said by email. “After the price spike in coal products in the last two days, it’s hard for iron ore to stay quiet.”

Steel is as essential to economic development as it has ever been and that makes it a important component of global economic revival. The challenge for China is they have vast oversupply of manufacturing capacity for the alloy and rationalising it is an erstwhile priority. 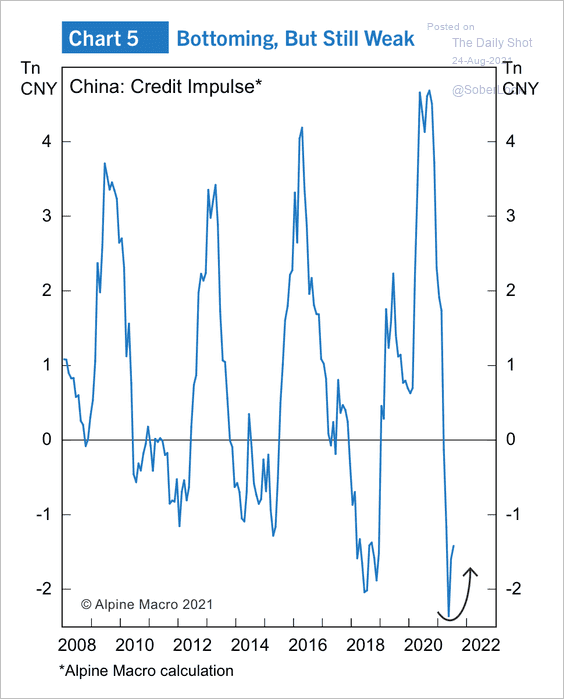 China’s credit impulse has been declining for the last six months and that has sapped liquidity from the domestic market. The trouble with property developer liquidity and the credit events plaguing Huarong and Evergrande are symptoms of that trend. 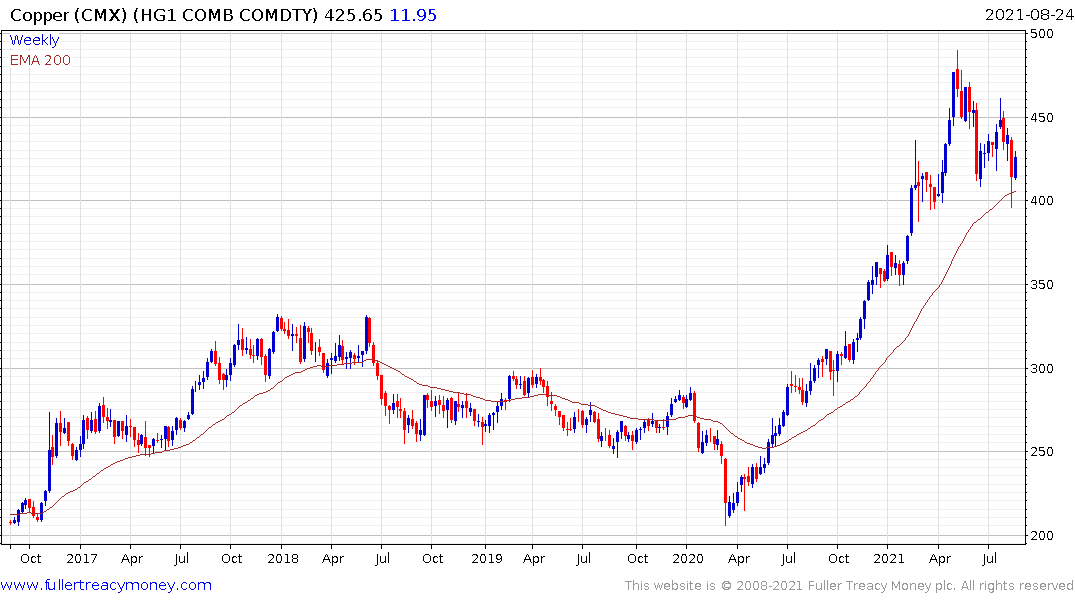 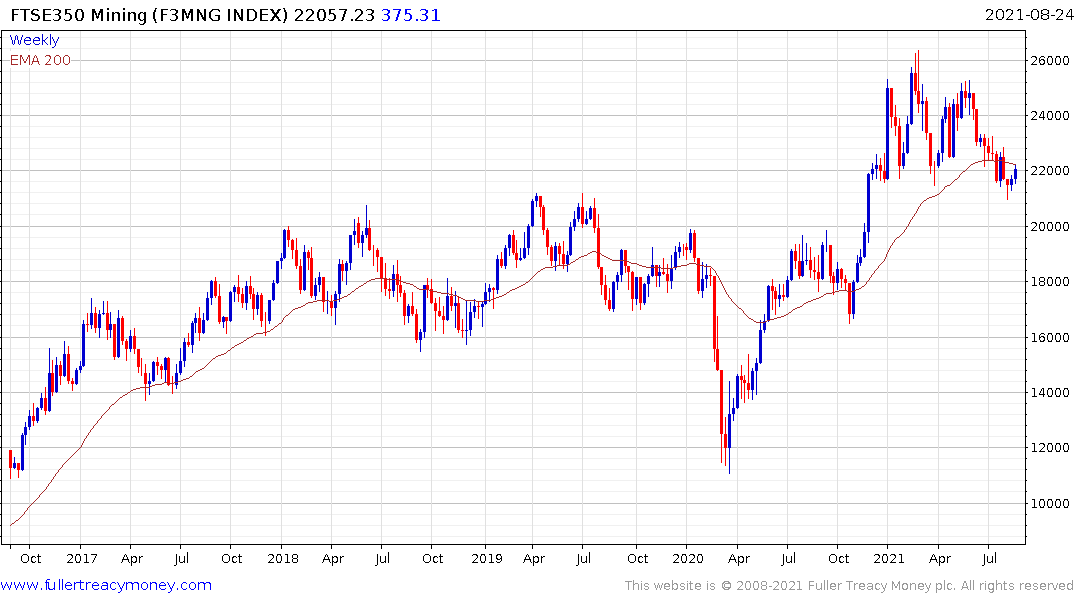 The removal of liquidity and amplification of regulation and containment efforts have all occurred simultaneously so that tech and resources all pulled back together. It is now looking increasingly likely that the credit impulse has bottomed. That holds out the prospect that China’s oversold market sectors are due a significant bounce. It also reflects the reality that it is impossible to lock down half the country and restrict access to liquidity at the same time.

Iron-ore rebounded strongly and that has lent some much-needed support to the global resources sector. 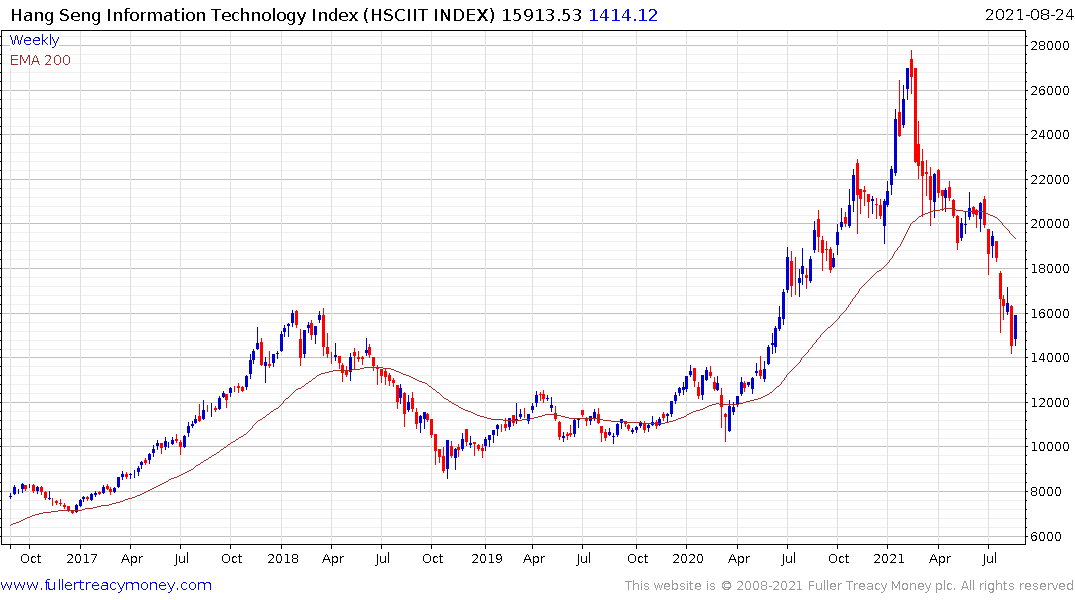 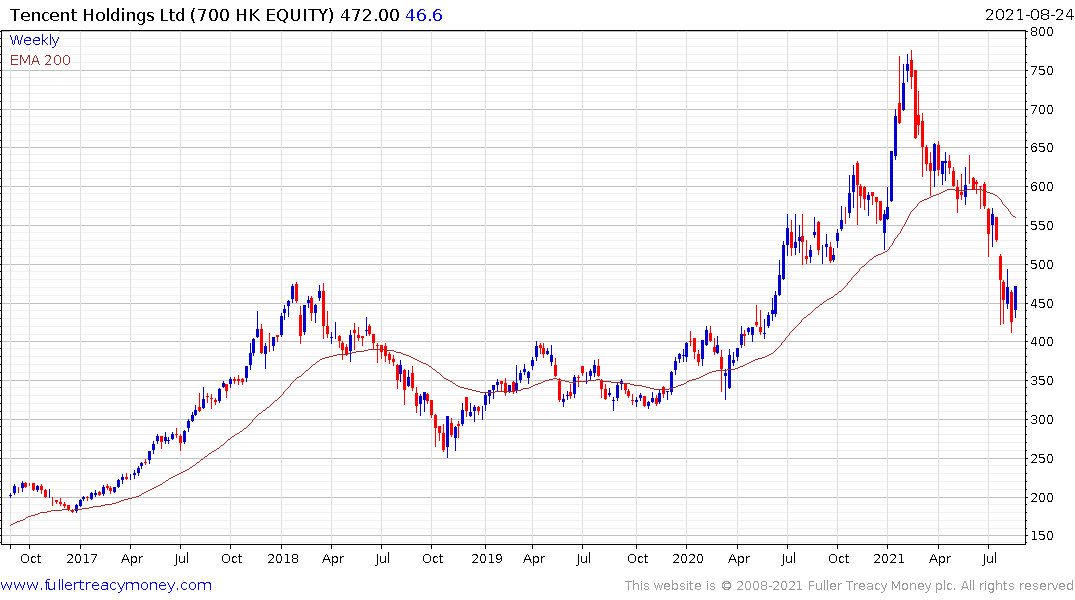 The Hang Seng Tech Index is very oversold. Today’s upward dynamic suggests a low of at least near-term significance with potential for a reversion back towards the mean.

China is still a trader’s market and will be subject to plenty of volatility in future but the worst of the recent selling pressure appears to be over for now.