Iron ore has skyrocketed this year, hitting the highest level in more than five years, after a dam disaster at Brazil’s Vale SA and bad weather in Australia curtailed shipments just as Chinese demand expanded. The steelmaking material made another dash higher in recent weeks after Australian miner Rio Tinto Group cut output guidance again following operational problems. The ascent has spurred concerns the advance may prove to be unsustainable.

“Supply is looking pretty decent, with the exception of Rio,” Hedborg said. Exports from Australia in June should be strong as some miners ramp up in the last month of their financial year, he said. In Brazil, Vale has also restarted its Brucutu mine, a major operation that was suspended after the dam
collapse

The iron-ore price remains in a steep uptrend and exhibits an increasingly wide overextension relative to the trend mean. The first clear downward dynamic is likely to signal a peak of at least near-term significance and the beginning of a reversion towards the mean. 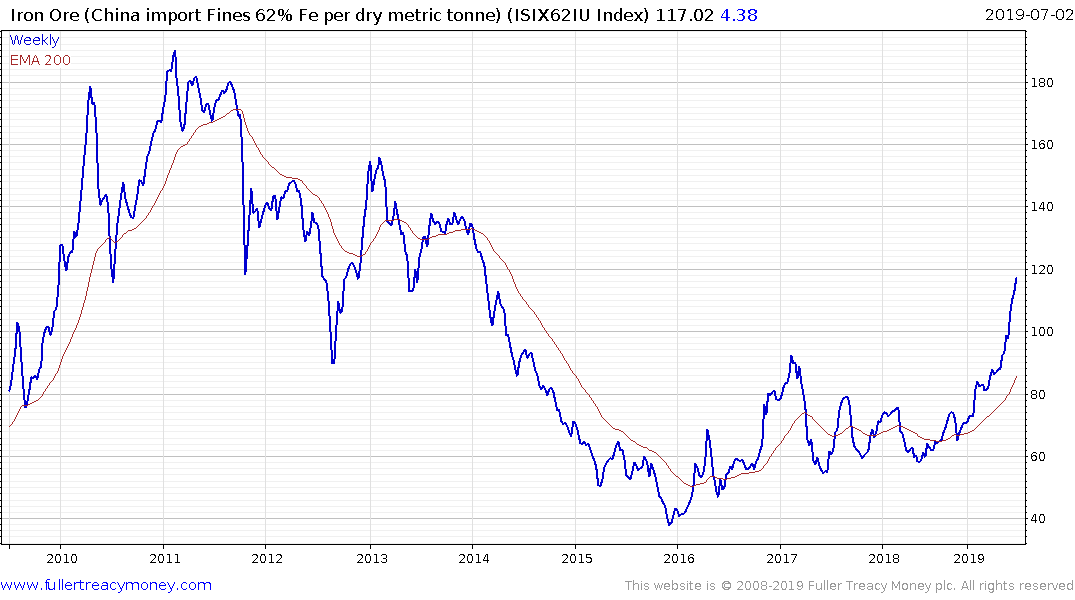 BHP and Rio Tinto have both benefitted from the Vale dam scandal but are dependent on iron-ore’s continued advance to support their outperformance relative to other industrial metal miners. 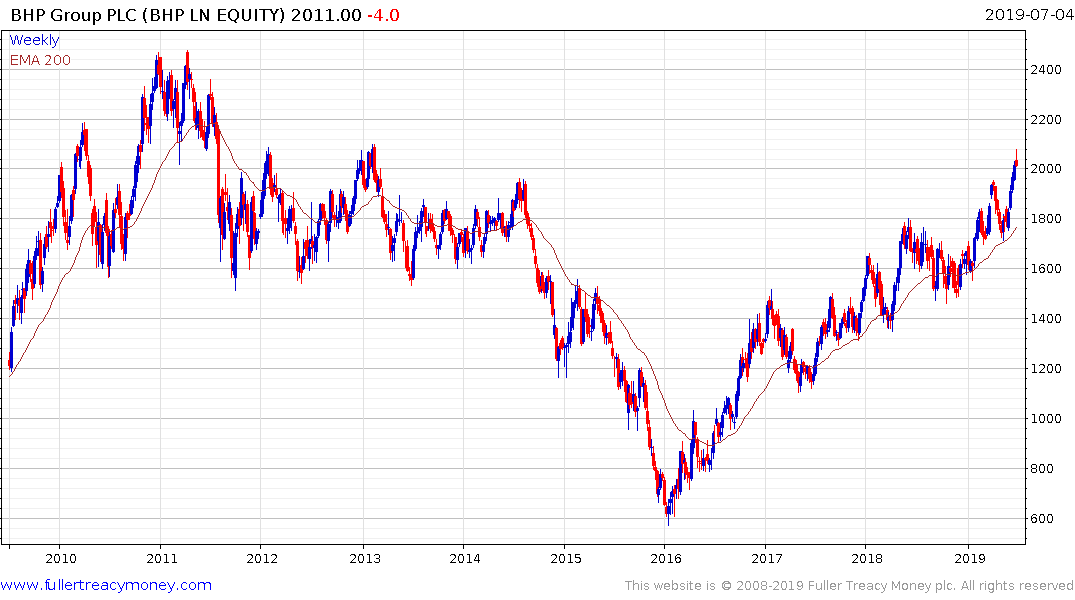 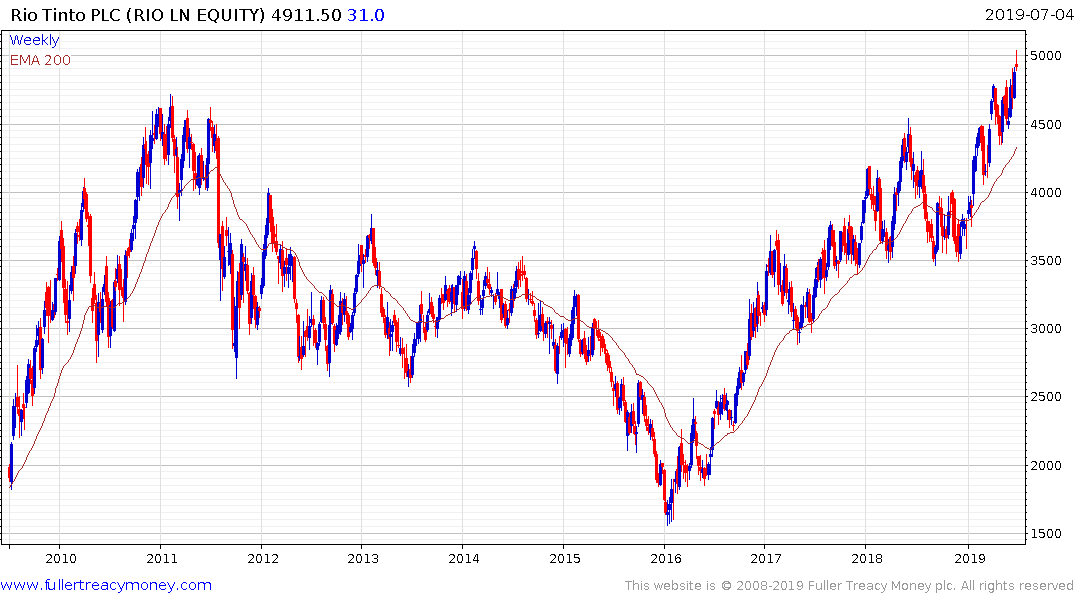 The Blackrock World Mining Trust has rallied over the last few weeks to  retest its highs to the year but will need to sustain a move above 400p to signal a return to demand dominance beyond short-term steadying. 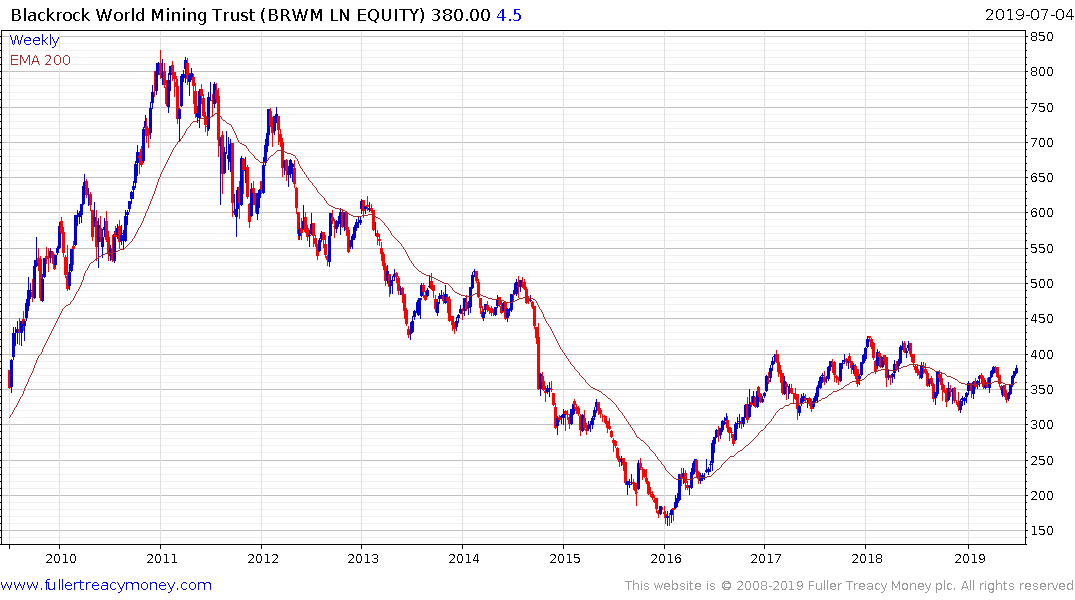 Meanwhile the LME Metals Index has type-2 top with right hand extension characteristics and is testing the lower side of its range. 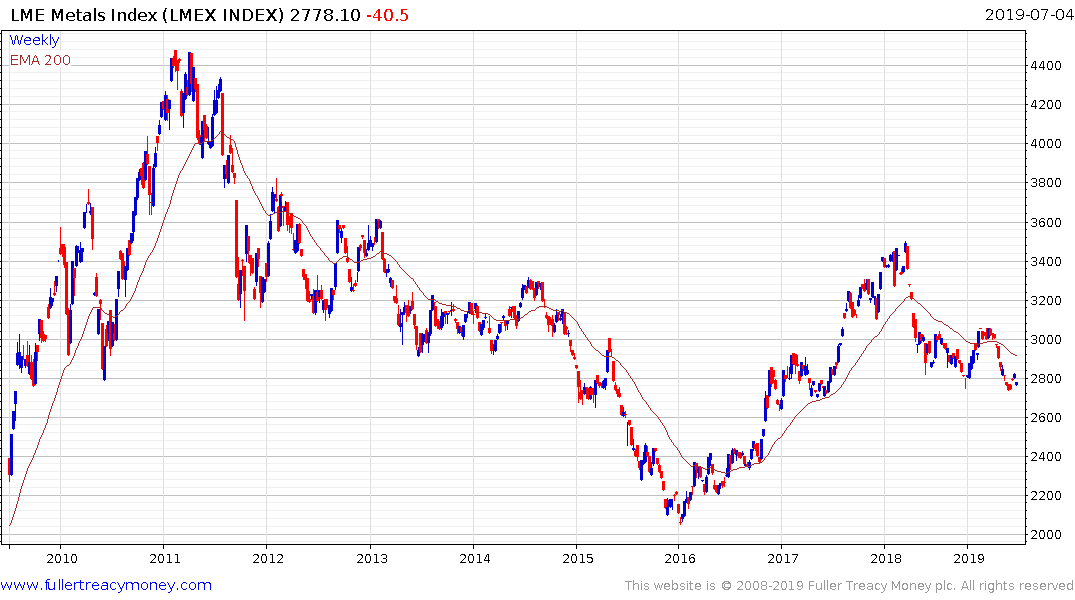