As Vale’s troubles spread, analysts have said iron ore could keep heading higher and drive up costs for steelmakers. Commonwealth Bank of Australia predicted prices could rise above $100, adding that the move would be temporary if Vale successfully challenged the court order.

“Iron ore prices are likely to continue trending higher, as production is clearly being impacted above and beyond just the roughly 8 million tons per year from the Feijao mine, where the tragedy first occurred,” Jeremy Sussman, an analyst with Clarksons Platou Securities, said in an email.
Shares of other iron ore producers have rallied in response to higher iron ore prices. For example, Rio Tinto Group is on a 10-day streak of gains, with the shares up 15 percent this year.  Ferrexpo Plc has notched a 26 percent advance since the Vale dam breach.

The chances are that the damage done to Brazilian supply is temporary in nature and Vale will get back to close to full production at is other mining facilities relatively quickly. The broader point, however, is that the market is relatively tight following a quiet couple of years since the early 2016 rally. 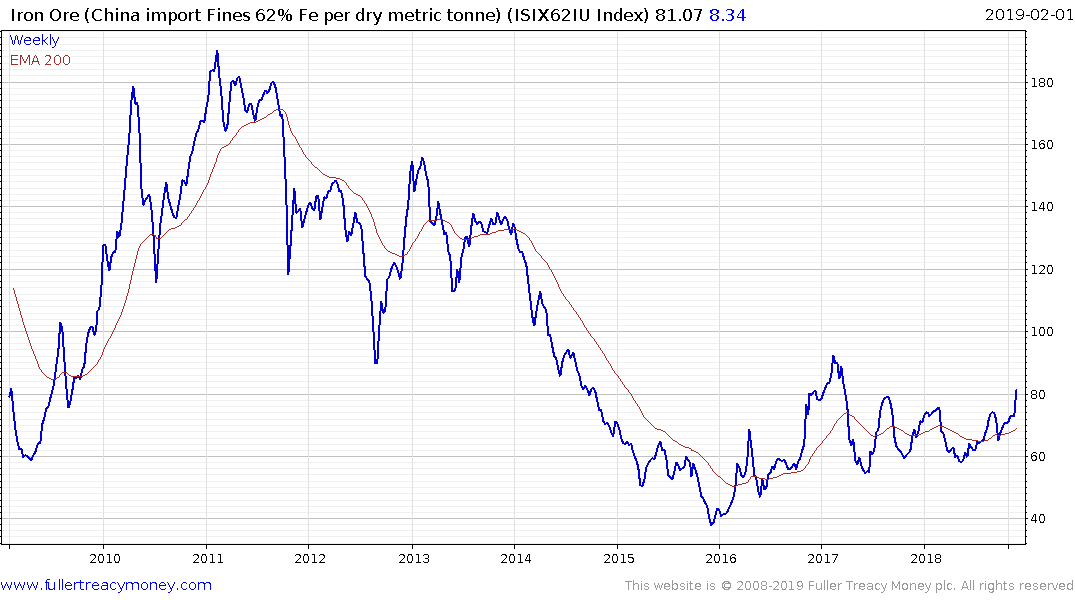 Iron-ore has now resolved its wedging pattern with a successful upward break and a clear downward dynamic will be required to question potential for additional upside. 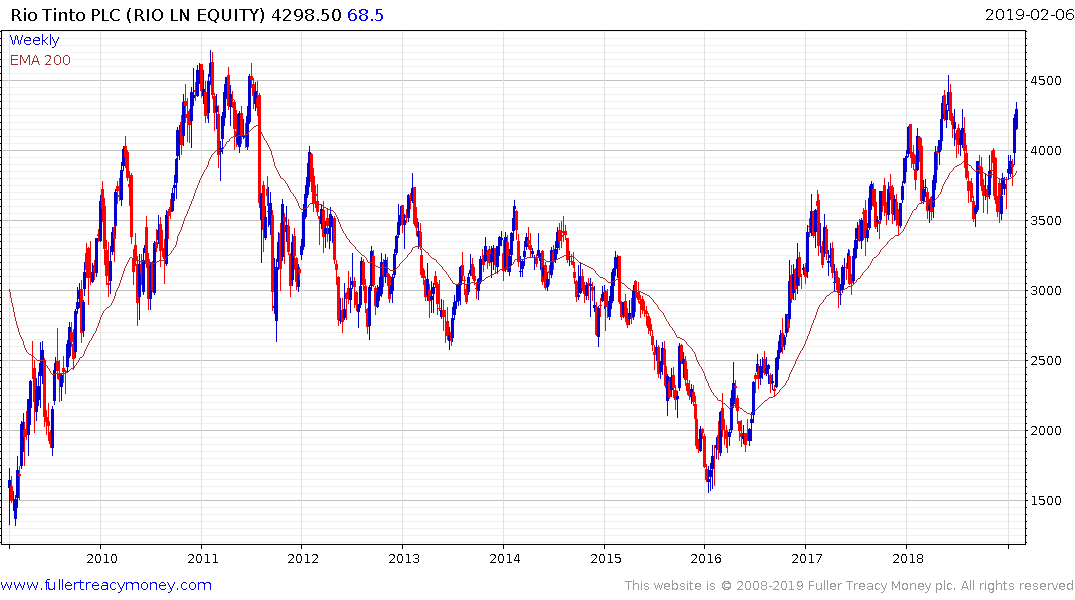 Rio Tinto continues to firm within its range. 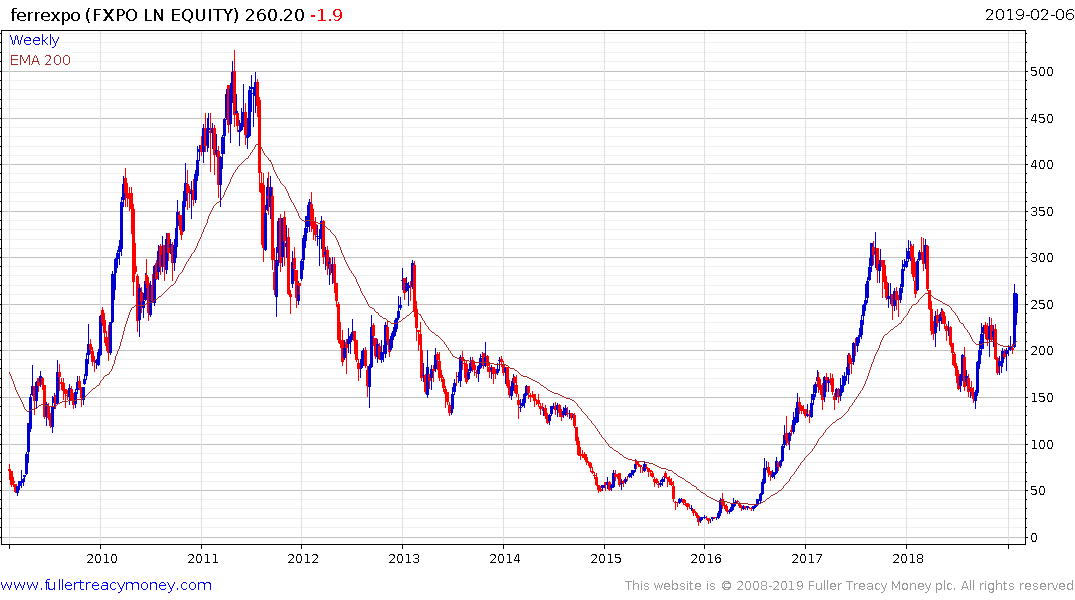 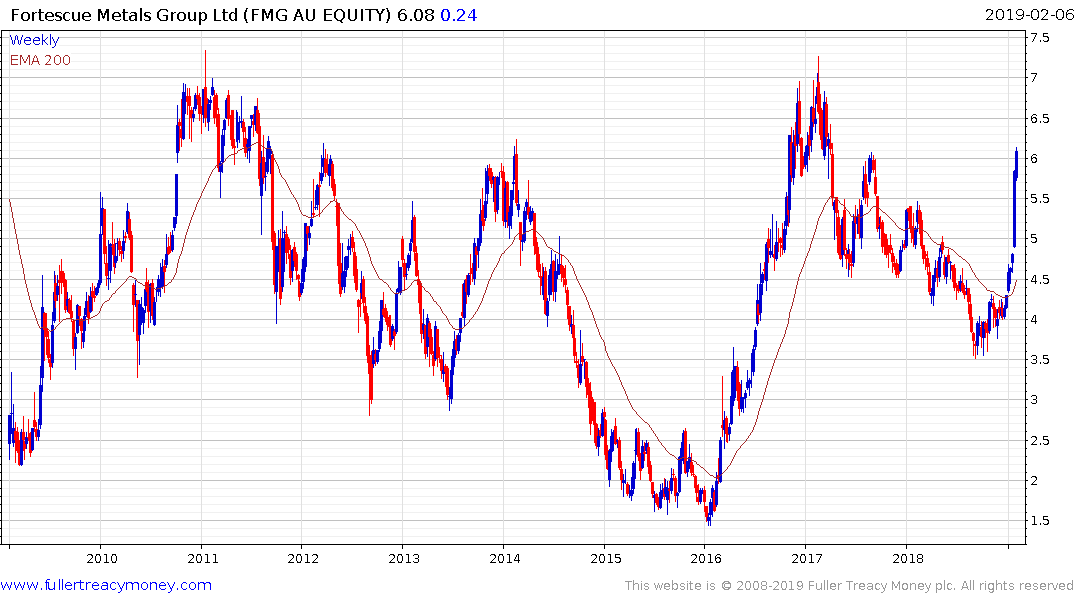 Fortescue rallied at the beginning of January to break its sequence of lower rally highs and continues to extend its rebound. The first clear downward dynamic will likely signal the beginning of at least some consolidation.