Iron ore investors are attempting to gauge the fallout from the dam burst at one of Vale SA’s mines, amid concerns the disaster will have ramifications beyond the affected operation in Brazil that could tighten the market in the short term and offset weakness from a slowdown in China.

Futures on the Dalian Commodity Exchange extended gains on Tuesday to head for the highest close in more than a year, after the benchmark price for immediate delivery surged to $78.80 a ton on Monday, the highest level since March. Shares of Australia-based miners rallied, with gains for BHP Group, Rio Tinto Group and Fortescue Metals Group Ltd.

In Brazil, “it seems likely that there will be an extensive increase in safety tests over the coming weeks and months,” Capital Economics Ltd. said in a note, raising its end of first quarter forecast to $75 a ton. “These tests may highlight other vulnerabilities in the system that could lead to temporary
cutbacks at one or more mines until the issues are addressed.”

This is not the first time a dam breach has impacted Brazilian supply and led to loss of life. In fact, BHP and Vale have only just reached a settlement with the communities affected by the Samarco accident in 2015.

Torrential rains come with the territory in the tropics but regulation of key pieces of infrastructure tends to leave risks unresolved. Meanwhile mines tend to attract workers and ancillary communities which amplifies the chances of loss of life when accidents occur. The new Brazilian administration knows it has to boost inward investment but also needs to play to the domestic audience which suggests there is going to be greater costs attached to mining in Brazil in future. 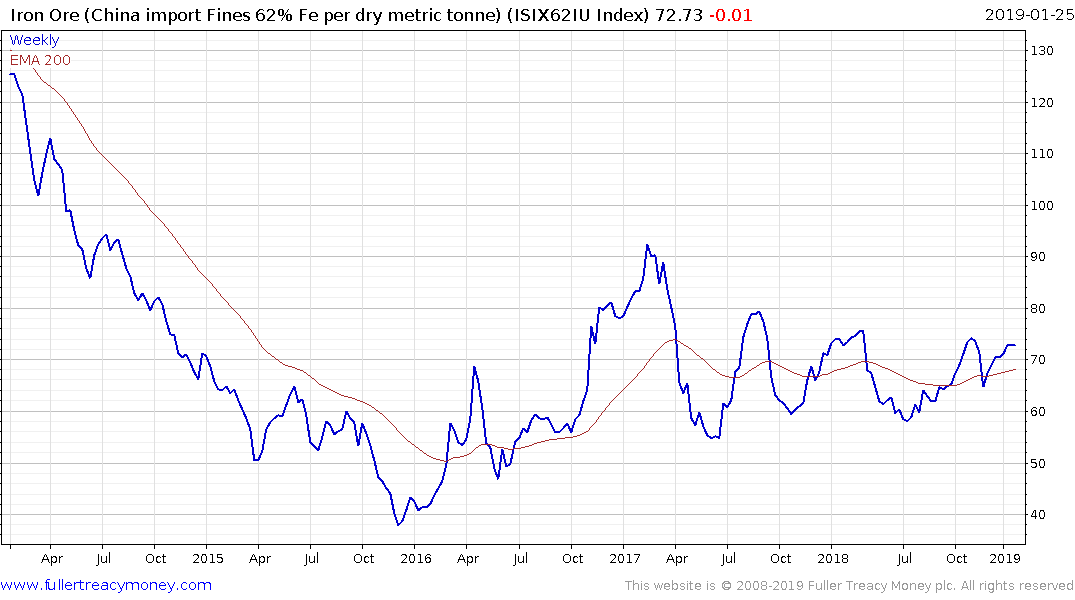 The Iron-ore price exhibits a wedging characteristic over the last two years and is currently testing the upper boundary near the October higher. A sustained move above $75 would signal a return to medium-term demand dominance. 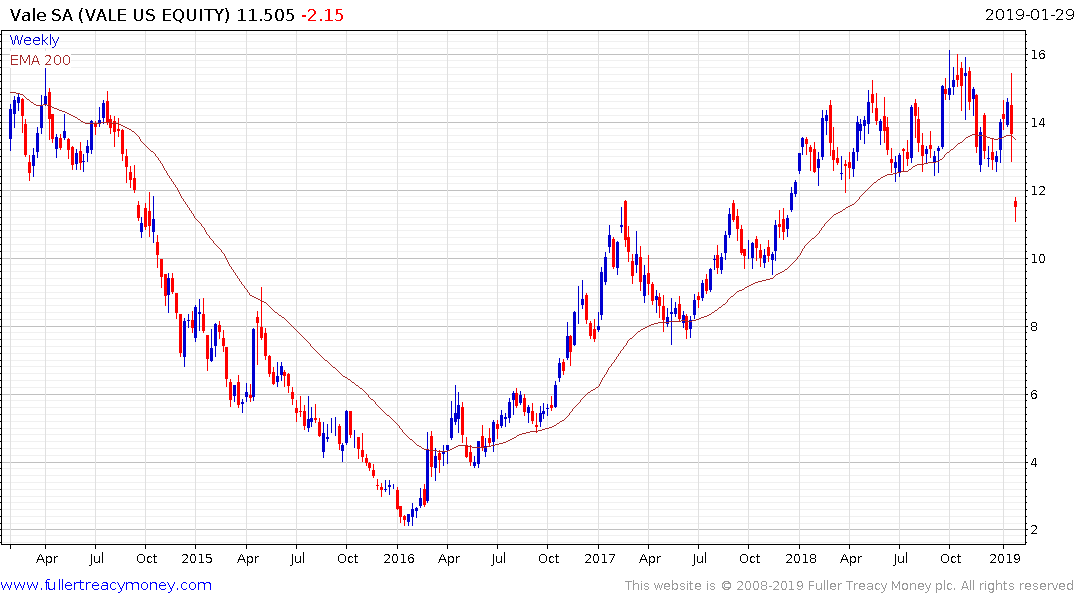 Vale (Est P/E 8.31, DY N/A) pulled back sharply on the above news to break its sequence of higher reaction lows. 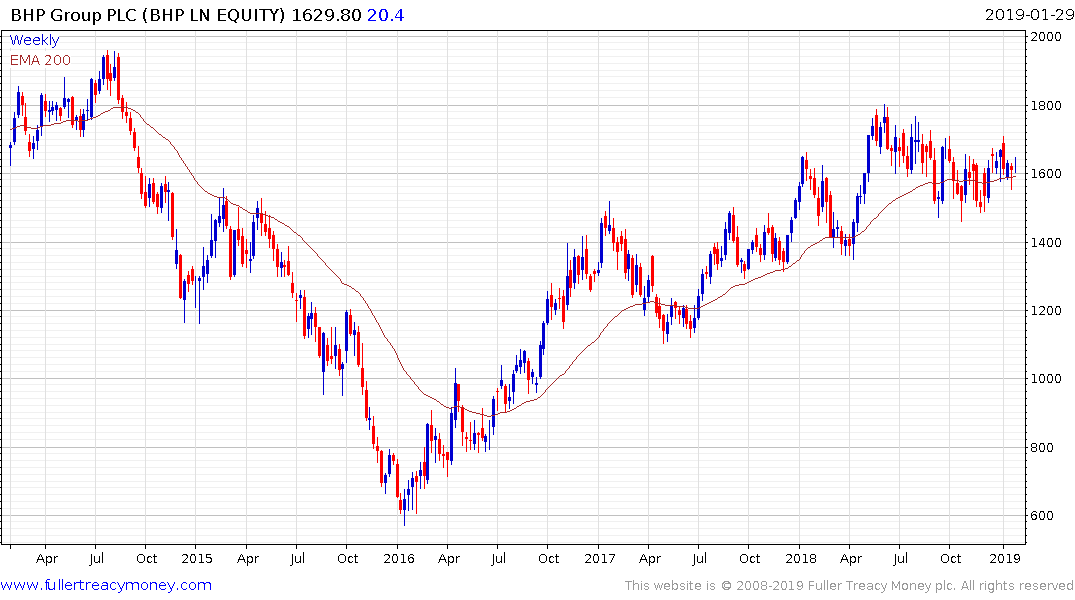 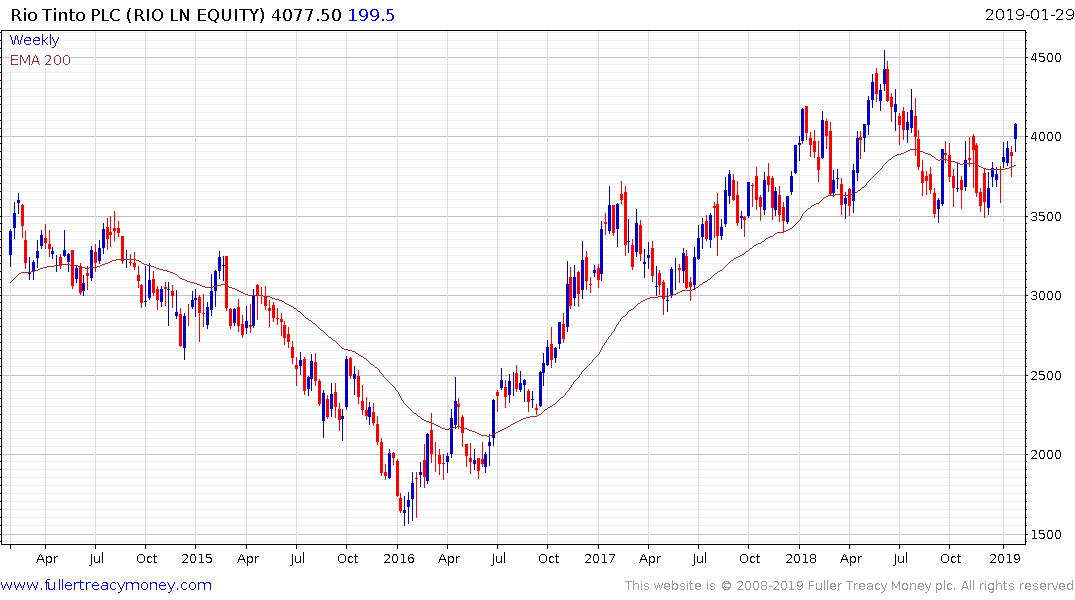 Rio Tinto (Est P/E 10.72, DY 5.55%) spent much of 2018 consolidating and is now firming. It broke successfully above the 4000p level today and a clear downward dynamic would be required to question scope for continued upside. 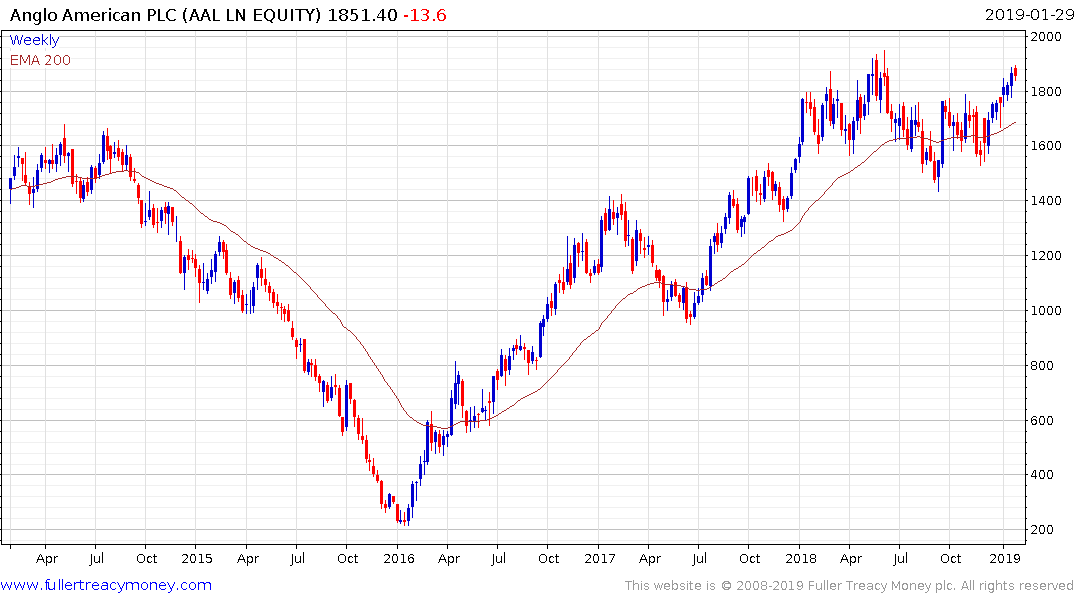 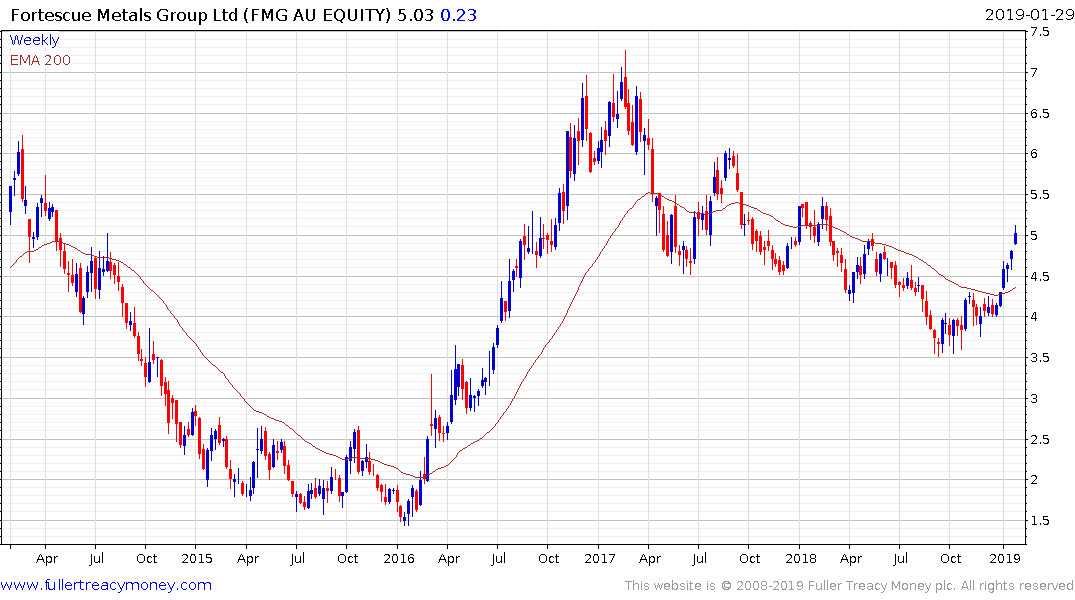 Fortescue Metals (Est P/E 10.43, DY 6.53%) has rallied over last three weeks to break a two-year downtrend. While somewhat overbought in the short term, a sustained move below the trend mean would be required to question recovery potential.