Iron-Ore and Steel by Eoin Treacy

A firmer tone in oil prices inhibits the ability of miners producers to continue to remain in operation which should remove supply from the market. This has predictably acted as a catalyst for bullish interest in other commodities. 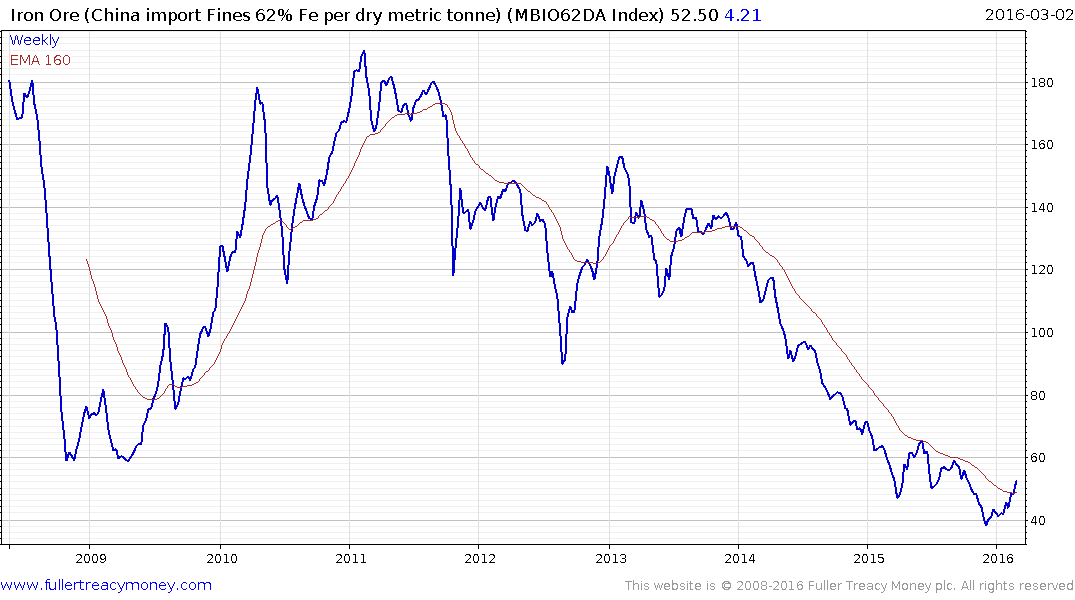 Following a five-year downtrend and 80% price decline, Iron-ore rallied this week to break back above the 200-day MA for the first time since late 2013.

Following such a long decline a short covering, or restocking, rally can be expected before a deeper pullback is experienced and a period of support building unfolds. 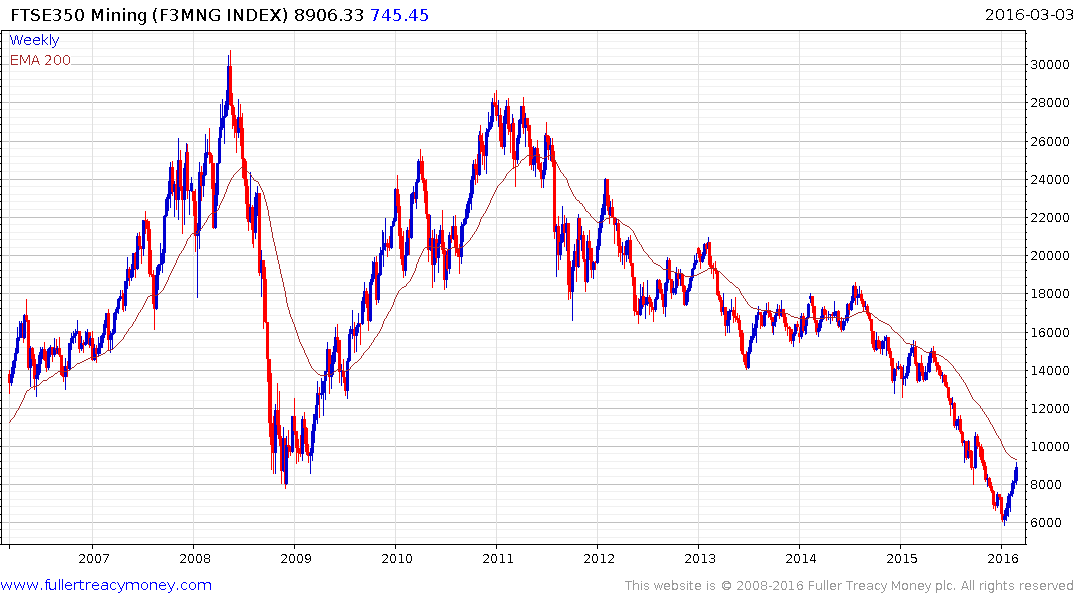 The FTSE350 Mining Index, which is dominated by iron-ore miners, has almost unwound its overextension relative to the trend mean following seven consecutive weeks to the upside. It will need to find support above 6000 on the first significant pullback to confirm a return to demand dominance beyond short covering. 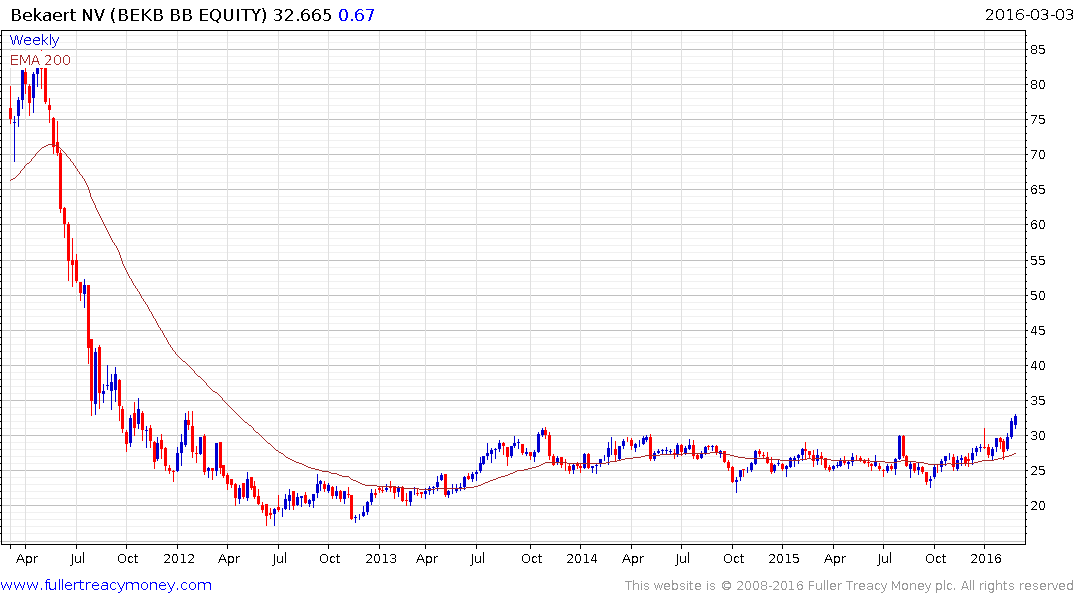 The related steel sector, which has also been under a cloud, is also seeing signs of life.
Belgian listed Bekaert which is the world’s largest manufacturer of wire for tires, has some of the clearest signs of base formation completion of any share. It broke out out last week and a sustained move below $30 would be required to begin to question recovery potential. 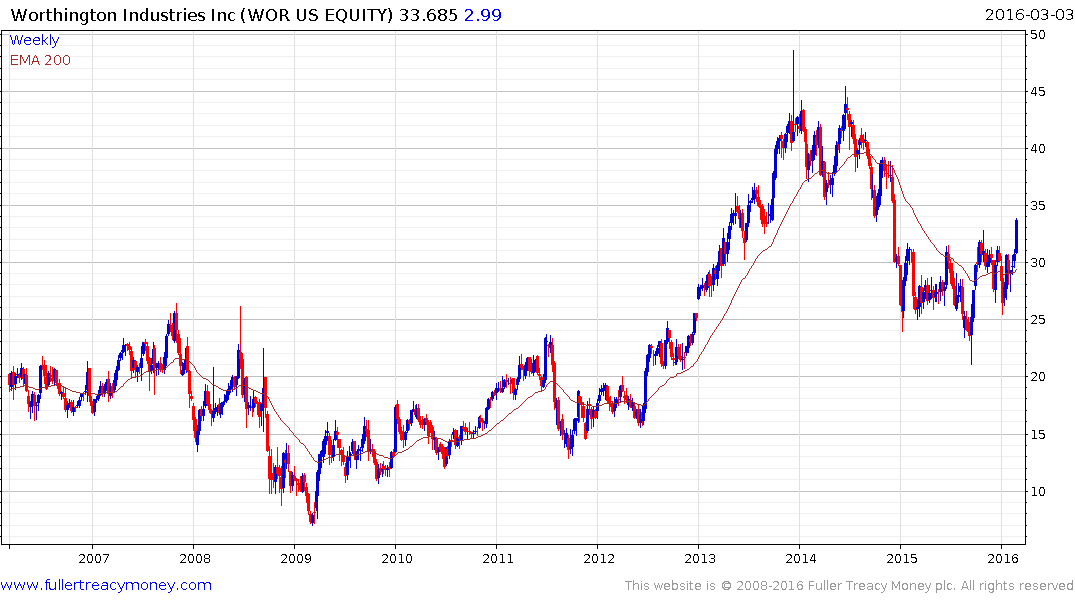 Worthington is a similarly diversified steel products manufacturer, not least gas canisters. The share rallied to hit a new 15-month high yesterday and a sustained move below $30 would be required to question potential for additional upside. 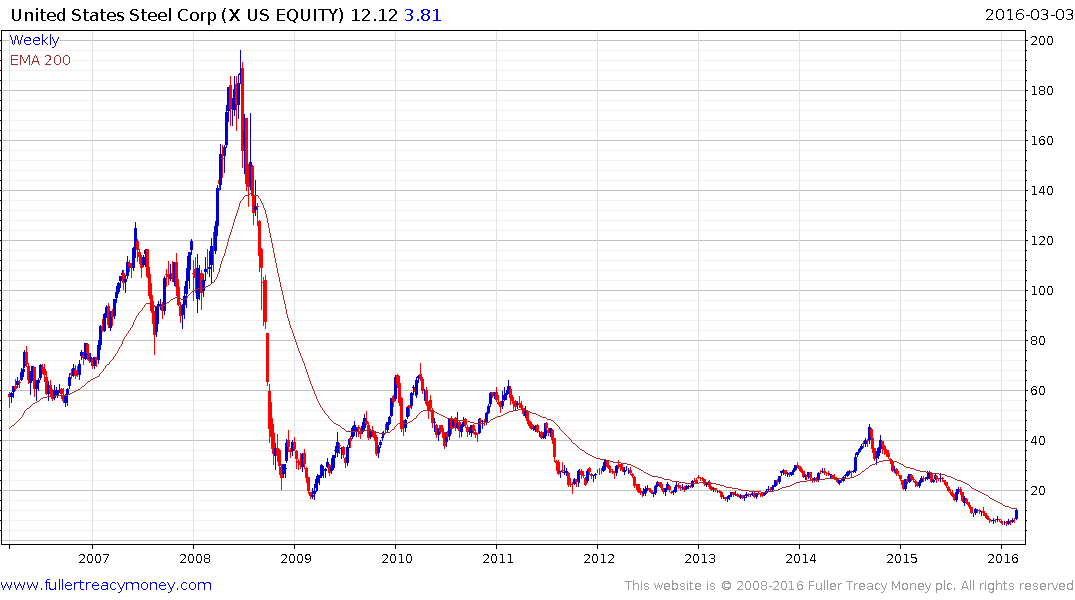 US Steel rallied impressively yesterday to close the overextension relative to the trend mean. Some consolidation is possible but a sustained move to new lows would be required to question recovery potential. 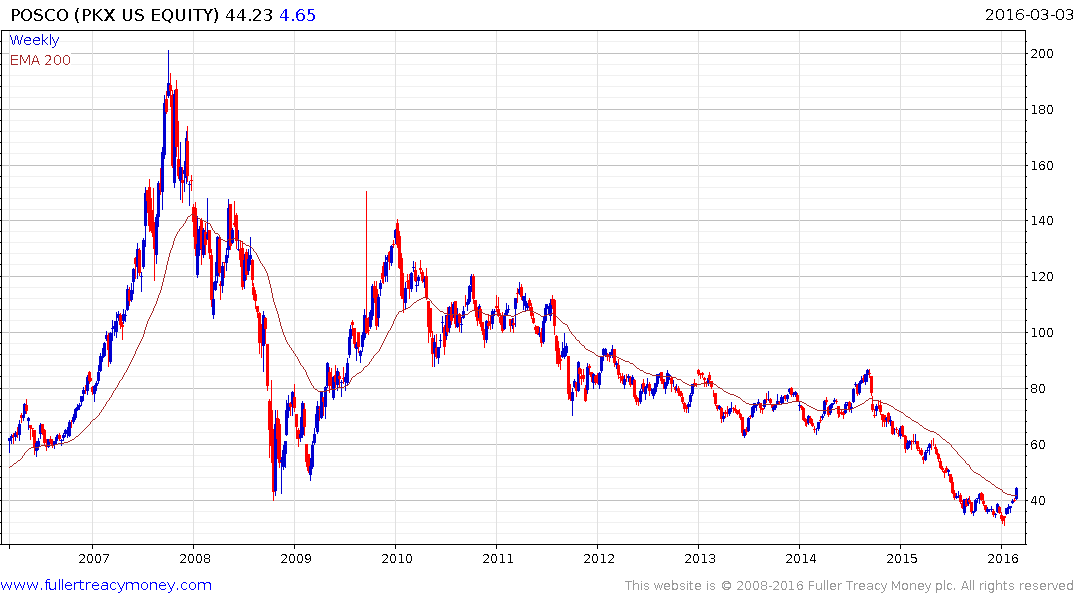 Korean and US listed Posco rallied this week to push back above the 200-day MA, breaking the medium-term downtrend.