The Olympics and the success of the vaccine rollout are set to define Suga’s premiership. Suga must face two polls in quick succession after the emergency ends, with his term as leader of the ruling Liberal Democratic Party expiring and a general election set to take place in October or November.

“If the vaccines continue and clear away the uncertainties surrounding the pandemic, that’s advantageous for the government” in the election, Invesco’s Kinoshita said.

John Vail, chief global strategist at Nikko Asset Management Co., said when the Olympics are over and vaccination rates pick up, investors will turn positive as rebounds in industrial production and exports become evident.

“When Japan comes out of this, it’s going to surge,” Vail says of the economy. “A lot of people don’t believe it until they see it. Especially in Japan, people tend to worry first and think about the future later.”

Japan is considered a cheap market with the implicit view that it is cheap for a reason. One of the primary reasons Japan ranged for so long is because company culture changed and prioritised resilience. That’s not just about maintaining higher inventories, it means less leverage and higher cash balances.

The hangover from the high leverage quest for global market share of the 1980s made resilience a necessity. There was no choice involved. The big question for investors everywhere else is whether the same drive towards resilience lies in front of companies in the USA. So far, they are talking a good game but there is little evidence of real action to reform. Companies have no reason to. They expect to be bailed out when a crisis strikes because the economic shock would be too great without them.

This would be an academic argument if Japan’s stocks were still ranging. However, we now have evidence of trending activity. That suggests there is demand for objectively resilient stocks despite allusions to growth being the only place to be. 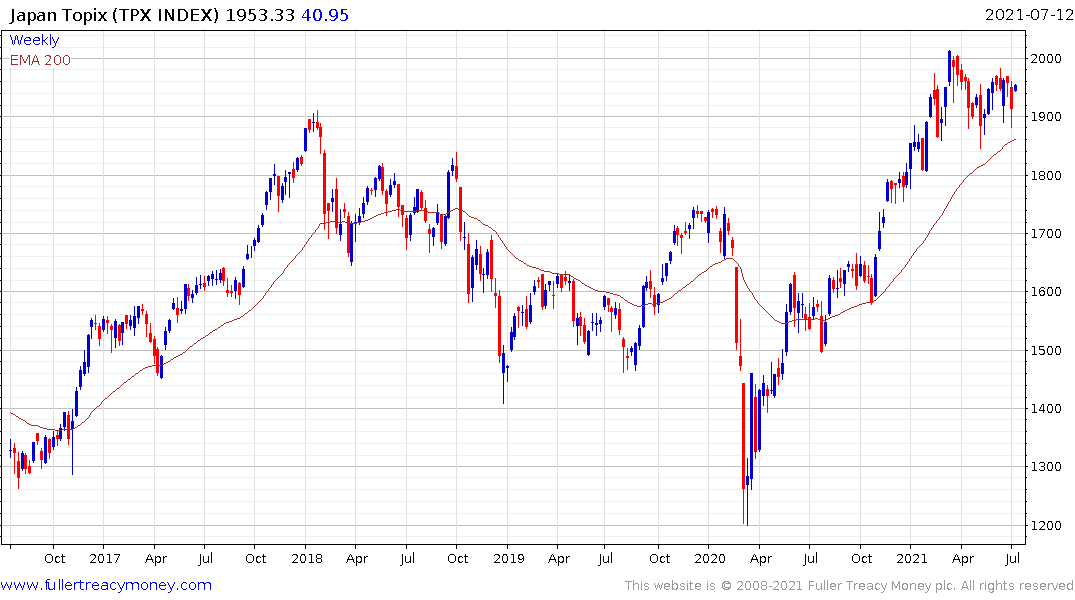 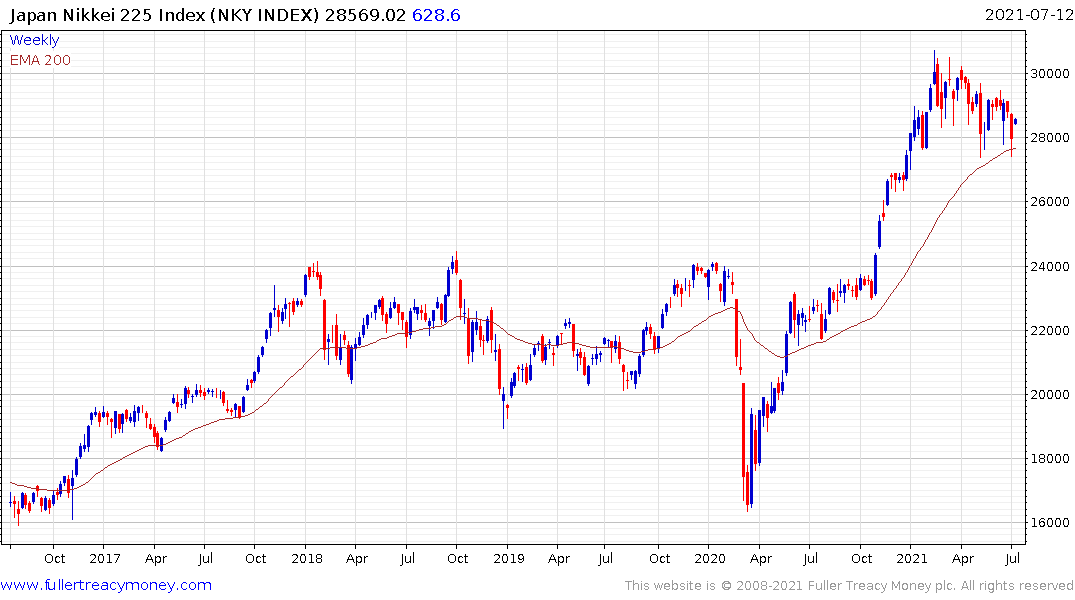 Both the Topix and Nikkei-225 rebounded impressively from the region of their respective trend means today.