Adding press freedom to the list may benefit those seeking investment too. When a newspaper closes, the local government’s borrowing costs rise because diminished scrutiny makes investors less comfortable, a 2019 report published in the Journal of Financial Economics found.

Press freedom “is a very foundational thing that needs to be in place before you can have meaningful ESG metrics,” said Perth Tolle, founder of Life + Liberty Indexes, which invests in countries based on third-party rankings of various freedoms. The Freedom 100 Emerging Markets ETF, which tracks Tolle’s index, has no holdings in Turkey or China and also reduced its position in Poland in recent years as concerns have mounted over the country’s erosion of the rule of law. The benchmark MSCI Emerging Markets Index — which Tolle’s index has outperformed this year — has exposure to all three nations. ​

“The metrics are out there, the problem with Wall Street is that they don’t make any money out of those, and they don’t like it,” said Tolle, who was born in China and now lives in Texas. “In places that have no press freedom, do you think they’ll have freedom for stock or bond analysts?

Governance is Everything has been a central theme of this service for decades. It really is as simple as knowing that when you have a grievance, you will have recourse to a system of justice. In order for that to be possible you need property rights and respect for minority shareholder interests. You need an independent judiciary, so your case can get a free hearing. Then you need a free press to help publicise corruption and political overreach so they system can be sustained.

When these characteristics are not present the risk premium is higher. That’s why markets like Russia and China tend to trade at valuation discounts. When the trend in monitoring these pillars of governance is deteriorating the risk attached to investment positions rises quickly. 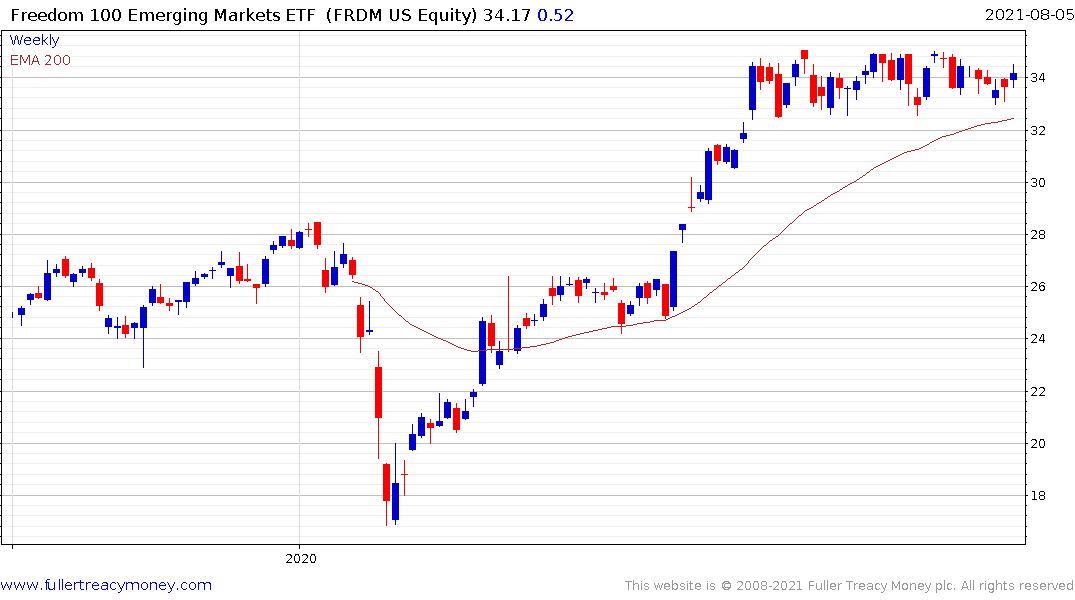 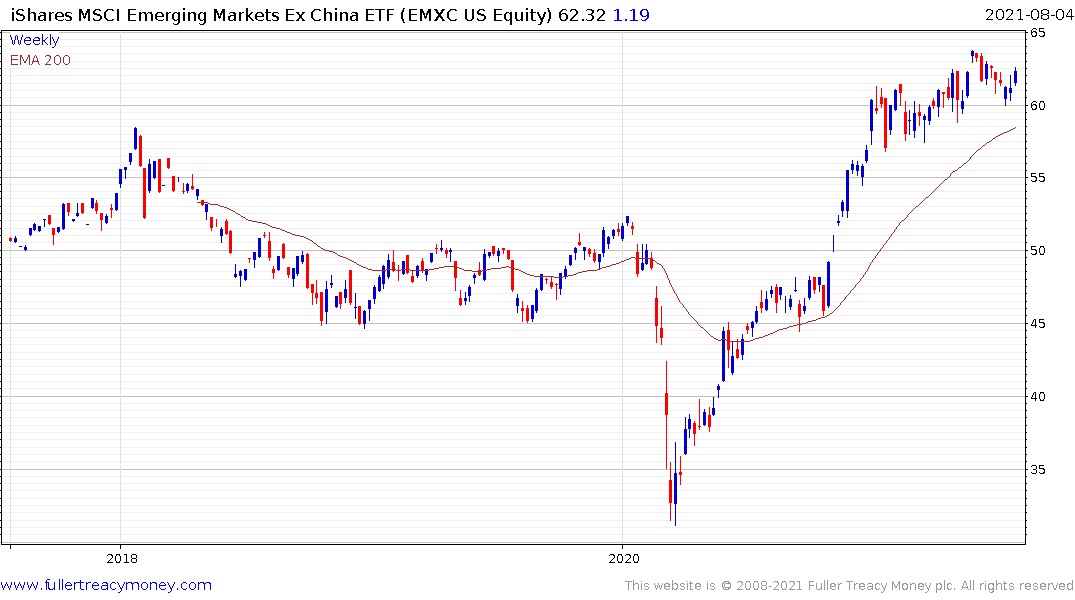 The iShares MSCI Emerging Markets Ex-China ETF shares a similar pattern and is also firming from the region of the trend mean. This fund has over 42% in Taiwan and South Korea but also has a significant India (16%) and Brazil weighting (8.22%).