"When investors hear yield curve inversion, they automatically think 'recession.' That’s because every recession since 1962 has been preceded by an inversion. But, not every inversion has been followed by a recession, so keep that in mind."

Myth number two is that we are into the late part of the business cycle. If that is true why are the late cycle stocks acting so poorly? I have argued that the economic downturn was so severe, and the recovery so muted, that what we have done is elongate the mid-cycle. This implies there is much more time until the mid-cycle ends and the late cycle begins.

Myth number three has it that earnings are going to fall off a cliff. I do not believe it. Certainly earnings momentum has slowed, but earnings continue to look pretty good to me. And, if the earnings estimates for the S&P 500 are anywhere near the mark, the SPX is trading at 16.3x this year’s earnings and 15.5x the 2020 estimate. I think with 2Q19 earnings myth number three will evaporate.

As for Friday’s stock market action, readers of these missives should have found last week’s action as no surprise. I have talked about the negative “polarity flip” that was due to arrive last week for a few weeks. How deep the pullback/pause will be is unknowable, but I have stated I do not think it will be much. It was not only the economic data, and PMIs, that sacked stocks, but as I have repeatedly stated it was also the Mueller Report. The result left the senior index lower by ~460 points and the S&P 500 (SPX/2800.71) resting at the lower end of my support zone of 2800 – 2830.

As a brief aside. I am now the membership chair for the organisation, which is a member of IFTA. If anyone would like to pursue membership, has at least seven years of professional experience using technical analysis, and enjoys a collegiate environment for sharing ideas and methodolgy please reach out.

The focus of Jeffrey’s Saut’s talk at the conference was to reiterate his view we are in a secular bull market. I felt a lot more comfortable when I went to conferences and was the only person making that call. It is not a majority opinion today but there are definitely more people espousing it.

He also recounted the anecdote from his early days on Wall Street from his article last week. Here is a link to it.

The other point I made in my talk was that the total assets of central banks chart I first produced in 2014 is to be found just about everywhere today. That is a reflection of the acceptance by investors that liquidity is both global and mobile, and has a strong influence on asset prices. 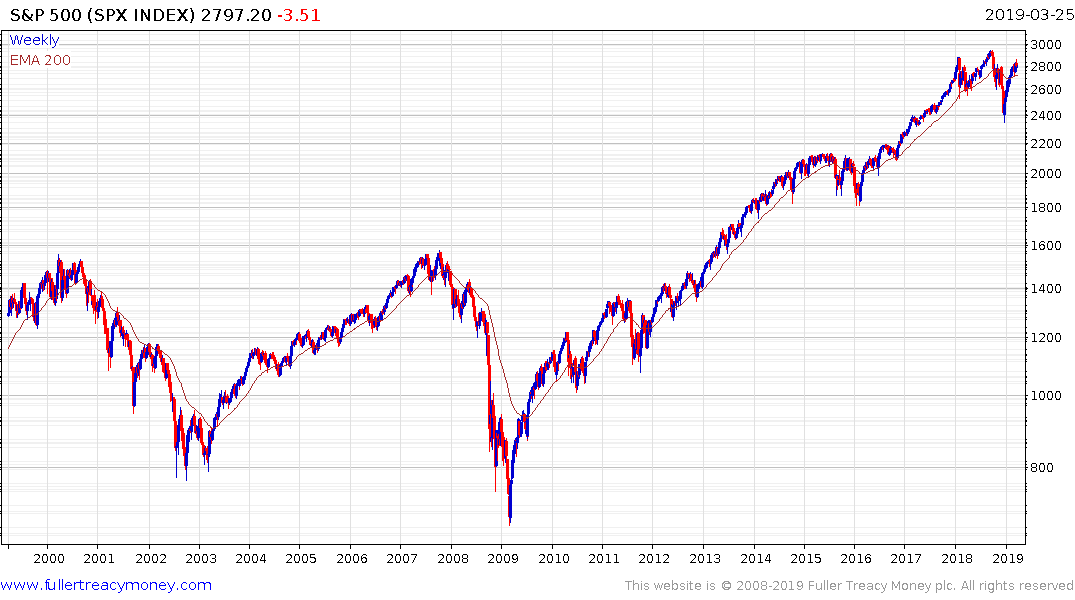 Secular bull markets survive recessions so I am not expecting the major indices to ever get back to their 2009 lows. However, the S&P500 could fall 45% and then only retest the upper side of the base formation. That is not a prediction but it does suggest there is plenty of room for the market to fight over where value is to be found when we do eventually get an economic contraction. On the above log scale chart this reaction looks rather similar to that posted in 2015/16. 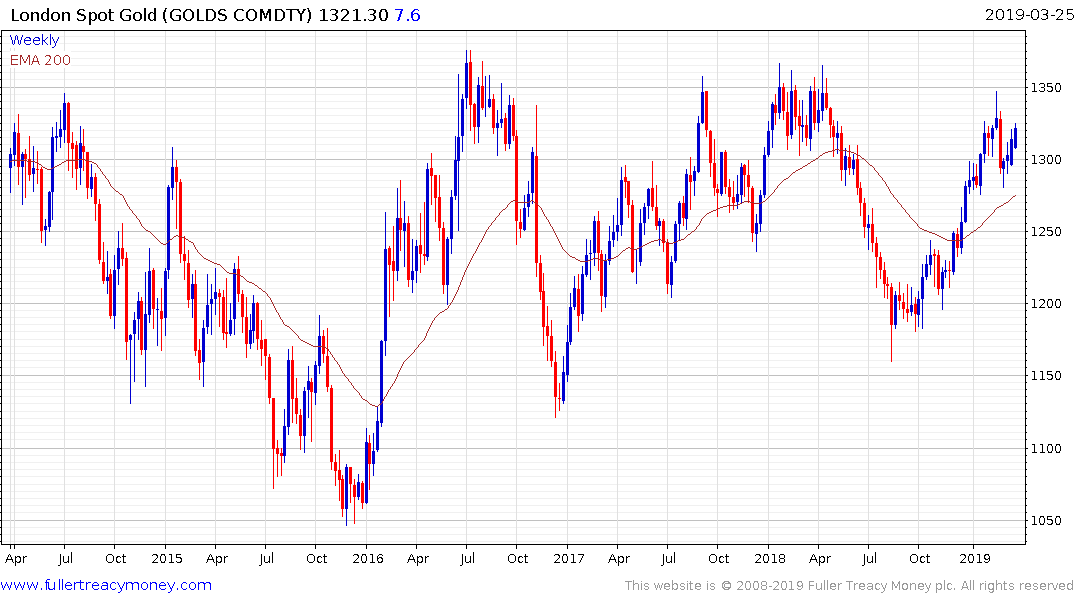 The late in the cycle outperformance of commodities has not yet occurred but gold certainly has base formation characteristics and the Dollar is susceptible to weakness if bond yields continue to price in rate cuts. The market is clearly signalling the Fed needs to cut rate sooner rather than later. How long it takes that message to get through and the extent to which growth can rebound in the second quarter is going to be a big determinant of whether this is a medium-term pause or a top. 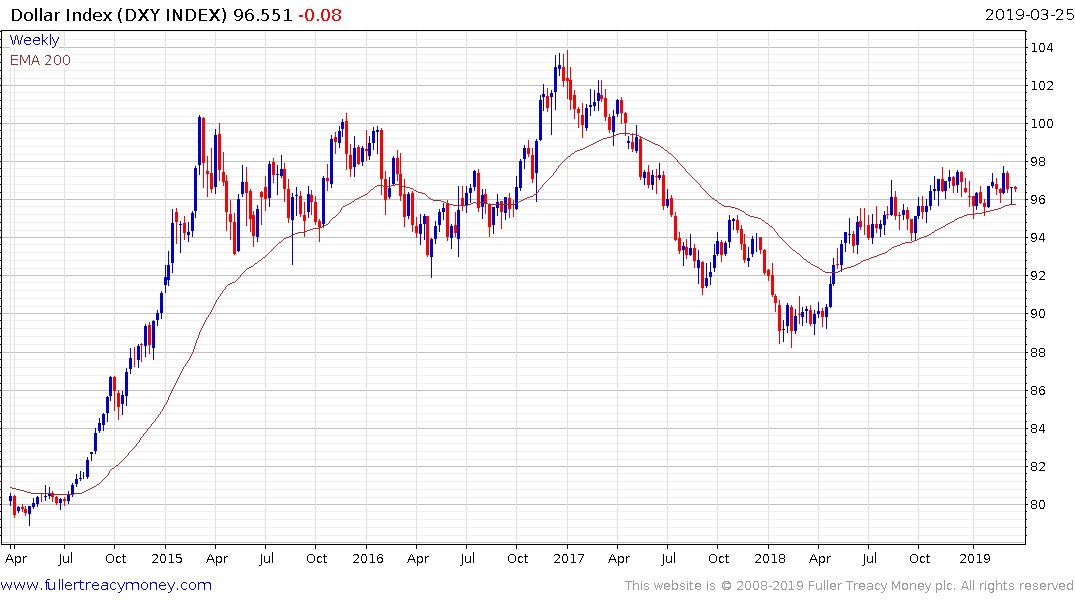 One point Saut made, which I believe is particularly worth recounting, is how many Raymond James clients went to cash in the 4th quarter and how much cash is still sitting on the side lines. I can also attest to the fact that interest in cash management services at Nevada Trust Company, where I am a director has also been particularly high over the last 9 months. That is not typical of a significant market top.