As markets get spooked by the rising yield environment, (US 10 -year treasury’s at 2.7%, up 11% ytd and the German 10 year Bund at 0.67%, up c.55% ytd) investors continue to question equity valuations following a 9 year bull run as bond/bund yields begin to factor in a rising interest rate cycle. Given this backdrop we’ve seen a rotation out of bond proxy/high yield stocks like telco’s and utilities into the banking and insurance sectors. The chart below shows the correlation between the European banking sector and the German 10 year bund over the last year.

As you know we have been positive on the European banking sector for some time, given the improving economic backdrop across the Eurozone which bodes well for the sector. The latest European Q4 GDP came in ahead of expectation and when you look at historical data, 2016 estimates for Q4 2017 were 1.4% but came in at 2.7%. Specific to the banks, balance sheets have been repaired, lending growth is accelerating, consumer spending is improving, and confidence levels are going in the right direction. Both core and peripheral European banks are primed to take advantage of this upturn and to some extent has been reflected in higher moves over the last year or so. The sector though continues to trade at attractive valuations due to historical legacy issues but we believe that these issues, including Non-Performing Loans “NPL’s”, have been well managed and should be less of a headwind going forward. Quantitative Easing “QE” from the ECB is nearing an end, per recent comments from the central bank, as the market moves to a more normalised interest rate environment over the coming years to the benefit of the banking sector. 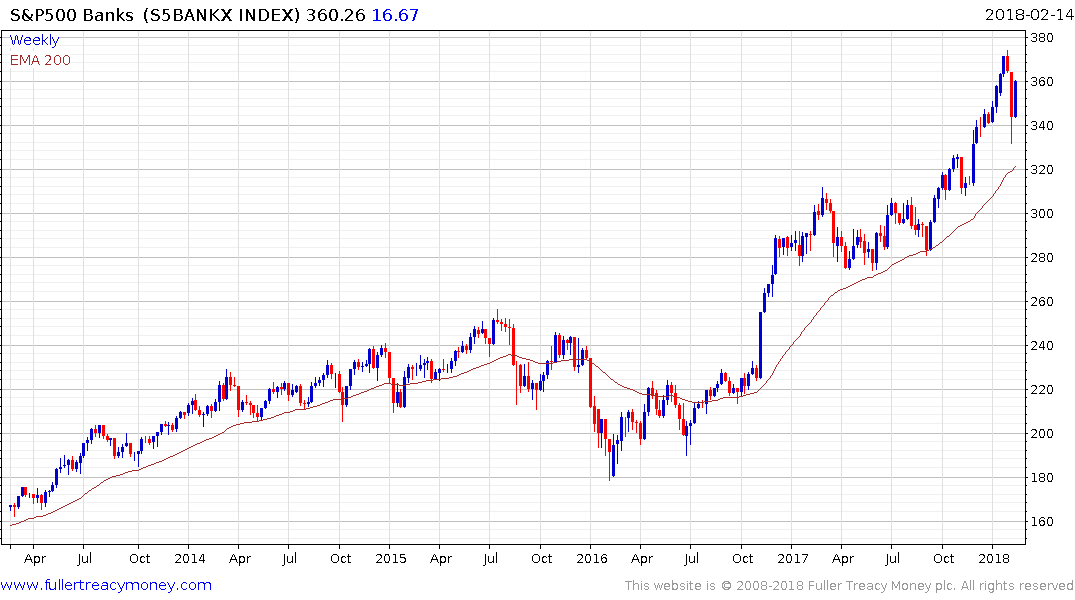 Two of the consequences of quantitative easing were to rob savers of yields and to compress the profitability of banks by reducing the interest rates they could earn on short-term paper. The change to raising rates is a net positive for the banking sector. There is ample evidence of this in the USA following the announcement of the tax cuts and as the Fed gradually raises rates. 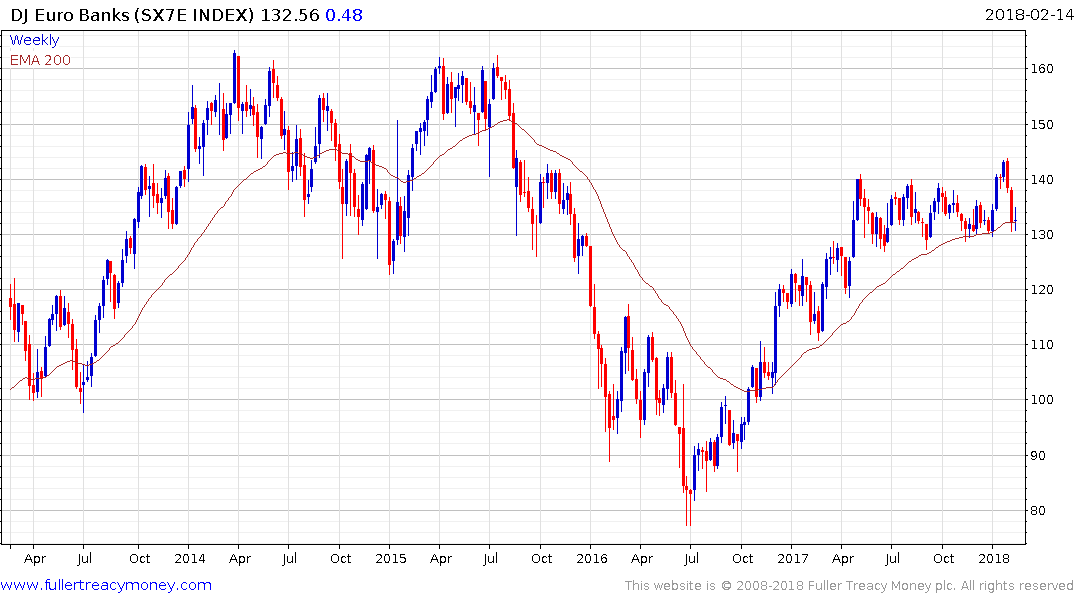 This article from Bloomberg highlights how much of a bad loan problem Europe still has but also how the trend is towards improvement. The DJ Euro STOXX Banks Index is currently testing the region of the trend mean near 130 and a sustained move below it would be required to question medium-term scope for continued upside.