Some countries are saying they can depend 100% on renewables. That may be possible in small countries - but for sake of security we need alternatives and backup supply. This is true even with advances in battery technology and the fact that today more than 50% of capacity growth is now coming from renewables - so this is clearly the future. Costs are declining and they are able to provide a decentralized source of electricity, and even in Japan nuclear is becoming much more costly than renewables and power companies need to do a much better job integrating decentralized renewable generation into their system and their role can be much larger than before. Before the problem was costs were very high for renewables, not only in terms of production but also in terms of management and integration - so dealing with the large-scale generation that comes from nuclear and other major facilities was preferred. Today, however, advances in digitalization and information technology makes it more feasible to manage decentralized and more numerous facilities. Electric vehicles are also coming and all of these changes make renewables far more probable.

This is exactly what China is aiming at and they are moving to become major providers of clean power for electric vehicles, digitalization and other purposes. Bottom line - the price of electricity is key for national competitiveness. China today has one of the cheapest sources of electricity in the world and Japan one of the highest. How can we compete? It is impossible. We import gas at twice the price of US so we need to use cheaper renewables with integrated decentralized system to bring costs down. That is unavoidable and we must act as soon as possible.

National security and global competitiveness are two sides of the same coin for many countries but this is most especially the case in terms of energy security. For nations heavily dependent on imported oil and gas, nuclear was, previously, an attractive answer to the question of how their economy might survive commodity price volatility. However, with the increasing efficiency of renewables the outlook is changing because with solar, wind and geothermal more countries than ever have a real chance to become energy independent.

As the above article highlights, China has already arrived at the conclusion and it is aggressively pushing for tighter controls on pollution, is supporting the rollout of electric vehicles and is building half a dozen battery giga-factories on a scale to rival and even exceed Tesla’s. This article details some of the sales plans for new vehicles which are expected to exceed 1 million new vehicles in 2018 for a total of 5 million by 2020.

After the Fukushima disaster Japan has at best a lukewarm attitude to nuclear so it has little choice but to pursue renewables if it is to have any hope of achieving some semblance of energy independence.

A great deal of capital is being poured into battery research. Advances in polymer batteries, lithium magnesium, lithium nickel and other chemistries have all be announced while a number of companies hope to bring out solid state batteries within the next five years. With commercialisation of any of these technologies the potential for substitution of cobalt in the supply chain may be questioned but that does not appear to be a short-term consideration. 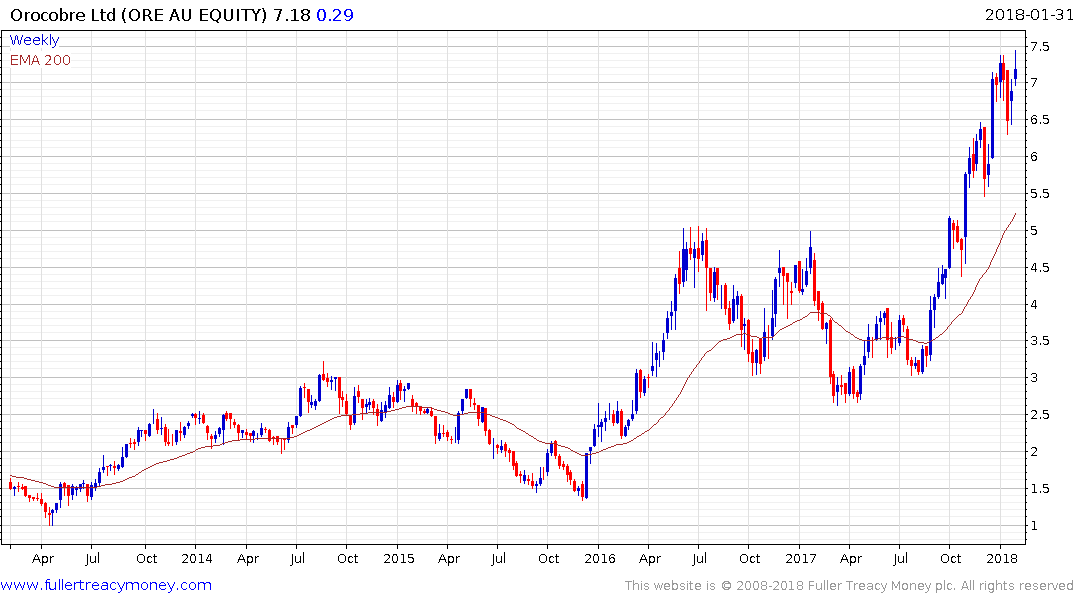 In the lithium sector, Orocobre just announced a non-dilutive investment from Toyota to increase supply at its Argentina operation. The share remains in a supply elasticity meet rising demand driven advance. 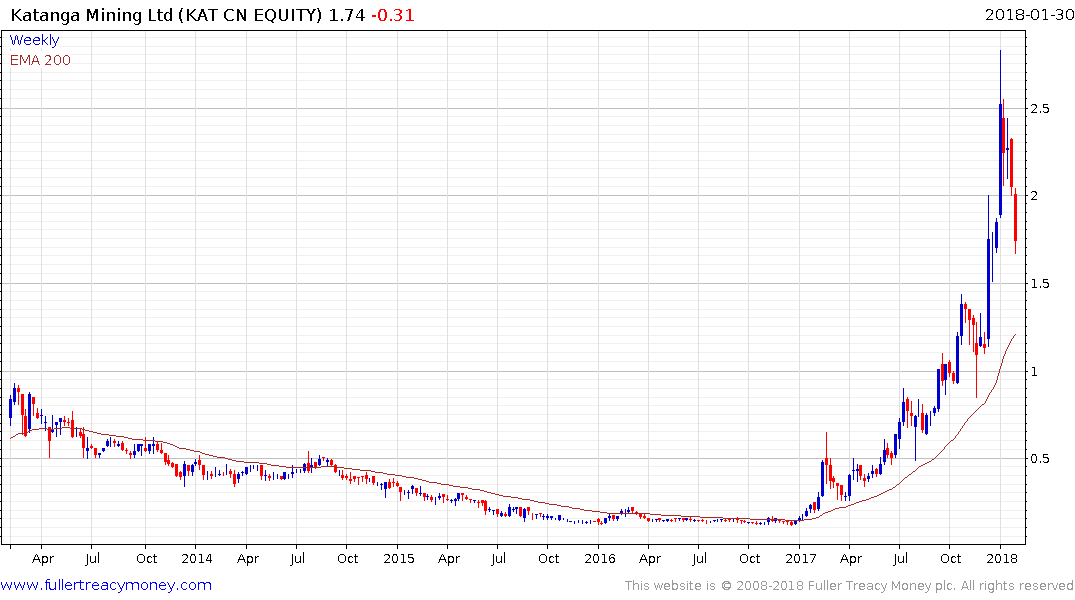 In the cobalt sector Katanga Mining is majority owned by Glencore and pulled back for most of this month to unwind much of its overbought condition relative to the trend mean. 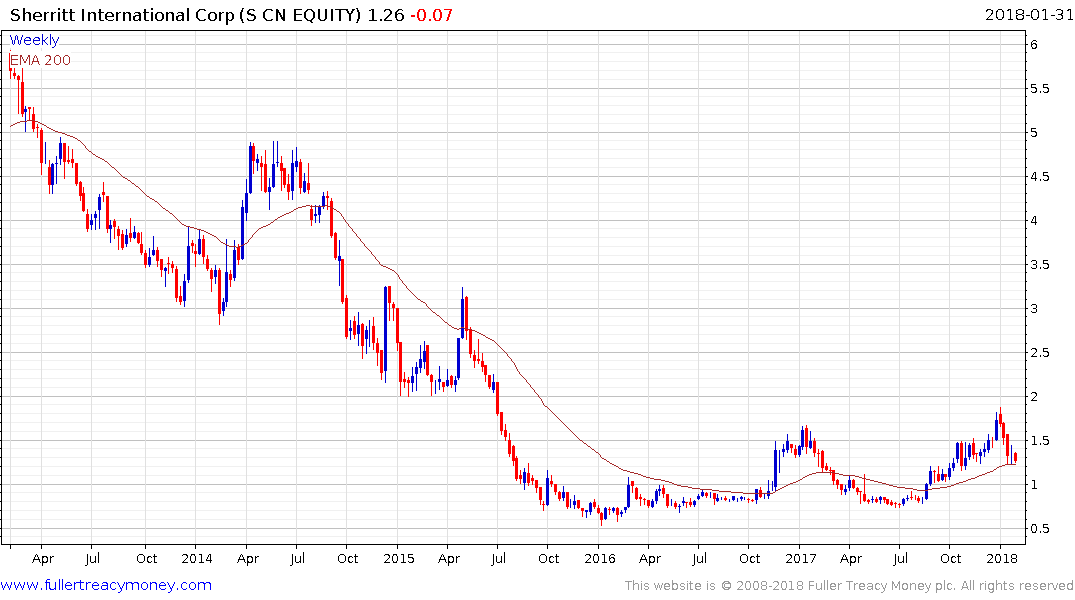 In the nickel sector, Sherritt International is also back trading in the region of its trend mean.