High up the most annoyed list that the ECB is not purchasing assets are corporate treasurers in the developing world. The central bank itself calculates that quantitative easing in the US was responsible for a doubling of debt issuance by emerging market companies since 2009, to 0.6 per cent of output. Indeed net new issuance was over $500bn in the last two years. But with the Federal Reserve steadfast on tapering that tailwind is disappearing - and at an inconvenient time. Across emerging markets the number of corporate bonds due to refinance in the next two years is high relative to history. In fact for China the roll-over requirements in 2014 and 2015 equate to 1.2 per cent of output, four times the average in the last decade. At least Mr Draghi’s quip that “We’re not finished yet" offers some hope.

Simplistic economic models like to imagine that an economy is an island and that all of the money created within it stays within the domestic system. The global economy just does not function that way. Money created by one central bank is globally mobile and will seek the most attractive assets and/or highest yields. The Fed might be tapering the size of its purchases but the ECB has stopped sanitising its purchases and the Bank of Japan is still printing. The next result is that liquidity remains abundant which continues to act as a tailwind for asset price inflation.

For example Brazil and India appear to be beneficiaries of investment flows as perceptions improve regarding their upside potential. 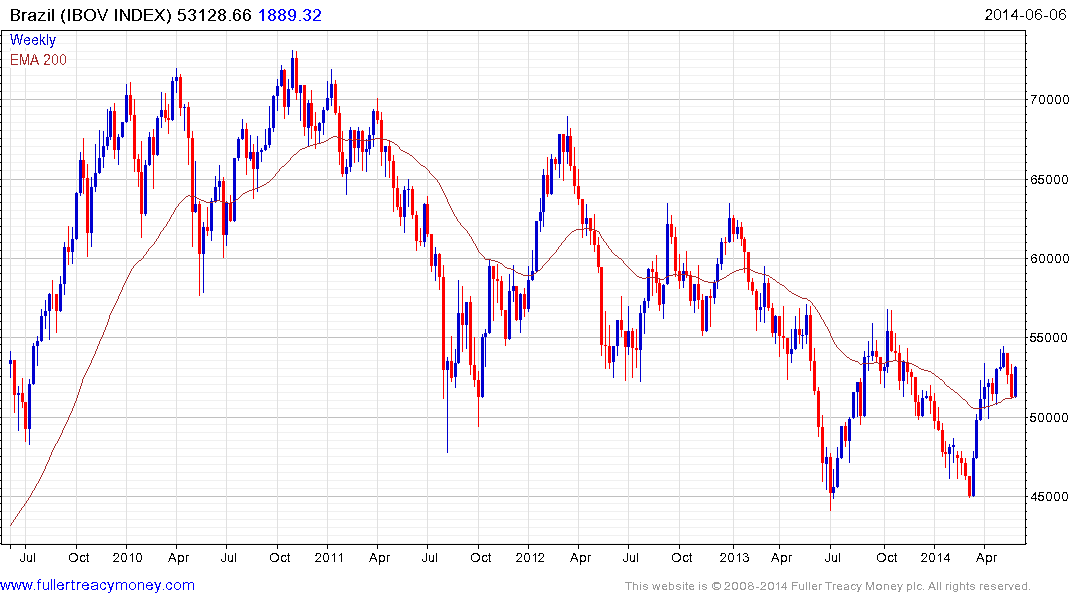 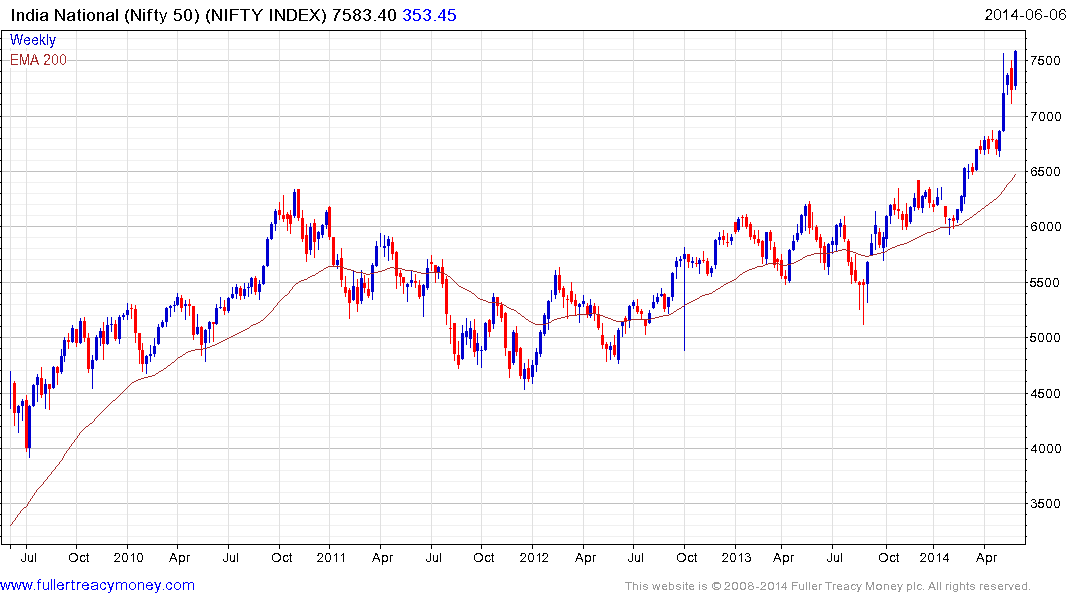