Disney is courting two sets of advertisers with its platform approach. Linear TV buyers will be able to buy across new formats more easily and with greater granularity, while programmatic buyers will finally be able to see and bid on all of Disney’s inventory.

Building its own ad tech is a key part of Disney’s strategy. A video ad server “pressure-tested” at Hulu will be extended across the rest of Disney's video inventory. The muscle behind its tech is a 500-person engineering and product team led by Jeremy Helfand, previously Hulu’s VP and head of advertising platforms. The team already built the video ad server and the video header bidding solution that allows programmatic buyers to compete for every Disney ad impression.

The team came about last year, when Disney merged all of its Hulu and Disney ad tech talent and products into a single, centralized team. All in, Disney said it’s making a “nine-figure” investment in its ad platform.

Google’s announcement that it is shutting down the tracking of user activity across websites is going to cause ructions for many companies that rely on that data to target the ads they buy. It also hands greater control to the owners of data pools who now have greater heft in selling access to potential ad buyers. 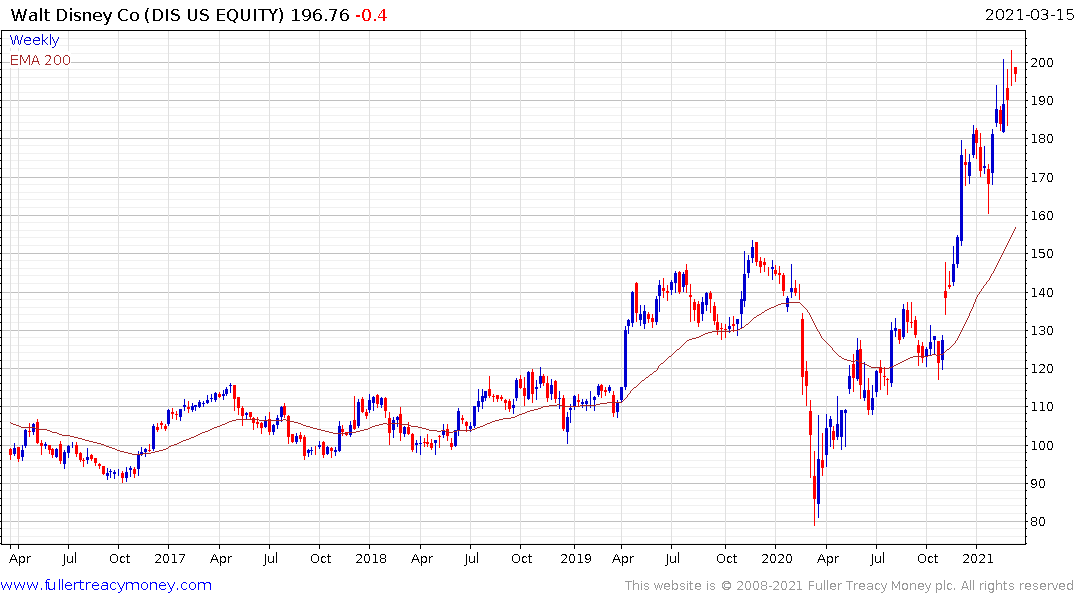 That suggests the timing of Disney’s announcement is propitious. By adopting a digital subscription model, now with 100 million users, the firm can create unique targeted ads for paying customers. The share is somewhat overextended in the short term but is unlikely to trade back below $150. 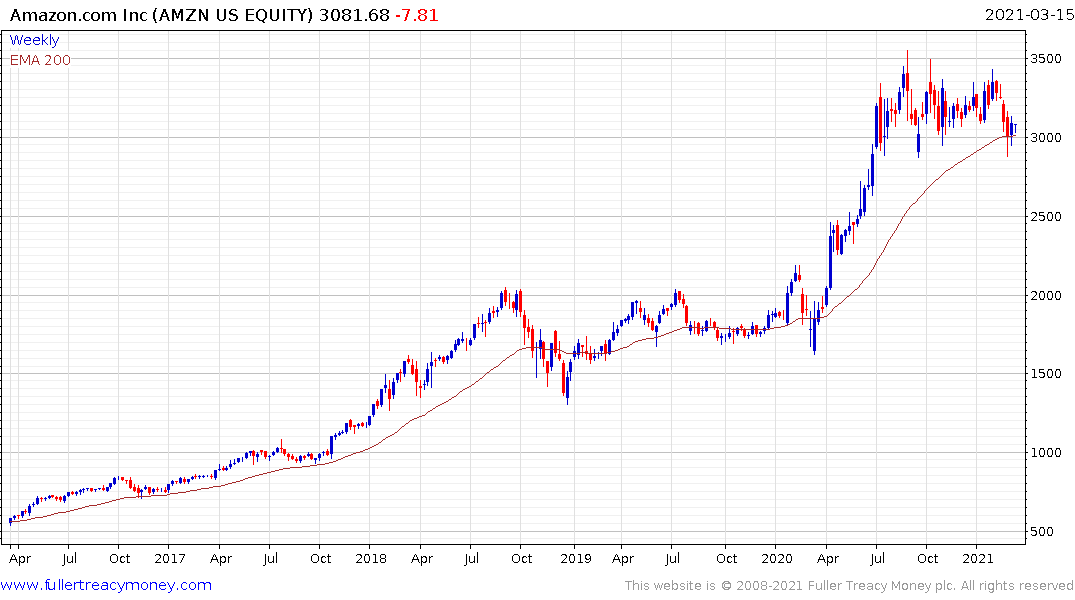 Alphabet, Apple, Facebook, and Amazon are already large advertising sellers and should continue to benefit from concentration of spending on reliable platforms. 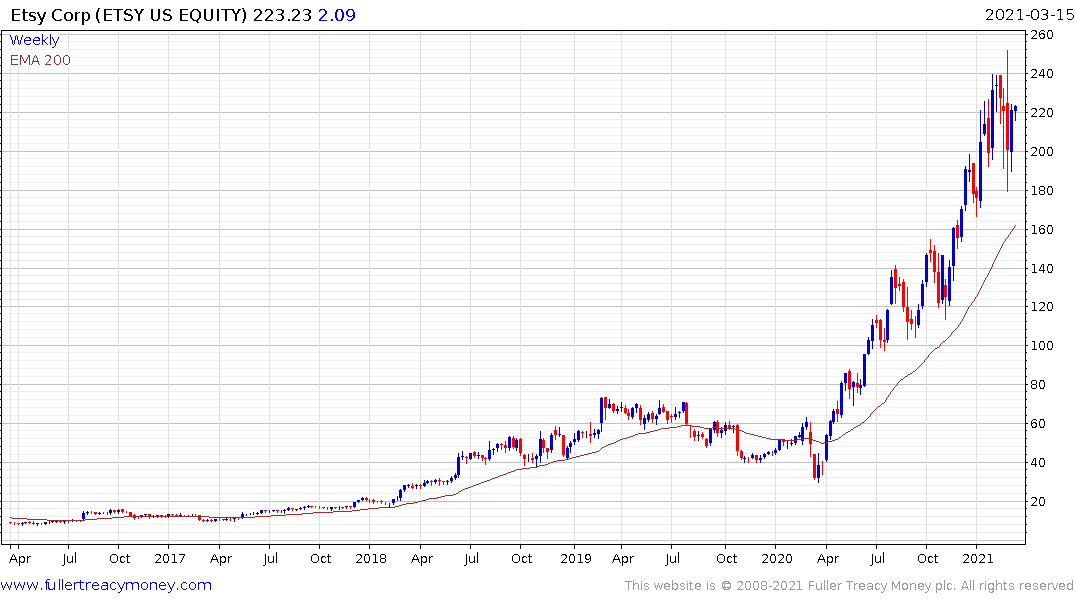 Etsy’s success has been driven by how well it has integrated advertising for its sellers. 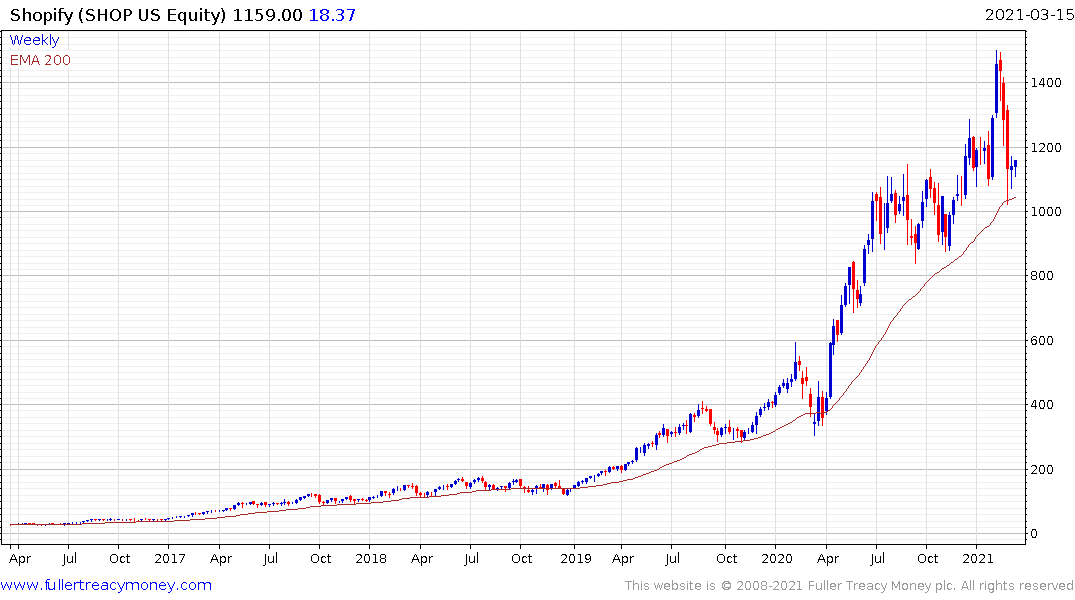 Shopify’s growth has been spectacular, but it plays no role in advertising the wares of customer’s websites. That transition would represent a significant add-on for its business model, were the company to adopt it. Meanwhile the valuation is susceptible to pressure as bond yields trend higher.