We estimate  +14MM new Electric  Vehicles  p.a.  by 2025.  EV penetration rates  vary  from  2.5%  to  36%  in  2025,  but  do  appear  to  be  increasing  as  more  EVs  hit  the  streets.  Commitments  from  big  auto  total  an  unprecedented  US$300BB  to  develop  EVs  and  procure or manufacture batteries over the next 5-10 years. China will be the driving force of  growth  in  EV  and  battery  manufacturing,  as  it  will  see  45%  of  all  EV  sector  spending  (see  note:  Electric  Vehicle  Fundamentals  Strengthen...into  China).  We  maintain  our  13%  penetration rate estimate, holding our base case of new car registrations constant at 2%. It  is  difficult  to  determine  what  future  vehicles  might  look  like,  but  we  assume  that  EV  sales growth accelerates in 2022, driven both by regulation initiatives and cost-parity with internal combustion engines. This requires LiB sector investment above already ambitious plans to meet demand.

There are very clear logical reasons for why lithium demand should continue to trend higher for the foreseeable future and they were equally relevant six years ago when it was a truly supply constrained market. Since then there has been a great deal of investment in additional lithium recovery projects with the result supply has increased substantially.

In order for the most bullish prognostications to prove valid demand growth forecasts will need to exceed by a considerable margin the ability of new lithium projects to increase capacity. Since many of the newer projects were started with just that aim in mind the growth of the battery sector will need to even faster and more globally pervasive if the gains posted in the run up to the 2018 peak in lithium and cobalt prices and those of the respective miners are to be repeated. 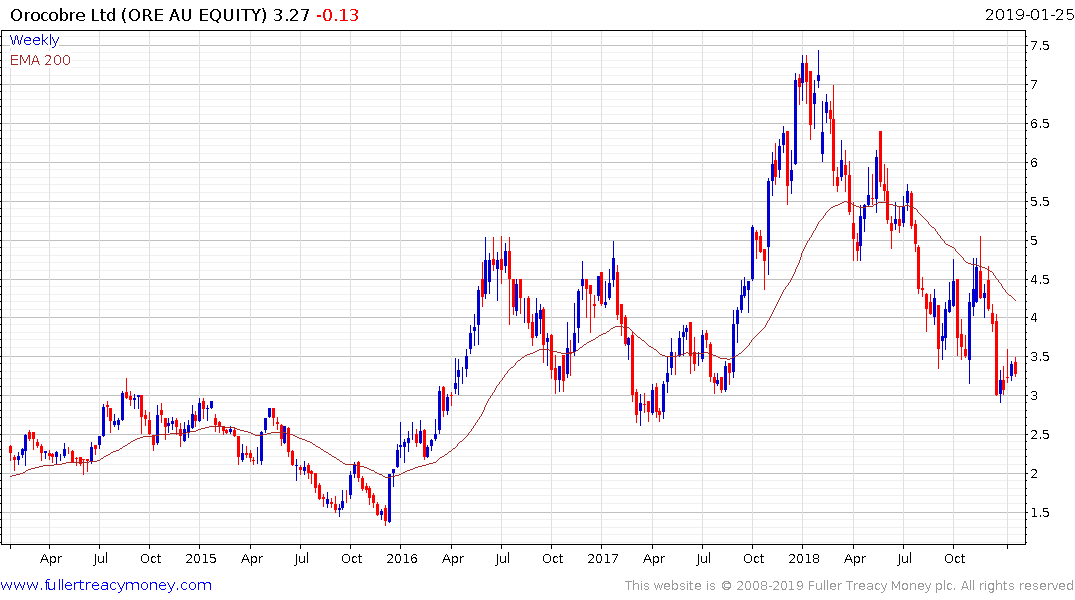 Orocobre which is a pure play new lithium producer remains in a medium-term downtrend. Of the major producers FMC has held up best but still has a lot of work to do to signal a return to demand dominance. 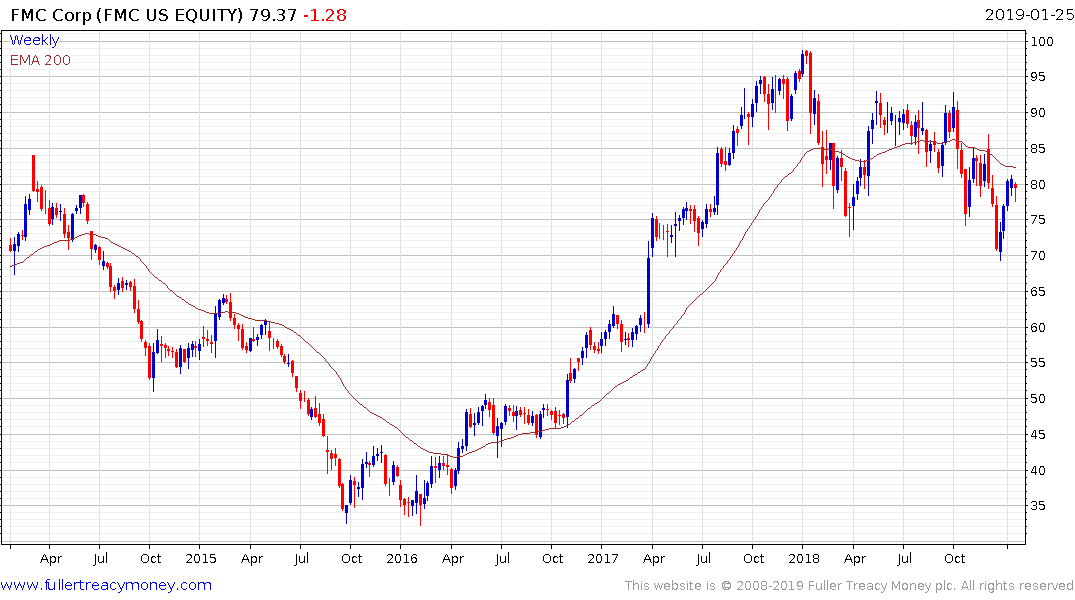 The bigger picture the stock performance is relating over the estimates of future potential is the Chinese economy is slowing and demand for new vehicles declined last year and remains soft.