Indonesia is often seen as an emerging market bellwether with its high yields, strong economic growth and a reformist government, with foreign investors holding about 40 percent of local-currency bonds. The direction of its markets may provide clues as to whether the stress that swept developing nations last year may be coming to an end.

Federal Reserve Chairman Jerome Powell’s comments on Friday indicating a possible pause in rate hikes, an easing in China’s monetary policy, and hopes of improvement in trade tensions between Beijing and America have all combined to boost emerging markets on Monday.

“The rupiah looks to be on that nice catch-down trade given the Goldilocks’ moment that markets are reveling in,” said Vishnu Varathan, head of economics and strategy at Mizuho Bank Ltd. in Singapore. “Fed’s Powell humming all the right notes out of the markets song book has gone a long way” in boosting the rupiah, he said.

Indonesia is a commodity exporter, has a large young population, an evolving manufacturing sector, and while now an energy importer is still an oil producer. With a reform minded administration it has exhibited relative strength this year not least because it got its currency devaluation done in 2015. 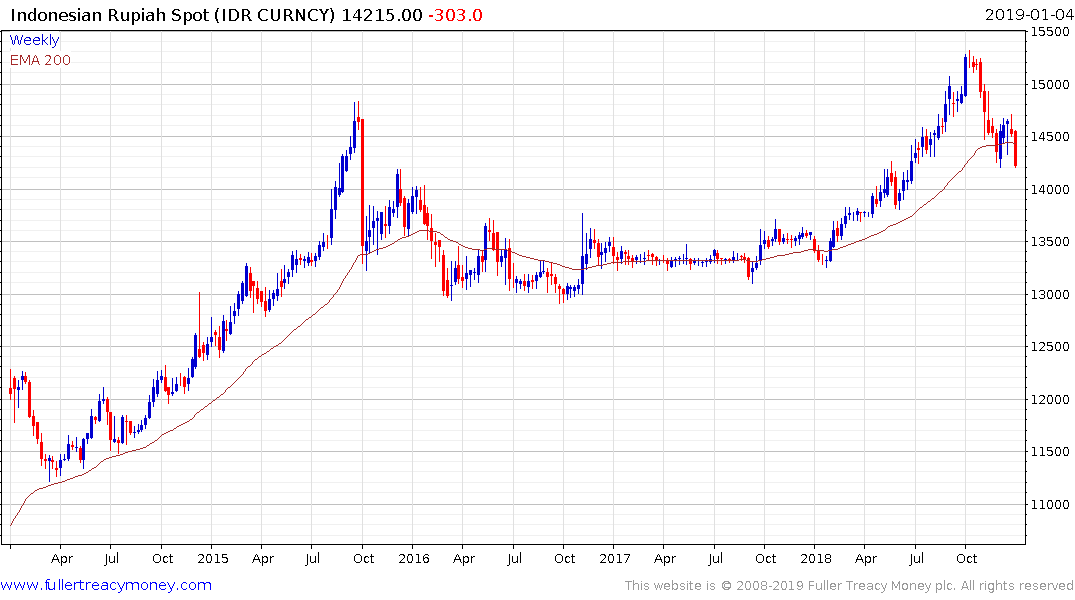 The Rupiah failed to sustain its breakdown to new lows in October and has now strengthened through its trend mean to signal more than near-term demand dominance. 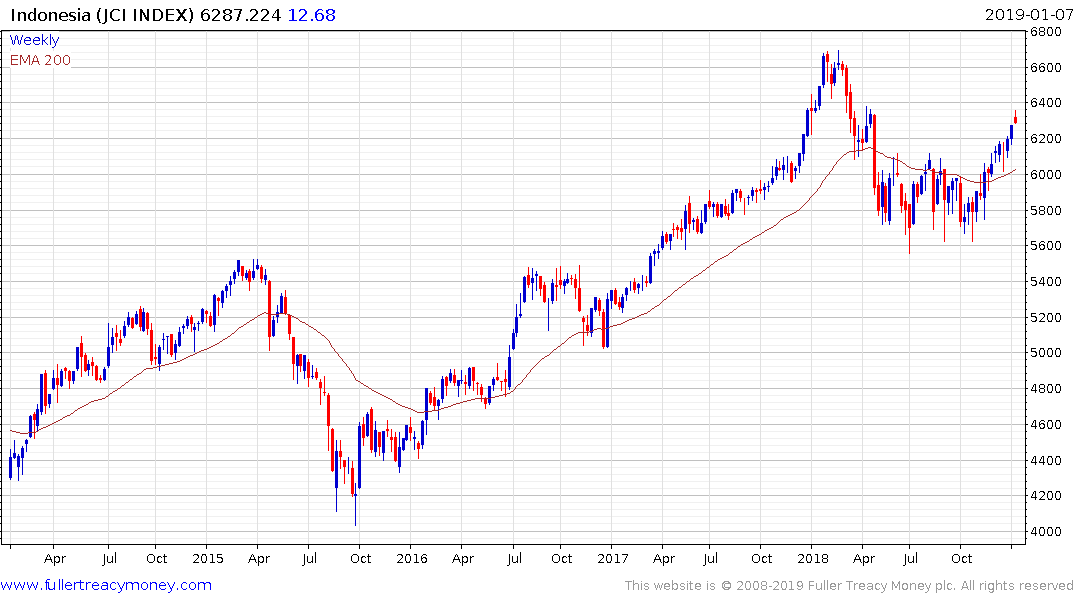 The Jakarta Composite Index spent most of 2018 ranging just below the trend mean but popped back above it in December and is now extending its rebound. 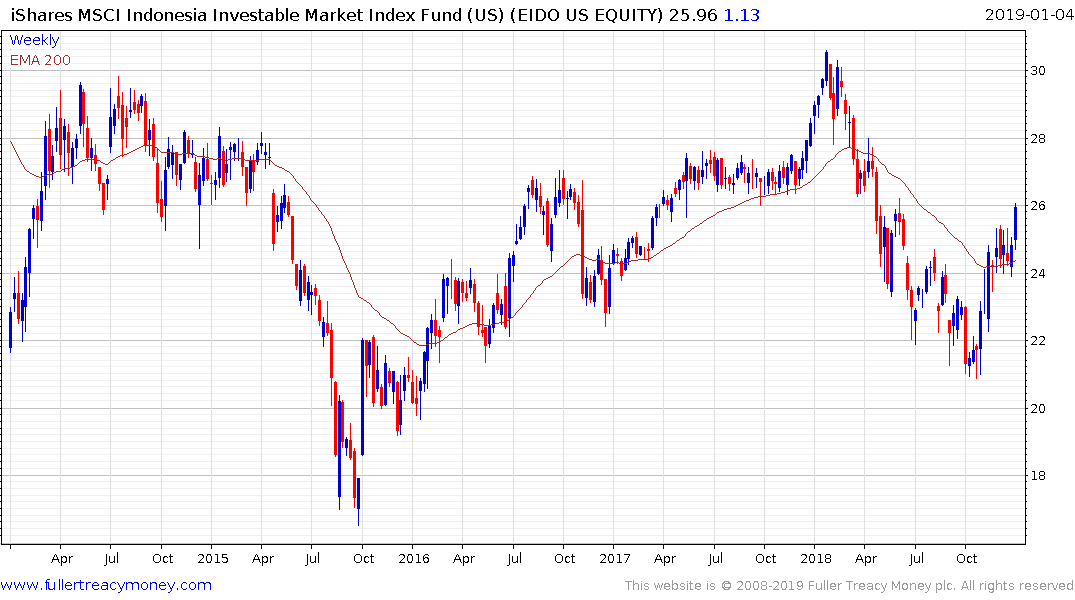 The iShares Indonesia ETF is now pulling away from the region of its trend mean.