Indian stocks rose for a second day on expectations that the government’s surprise $20 billion company tax cut will revive economic growth and boost company earnings. The S&P BSE Sensex jumped 2.8% to 39,909.03 at the 3:30 p.m. close in Mumbai, while the NSE Nifty 50 Index advanced 2.9%. Both gauges surged 5.3% on Friday, marking their biggest gain since May 2009, after the corporate tax rate was lowered to 22% from 30%.

Analysts increased earnings estimates for both measures by as much as 10% to factor in the lower tax burden. The government’s move follows a series of other measures unveiled over the past month aimed at boosting consumer demand and attracting investment.

Investors buy stocks rather than countries and a significant cut to corporate taxes is likely to provide the same boost to Indian shares as it did for US shares. The move brings India’s corporate tax rate into line with the Asian average rate and represents a clear fiscal stimulus for the wider economy. 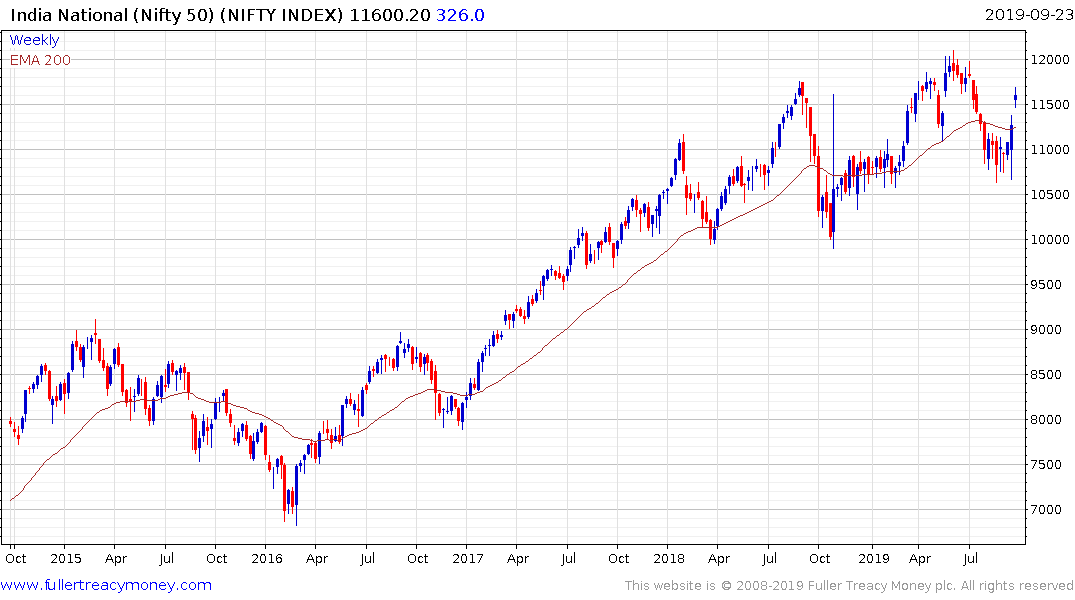 The Nifty Index surged to post a large upside weekly key reversal on Friday and followed through on the upside today. This suggests a near-term low and has been reached and potential for additional upside can be given the benefit of the doubt provided the recent lows near 10,600 hold 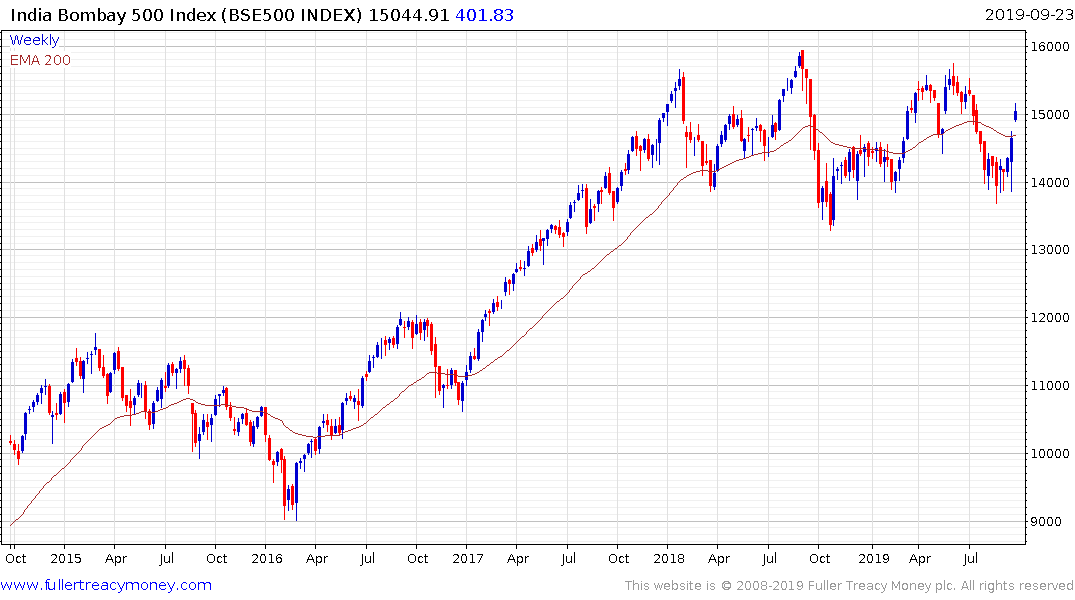 The BSE500 rallied impressively to confirm near-term support in the region of the lower side of its evolving range. 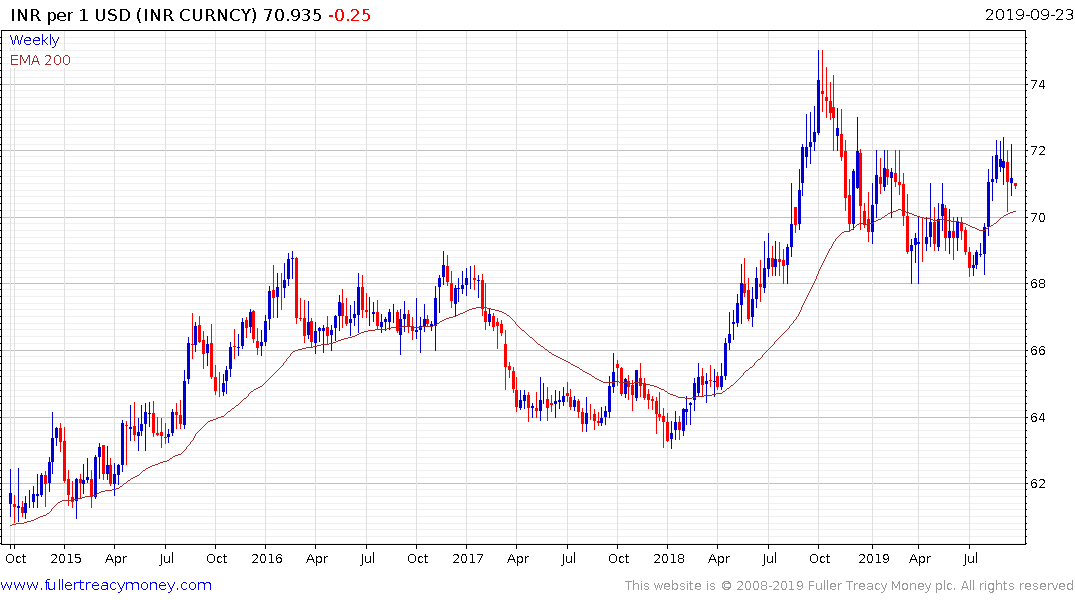 The Rupee firmed over the last couple of days following the tax cut news and continues to unwind its overextension relative to the trend mean. However, a sustained move through INR70 will be required to confirm more than short-term support.

The announcement of tax cuts and Modi’s enthusiastic reception at a rally in Houston over the weekend all point towards an improving position for India as a key US ally against China’s rise. The missing ingredient so far has been a clear set of policies to tackle the liquidity crunch facing the housing finance sector. Meanwhile the tax cut is particularly favourable for the larger banks.