Anti-satellite weapons aren't new. Systems capable of destroying orbital spacecraft have been around since the 1960s and include everything from specialized anti-satellite satellites packed with explosives, to repurposed shipborne anti-missile missile systems that can take out space targets without any special modifications.

However, for various technological and diplomatic reasons, very few spacefaring nations have actually developed anti-satellite weapons. Today's test makes India the fourth to do so after the United States, Russia, and China.

The Indian government says that the test was conducted by India's Defence Research and Development Organisation (DRDO) and was fully successful, demonstrating the country's ability to knock out a satellite with a high degree of precision using indigenous technology. The missile was a DRDO Ballistic Missile Defence interceptor developed as part of India's general missile defence program. It operated as expected, but carried no explosive warhead. Instead, it was what is known as a "kinetic kill," where the hypersonic velocity of the interceptor is enough to destroy the target.

The proximity of an Indian general election is a good explanation for the timing of this demonstration as well as the sorties over the Pakistani border. By pandering to the Hindu nationalist wing of the BJP, Modi needs to appear strong and is eager to demonstrate India’s technological prowess as a way of doing that. 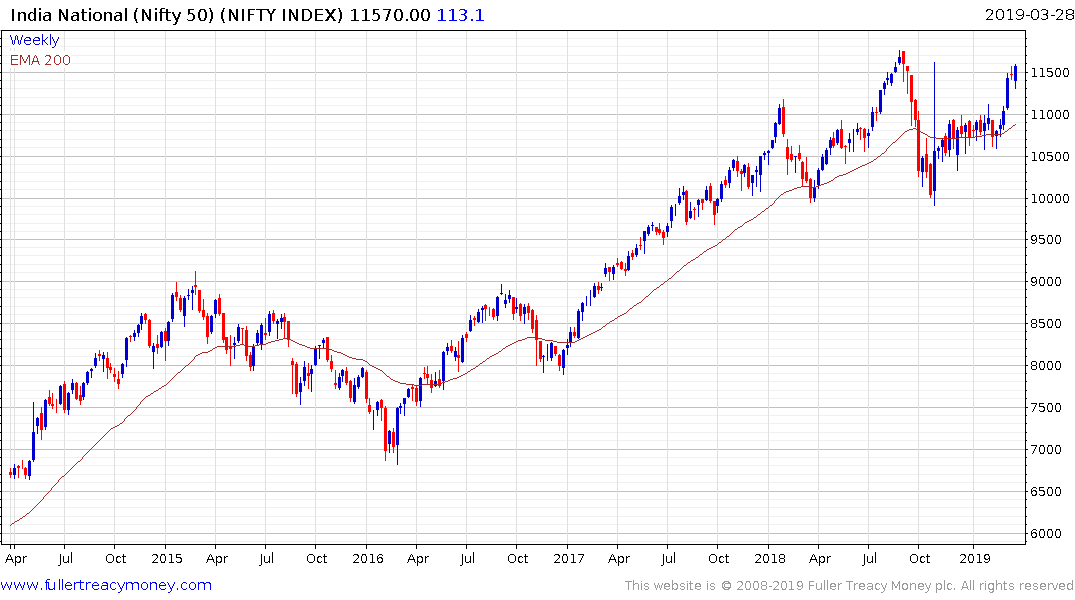 The Nifty Index is behaving in a manner consistent with the belief Modi is going to remain in power and in a position to continue to pursue his agenda. It has paused over the last week but a sustained move below the trend mean would be required to question medium-term scope for continued upside.

In other news, the USA demonstrated its ability to shoot down missiles yesterday by intercepting an ICBM. While no one is any hurry to test these kinds of countermeasures in the field the clear intention is to demonstrate ability to neutralise an attack from North Korea or other actor. 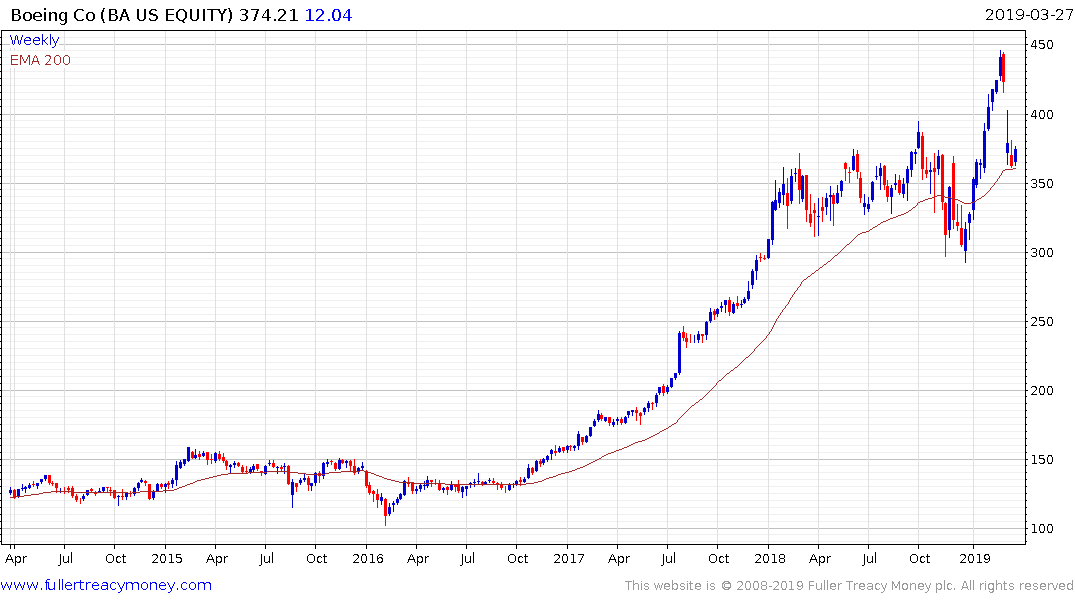 Boeing continues to pause in the region of the trend mean following the grounding of the 737-800 MAX. 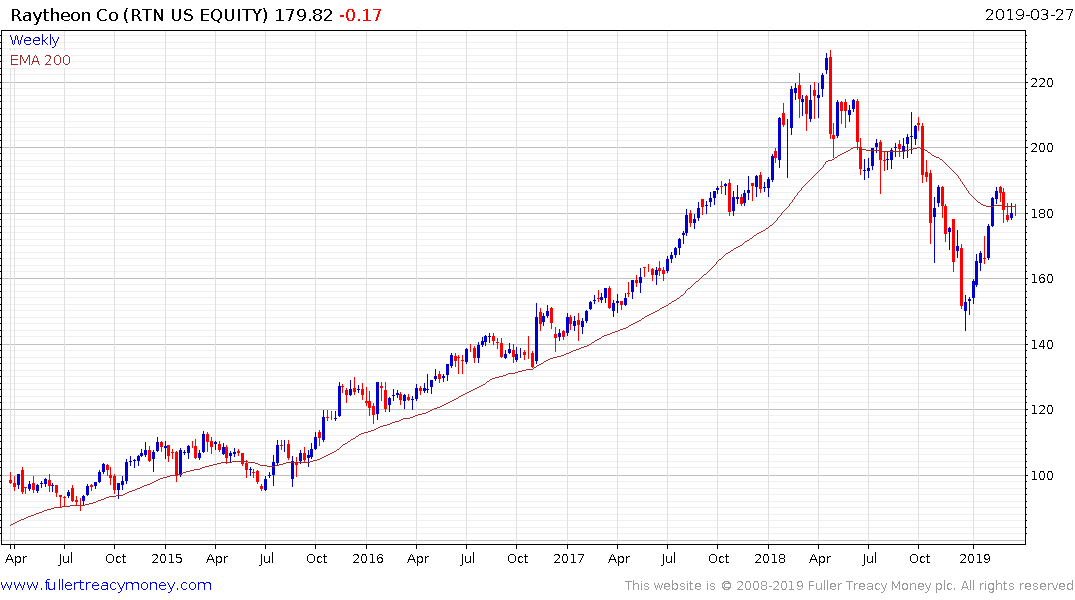 Raytheon has been trending lower since May, as questions about the sustainability of the USA’s defense budget have been aired. The share it now testing the region of the trend mean and will need to sustain a move above it to confirm a return to demand dominance.