2014 is going to be a big year for India as the prospect of a reform-minded prime minister, with a track record of delivering on economic growth, is priced in. However, while this would be a heartening development for investors who have been waiting for a bullish catalyst, the success of the RBI in defending the Rupee is likely to be no less important. 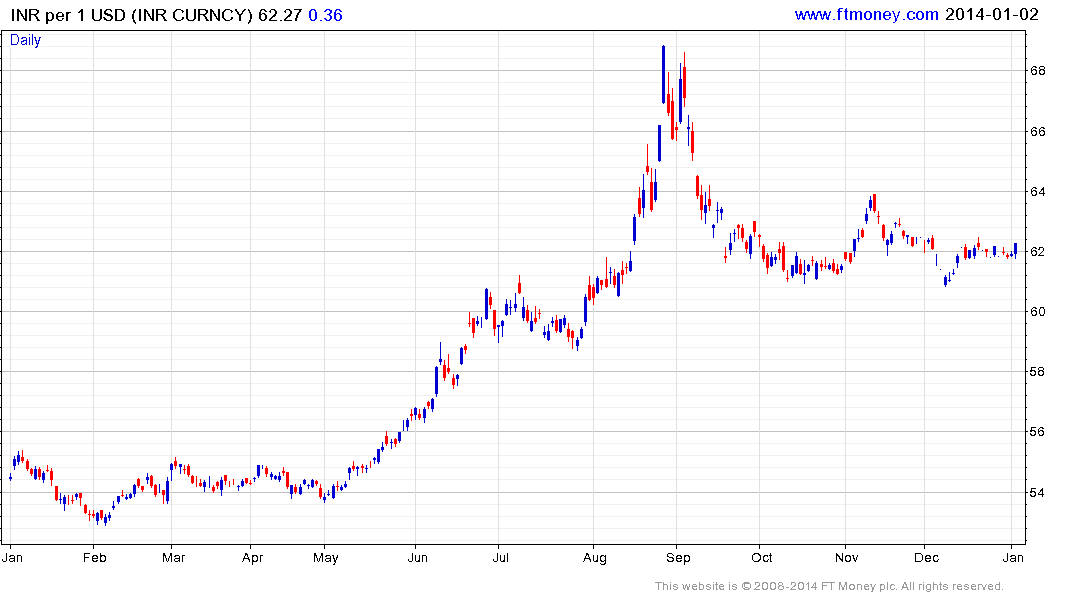 The US Dollar hit a medium-term peak near INR69 against the Rupee in September and has since pulled back to range above INR60. It will need to continue to hold below INR64 if foreign investors are to have confidence that the central bank remains committed to battling stubbornly high inflation. 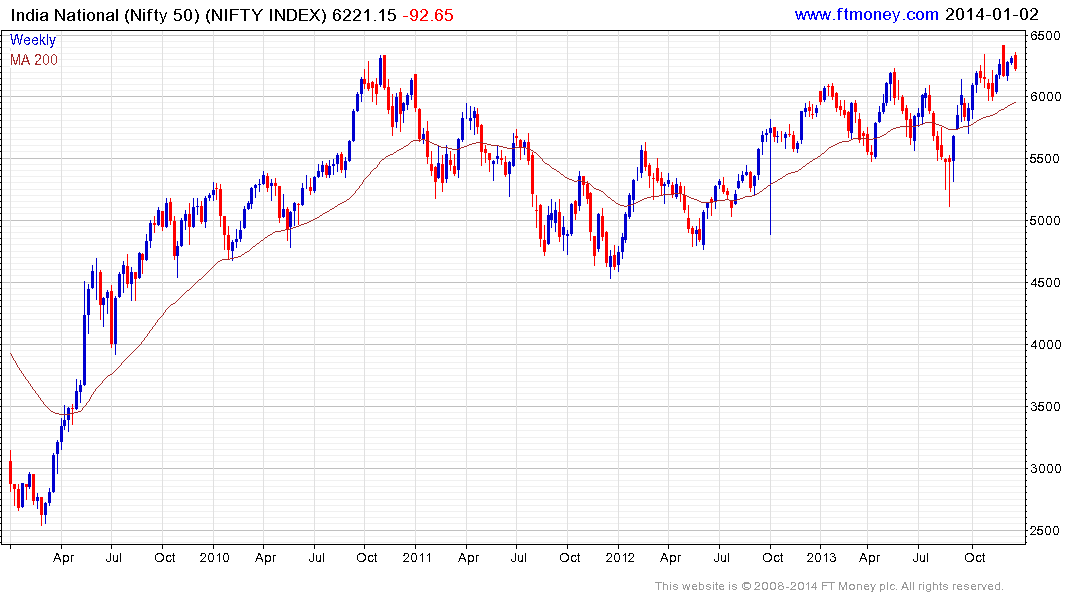 The Nifty Index continues to consolidate in the region of the 2010 peak and a sustained move below 5800 would be required to question medium-term scope for a successful reassertion of medium-term demand dominance.