India's Banking Revolution Has Started Without the Banks by Eoin Treacy

That needs to change. The NITI discussion paper on digital banks argues that the funding cost of India’s top nonbank consumer lender last year was more than 7%, while it was less than 4% for a well-capitalized bank. Why not license internet-only banks to take advantage of low-cost deposits, too, especially if they can use technology to fill $400 billion in unmet credit needs of small business owners?

If banks keep squatting on their entitlements, customers will up and leave. Walmart Inc.’s PhonePe app moves 47% of online money in India, while homegrown Paytm has a 10% share. Alphabet Inc.’s Google Pay, which controls 37% of the market, is using its search expertise to influence customers’ choice of bank deposits. HDFC Bank and its bigger state-owned rival State Bank of India still have a stranglehold on savings. So, they’re the top remitters by default in phone payments. However, when it comes to receiving money, the leader is Paytm Payments Bank. It’s a narrow bank with a limit on deposits per customer. It can neither make loans, nor issue credit cards, though it has finally got access to the central bank’s emergency liquidity window.

Not allowed to function as a proper bank, Paytm hawks credit for others. Last quarter, third-party loans disbursed by the unprofitable fintech jumped six-fold from a year earlier. Still, the Paytm stock is languishing 27% below its recent initial public offering price. Instead of earning fees by creating $1 billion in yearly credit opportunities for partners like HDFC Bank, the app may be more valuable as a digital bank, lending on its own.

A licensing regime that has fallen behind technological innovation has caused a regulatory vacuum. An RBI working group estimates the number of illegal digital lending apps in India at 600. Many of them “are collecting users’ entire phone contacts, media, gallery, etc.” and using that information “to harass borrowers and their contacts,” the group said.

India’s much vaunted unicorn IPO has followed the trajectory of most recent new issues and quickly unwound the post launch euphoria. Nevertheless, India’s online financial sector is a high growth market and should eventually help to streamline the provision of credit to businesses and consumers to help fuel growth. 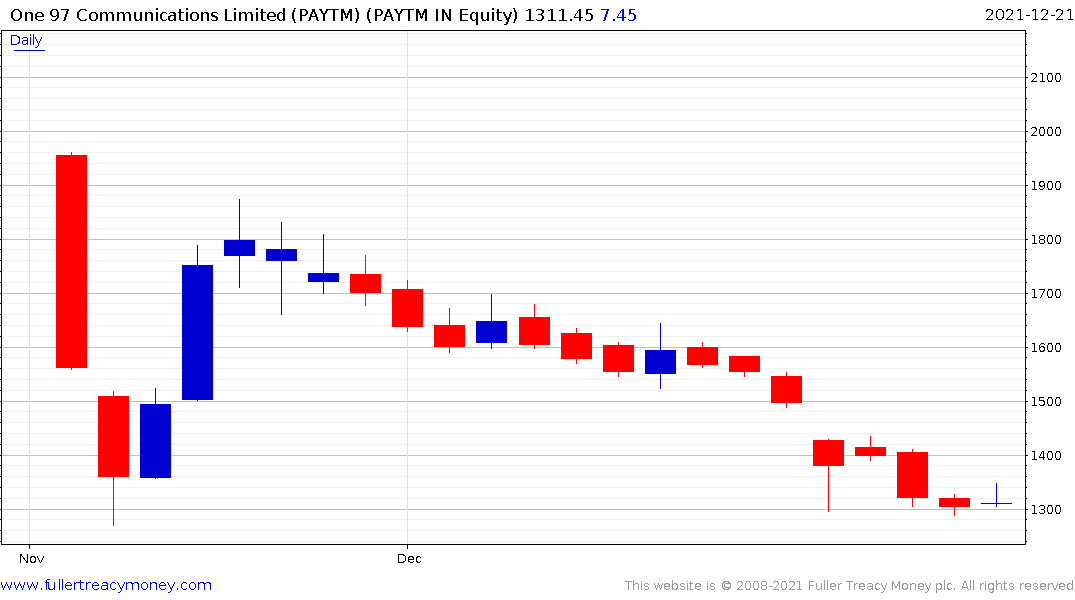 The share is back testing the lows from late November and will need to at least sustain a move above INR 1400 to confirm a low of near-term significance.

The S&P BSE IPO Index has dropped back to test the region of the 200-day MA. This decline is a significant loss of uptrend consistency so it is reasonable to assume a lengthier period of consolidation is unfolding despite the short-term oversold condition. 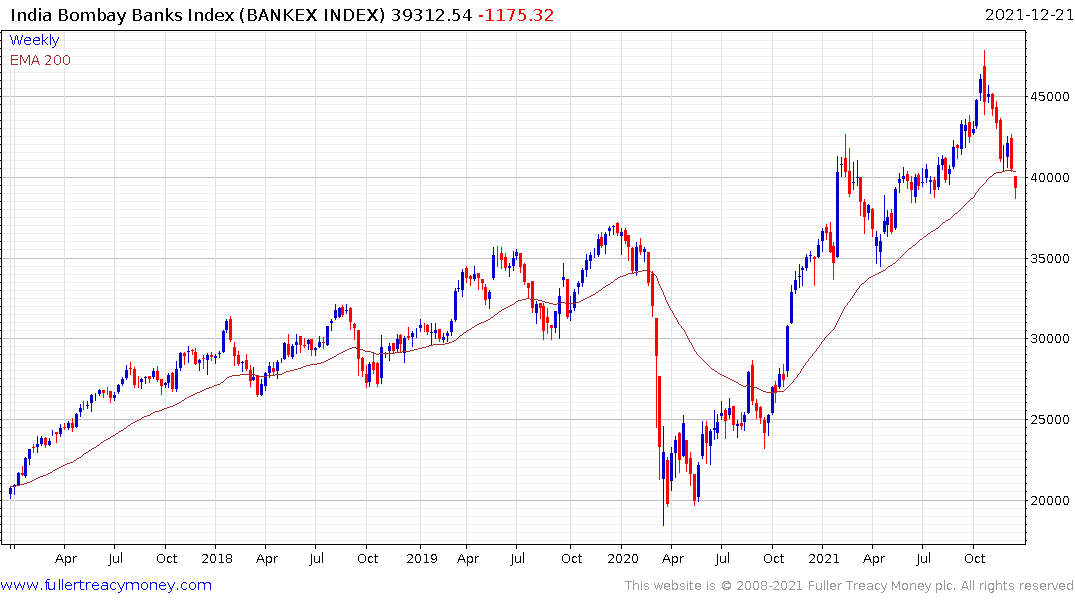 The Bombay Banks Index dropped below the trend mean yesterday and is now dipping back into the underlying trading range. This also suggests a lengthier period of consolidation for India stocks is unfolding. 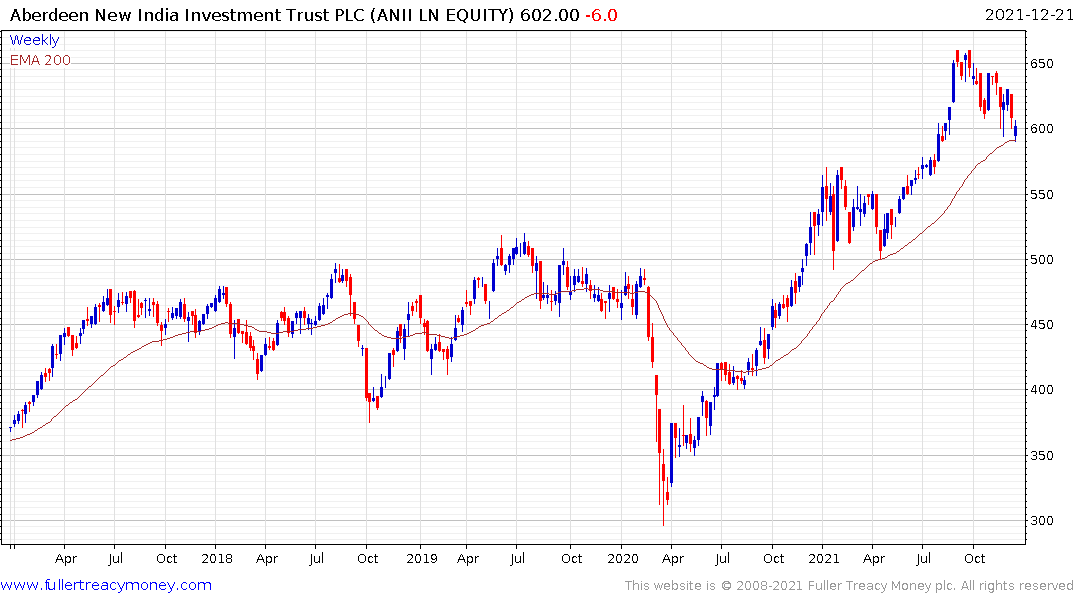 The Aberdeen New India Trust is back testing the region of the trend mean.