The Reserve Bank of India (RBI) raised the benchmark repo rate - the amount at which it charges to lend to commercial banks - to 8% from 7.75%.

Economists had expected no change after its meeting in Mumbai on Tuesday.

The RBI said that another near-term hike was unlikely if inflation eased to a more comfortable level.

?India's main gauge of inflation, the wholesale price index (WPI), rose 6.16% in December, from a year earlier. While that was a slight fall on from the previous month, the rate continues to remain an issue with the central bank.

Under its new governor, Raghuram Rajan, the RBI has taken a much more active role in attempting to curb what have been stubbornly high inflation figures. Having embarked on a policy of interest rate hikes we can anticipate that this course of action will be followed until price pressures moderate. This in turn should help to contain selling pressure on the Rupee. 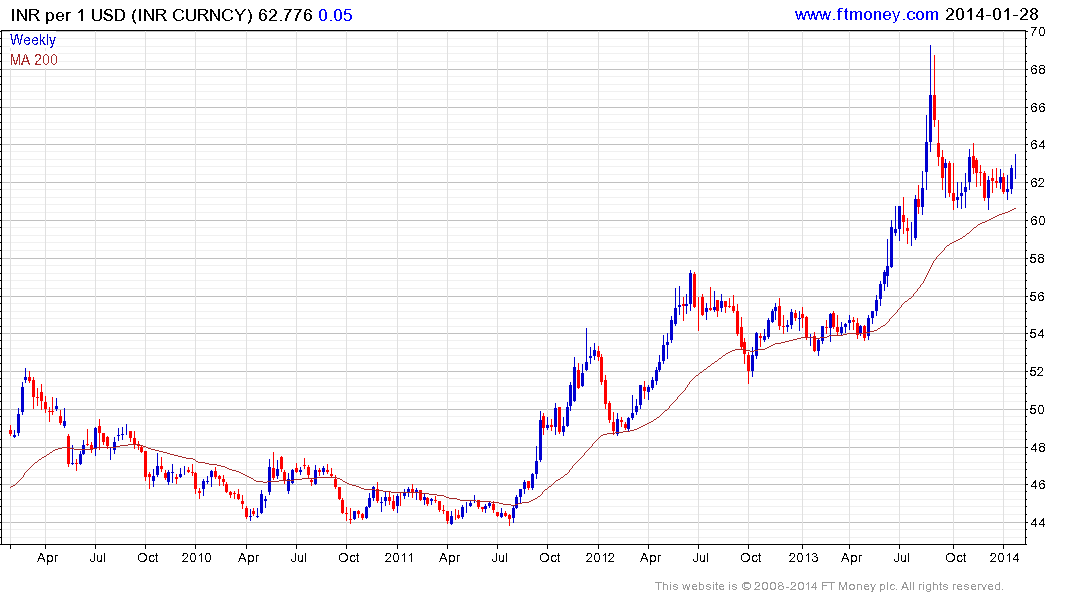 Just as India was forced into a more active role by the decline in the Rupee last year, the Turkish and South African central banks now find themselves in similar positions.  Both raised rates today, so far with mixed results. However, we can conclude that since they have taken the initiative to stabilise their currencies, we are now in the latter stages of what have been accelerating declines for these currencies. 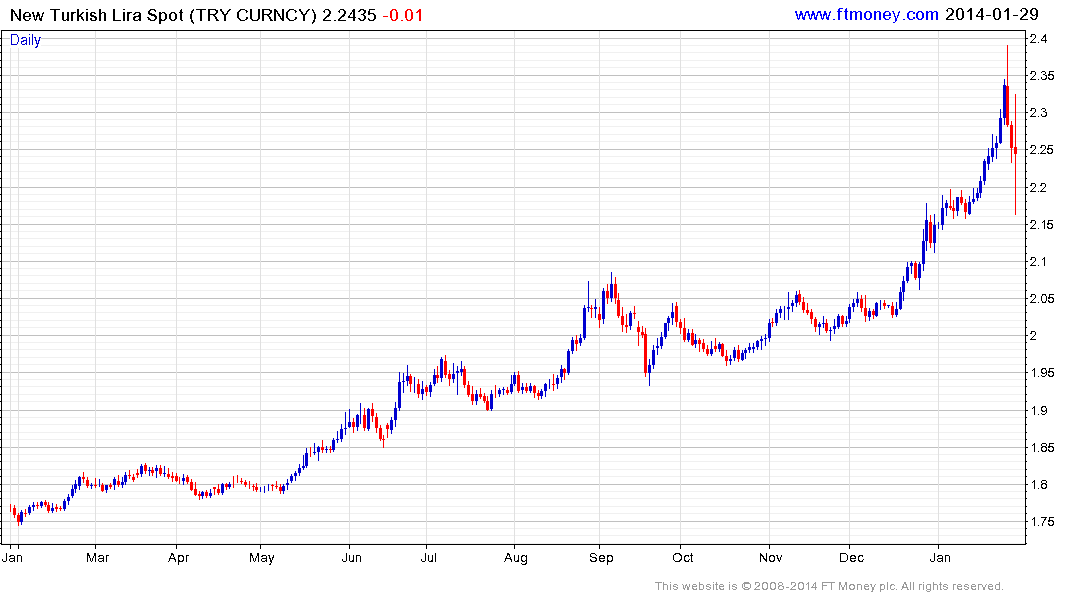 The US Dollar has been trending steadily higher against the Lira for more than five years but has accelerated higher since December. It encountered at least short-term resistance on Monday near TRY2.4; raising the probability that a process of mean reversion is now underway. The central bank¡¯s resolve is likely to be tested by market gyrations, so we can expect continued volatility as supply and demand begin to come back into balance. 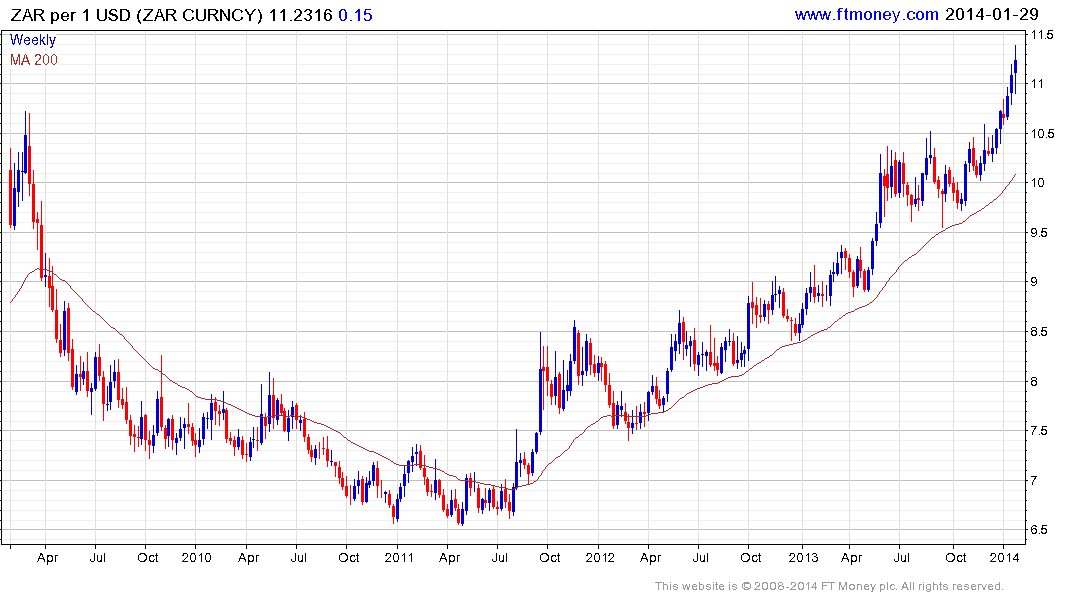 The US Dollar has been trending higher against the South African Rand since 2011 and has accelerated higher over the last month to test the 2008 peak near ZAR11.8. The timing of the South African central bank¡¯s interest rate hike is notable as the currency tests an area of previous support, but a clear downward dynamic will be required to pressure US Dollar longs.
Once investors begin to have confidence that the currencies have stabilised, attention will turn to the renewed competitive advantage these countries have gained. If standards of governance are also seen to improve, the positive reaction of investors is likely to be more powerful.