“We do have pockets of revenge demand coming in spurts but consumption still needs some hand-holding,” said Shubhada Rao, founder at QuantEco Research in Mumbai, who reckons that the impact of India’s ongoing third virus wave may have been factored in these estimates. “We are looking at 7.5% growth next year.”

Gross value added, a key input of GDP that strips out the impact of taxes on products, is seen increasing 8.6%. Manufacturing output is estimated to rise 12.5%, while mining sector is seen expanding 14.3%. Agriculture, which provided some cushion to the economy last year, is projected to grow 3.9%
Gross fixed capital formation, a proxy for investment, is forecast to increase 15%, whereas government spending is seen increasing 7.6%. The ministry sees a 6.9% jump in consumption as pent-up demand drove sales
The growth numbers, which benefit from last year’s sharp contraction, will serve as a key input to Finance Minister Nirmala Sitharaman’s annual federal budget, due to be presented next month
India’s growth is seen moderating to 8.5% next year, according to a forecast by the International Monetary Fund released in October

Everyone is dealing with inflationary pressures at present but countries like India have the potential to grow faster for longer than developed markets. That’s the primary appeal of emerging markets enjoying their demographic dividend. The productive capacity of hundreds of millions of young people in their prime, striving for better living conditions and aided by technology is a powerful secular bull market theme. Even in an inflationary environment, positive real growth is possible. 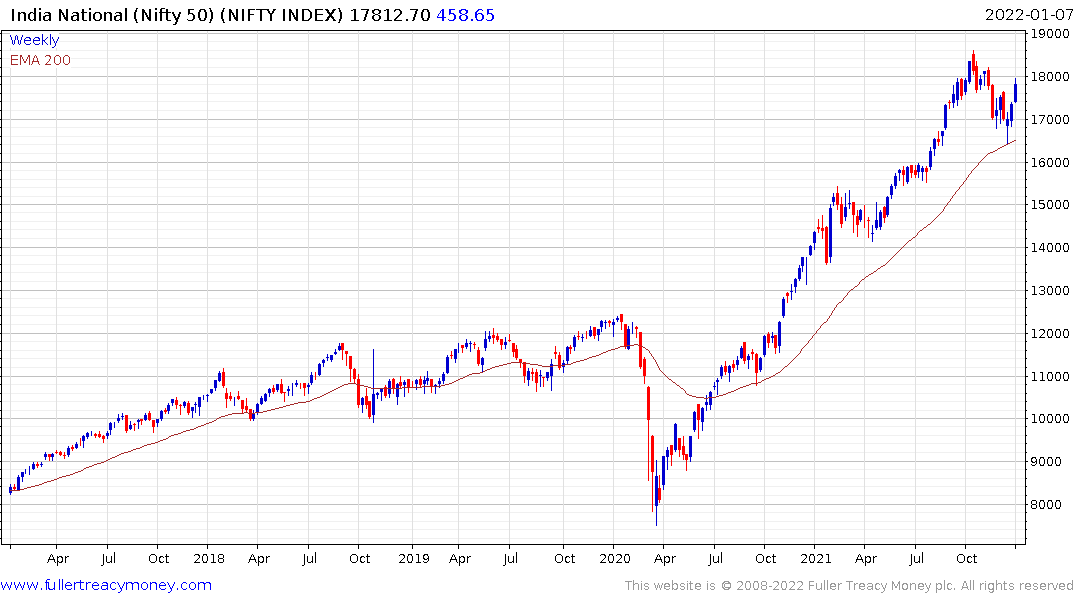 The Nifty Index continues to bounce from the region of the 200-day MA and remains in a consistent medium-term uptrend. 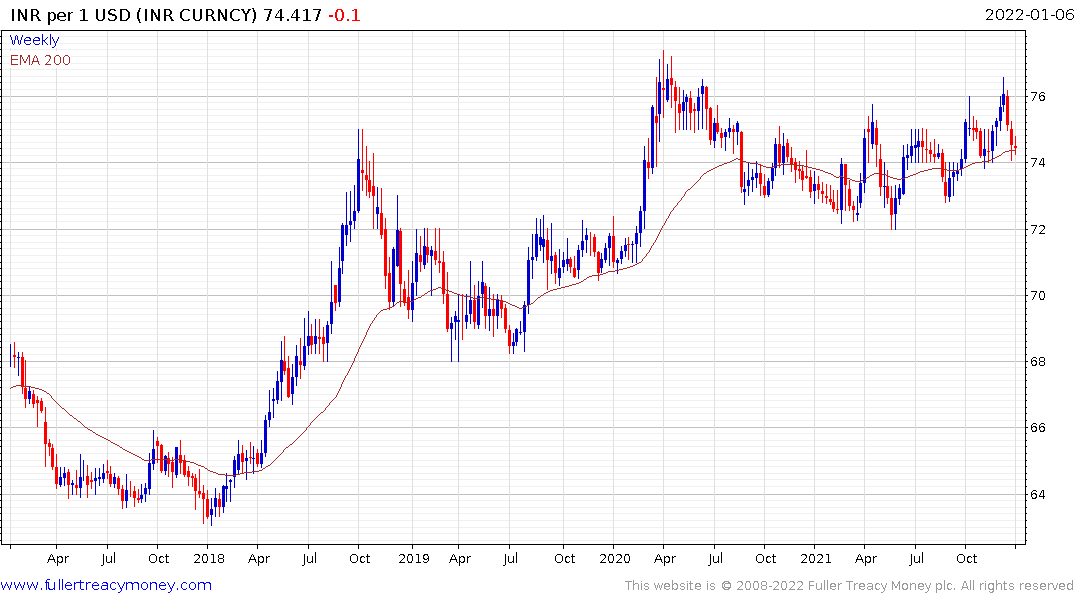 The Rupee has been a notable outperformer over the last month and is back testing the Dollar’s sequence of higher reaction lows. A sustained move below INR74 would threaten the Dollar’s medium-term dominance.