Official data on Friday showed that gross domestic product in Asia’s No. 3 economy grew 5% in April-June from a year earlier, below the weakest estimate of 39 economists polled by Bloomberg and the slowest pace in six years. The five straight quarters of slowing growth mark the longest slump since 2012.

Under the hood, the numbers offer more cause for concern on whether output – once adjusted for inflation -- will increase fast enough to ensure borrowers cover their interest payments. A Bloomberg gauge of high-frequency indicators suggests that economic activity continued to weaken in July, with investment and consumption both falling. Economists at Nirmal Bang expect GDP growth to bottom out in the quarter ending September but believe that “a counter-cyclical government spending boost is required.”

The consolidation of the state-owned banking sector announced last week is a positive. India is a fast-growing economy with strong potential to become a future manufacturing powerhouse not least because factories are seeking a new home as they exit China.

The broader issue for the Indian financial system is the ongoing liquidity crisis in the housing finance sector. The RBI is cutting interest rates and the potential for additional government stimulative measures is credible. However, a concerted effort to improve governance and ease liquidity conditions for the housing finance sector is a probably required to revitalise optimism about future prospects. 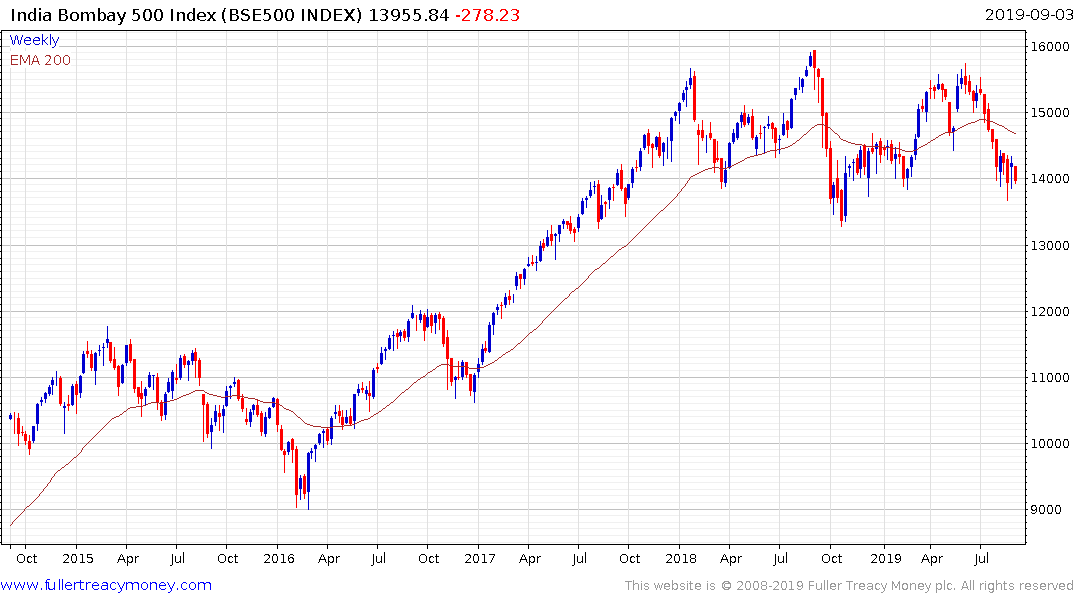 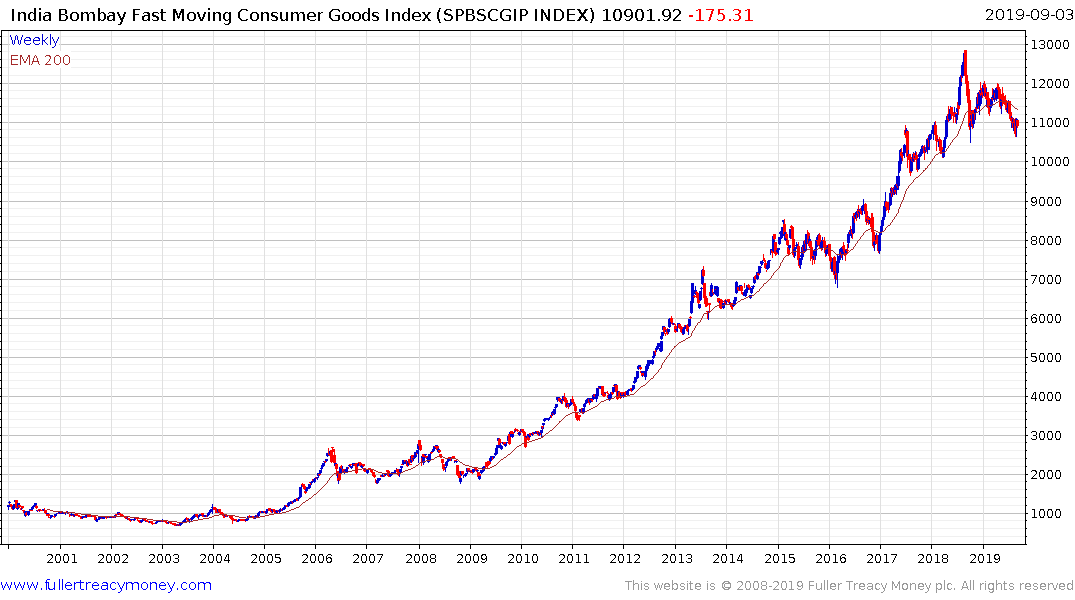 The S&P BSE Fast Moving Consumer Goods Index which has been among the best performers over the last decade has lost consistency. There have been previously occasions which it has traded below the trend mean and each have been resolved with very clear upward dynamics. A similar bounce will be required to confirm a return to demand dominance.