In a detailed statement, the Army said on Tuesday that the Chinese troops were "attempting to close-in with one of our forward positions along the LAC and when dissuaded by own troops, PLA troops fired a few rounds in the air in an attempt to intimidate."

"It is the PLA that has been blatantly violating agreements and carrying out aggressive maneuvers, while engagement at the military, diplomatic and political level is in progress," the Indian Army said.

The Army's statement came after China claimed that Indian troops "illegally crossed" the LAC near Pangong Tso on Monday and accordingly Chinese troops were forced to take "countermeasures" to stabilise the situation.

It added that despite this provocation, the Indian troops exercised great restraint and behaved in a responsible manner.

"Indian Army is committed to maintaining peace and tranquility, however, it is also determined to protect national integrity and sovereignty at all costs," it further said and refuted the statement by the Western Theatre Command (one of the five commands of China's PLA) as an "attempt to mislead their domestic and international audience."

India recently outflanked China by taking control of strategic height near Pangong lake's southern bank. It thwarted an attempt by the Chinese army to transgress into Indian areas near the southern bank of Pangong Tso near Chushul in Ladakh.

India and China have been engaged in a standoff since April-May over the transgressions by the Chinese Army in multiple areas including the Finger area, Galwan Valley, Hot springs, and Kongrung Nala.

With the world focused on the chances of delivering a vaccine in the near term, it is worth remembering that the world keeps turning. For military planners the pandemic represents an opportunity to probe defences and the commitment of adversaries to continue with active resistance.

It is hardly a coincidence that China implemented its security law in Hong Kong in the middle of the pandemic and the rising tensions with India can be viewed from the same perspective. 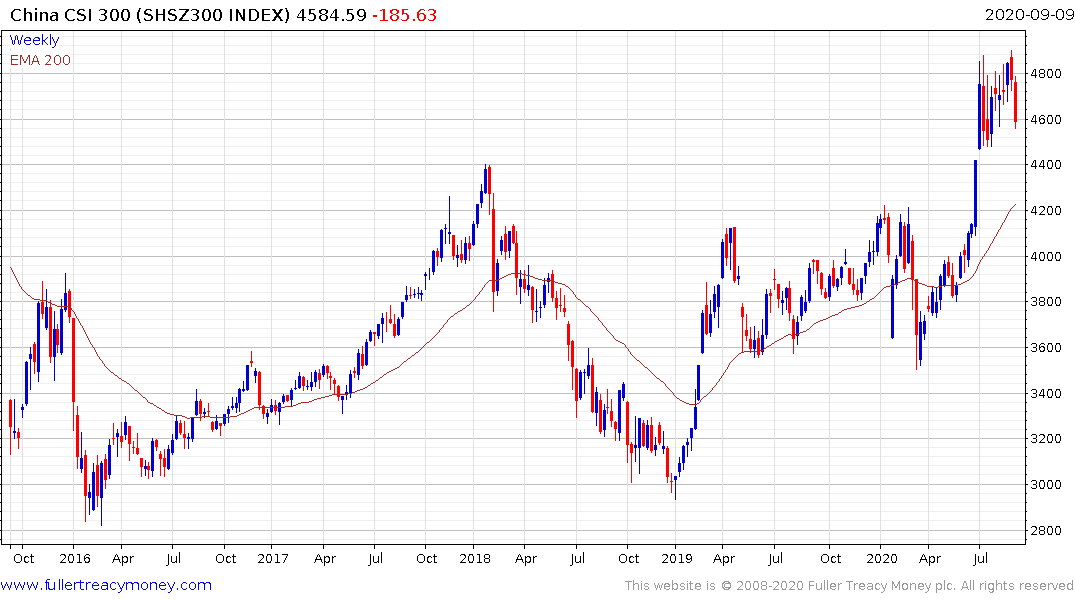 The CSI-300 Index is back at the lower side of its short-term range following its recent failed upside break. The pause over the last 10 weeks has at least partially unwound the overextension relative to the trend mean and a sustained move below it would be required to confirm a change of trend. 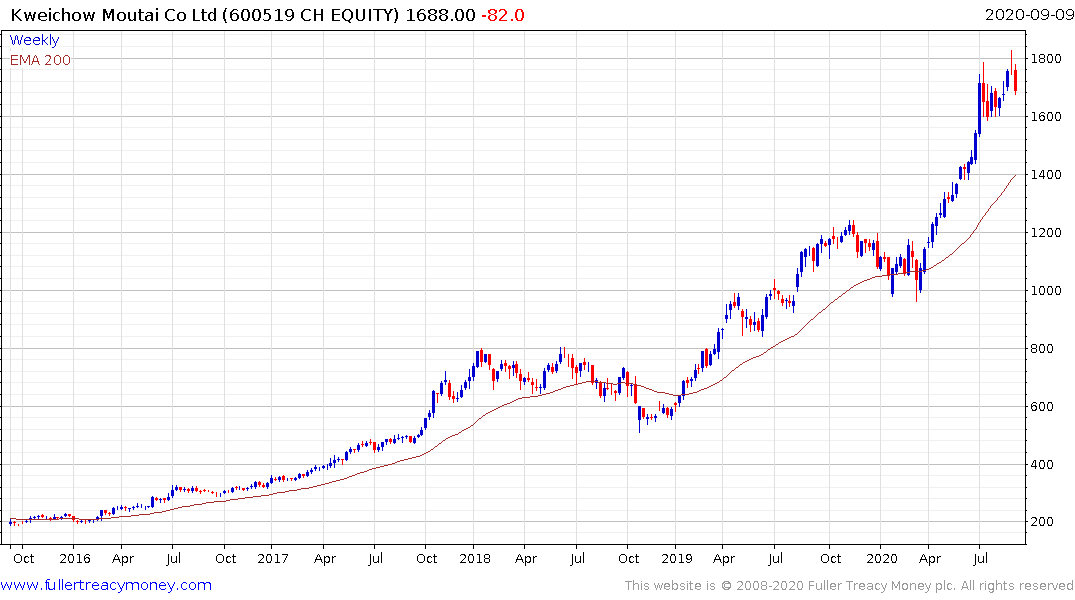 Kweichow Moutai, which has been one the best performing large cap shares in China failed to sustain last week’s upside break and is susceptible to additional downward pressure considered the overextension relative to the trend mean. 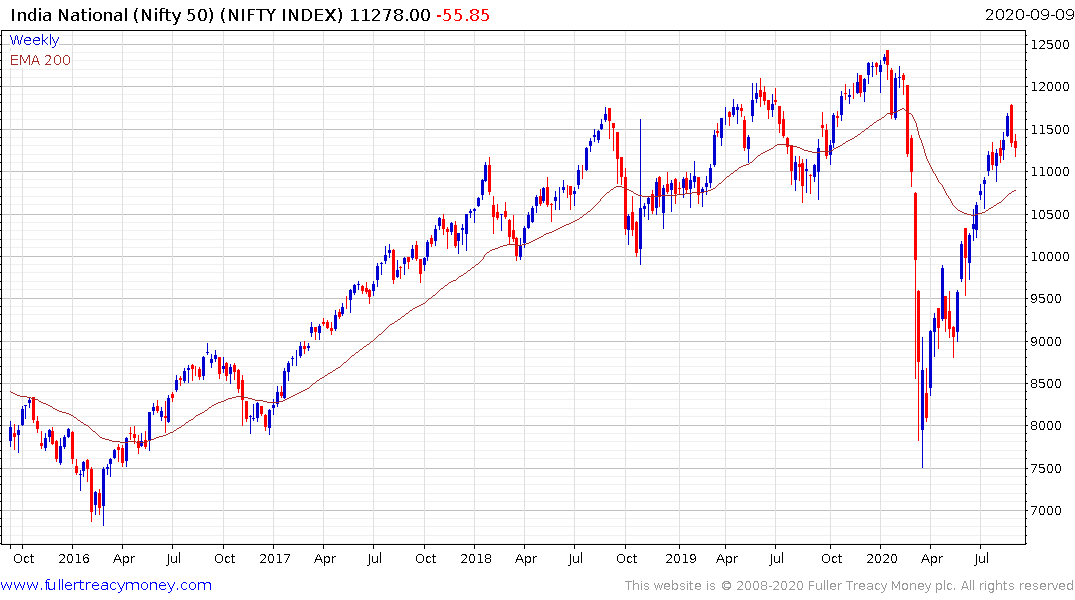 The Nifty Index has held a sequence of higher reaction lows since March and is now back testing the region of the trend mean. The downside key day reversal at the beginning of the month coincided with the RBI’s willingness to allow the Rupee to strengthen but the stock market setback has been modest to date.