India’s central bank signaled a compromise with the government by agreeing to study a demand for sharing a part of its capital -- an issue that had triggered a public spat between the monetary policy makers and their political bosses.

The Reserve Bank of India will form a panel to consider the funds transfer to the government, the central bank said in a statement after the board meeting that lasted a little over nine hours. It, however, did not immediately yield to demands for easing lending norms for weak banks while retaining capital buffers for banks at 9 percent.

“Both the RBI governor and the finance ministry walked the extra mile,” Sachin Chaturvedi, a member of the board said in an interview to Bloomberg. “They were flexible on several issues.”

​The government and the RBI have been sparring over how much capital the central bank needs and how tough its lending rules should be. For a nation that relies on imported capital to fund investment, the reaching of a middle ground is key to retaining investor confidence in the world’s fastest-growing major economy.

The RBI has been attempting to rein in overly aggressive lending practices in the banking sector. While necessary to tackle the bad loans issue, it has set up conflict with the government who are keen to see credit growth to boost the economy particularly with an election next year. 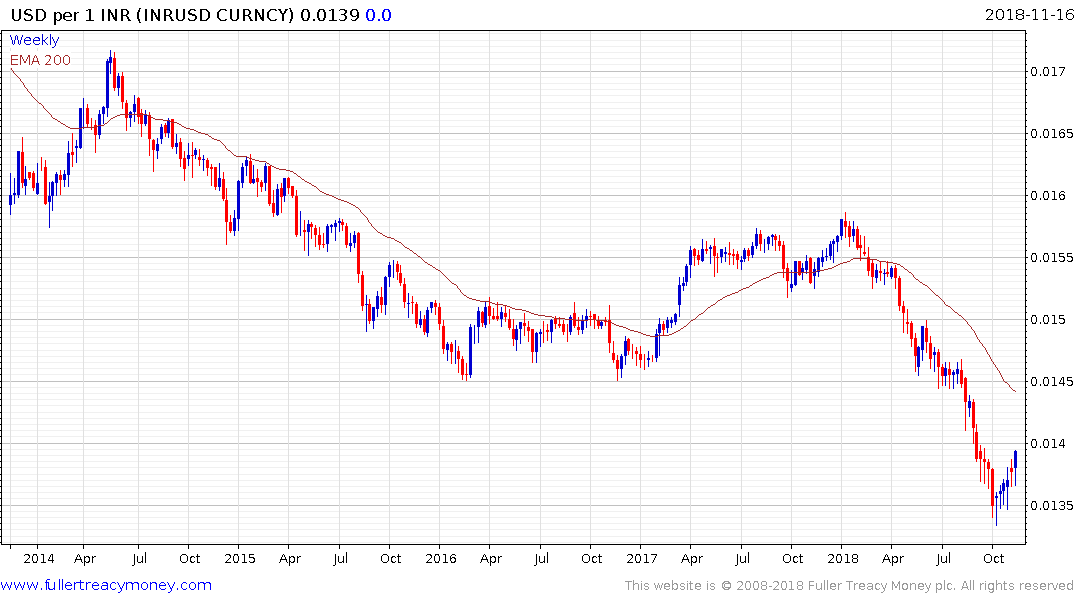 The easing of tensions has been positive for the Rupee and it has now rallied to break the succession of lower rally highs evident since January. It has now unwound most of the overextension relative to the trend mean but will need to sustain a move above it to confirm a return to demand dominance beyond the short term. 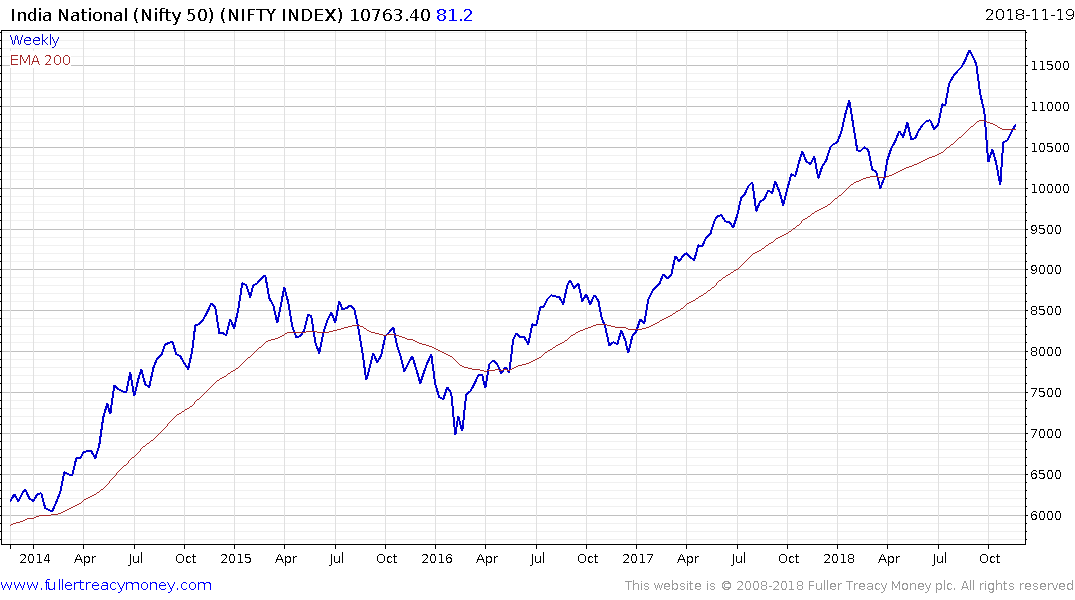 The Nifty Index extended its rebound today to push back above the trend mean. Against a background of significant downward pressure on Wall Street, it is exhibiting clear relative strength.