Bitcoin slumped, undoing some of this year’s epic rally and amplifying a recent trend of outsized weekend moves.

The largest cryptocurrency fell more than 18% from Friday to trade at $10,294 as of 11:58 a.m. in New York, according to prices compiled by Bloomberg. It’s still up almost 200% since the start of the year. Most other large coins also dropped, with Bitcoin Cash and Dash declining at least 7.6%. Litecoin erased an earlier gain.

Optimism surrounding a potential increase in adoption of cryptocurrencies helped fuel price increases on Bitcoin last month. That took prices back to levels last seen at the start of 2018. The slide over the weekend is at odds with recent moves higher on Saturday and Sunday: surges in weekend activity since the start of May accounted for about 40% of Bitcoin’s price gains this year, according to data compiled by Bloomberg.

Raising the possibility that central banks may feel the need to create tokens, Bank for International Settlements General Manager Agustin Carstens said in an interview with the Financial Times that it may be “sooner than we think that there is a market and we have to create our own digital currencies.”

Bitcoin was originally designed as a response to the debauchment of fiat currencies in response to the credit crisis. By creating a digital asset with limited supply, it aims to hold value in a manner fiat currencies can’t. This limited supply feature is a significant factor in its value proposition but it is incompatible with the wider aim of delivering an alternative financial system. 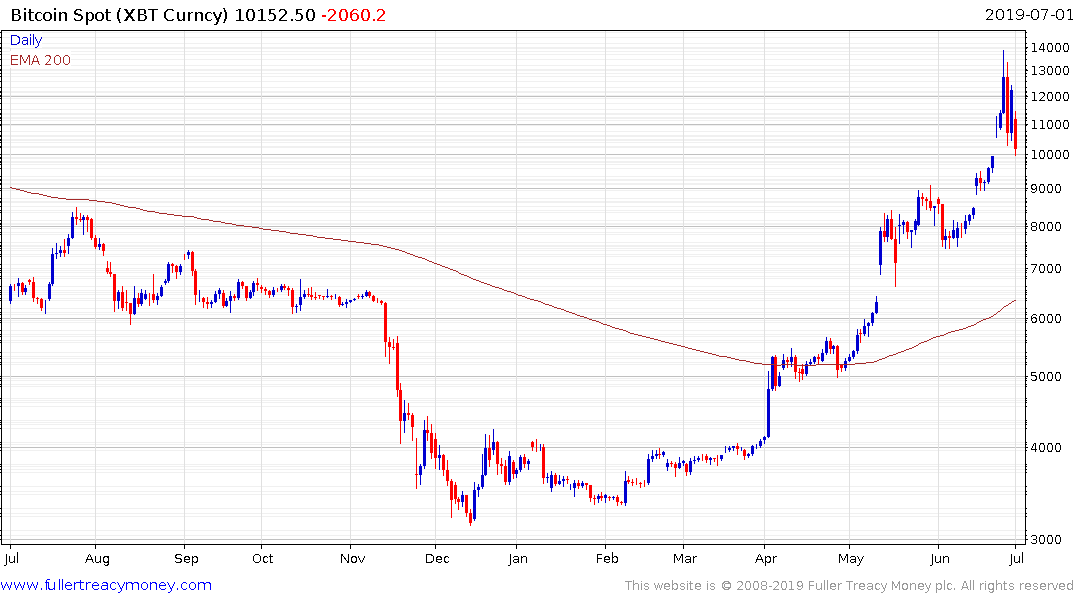 Ethereum on the other hand was designed less as a store of value and more as an attack vector for gatekeepers for contracts such as banks, lawyers, accountants and brokers which pick up commissions for doing very little. 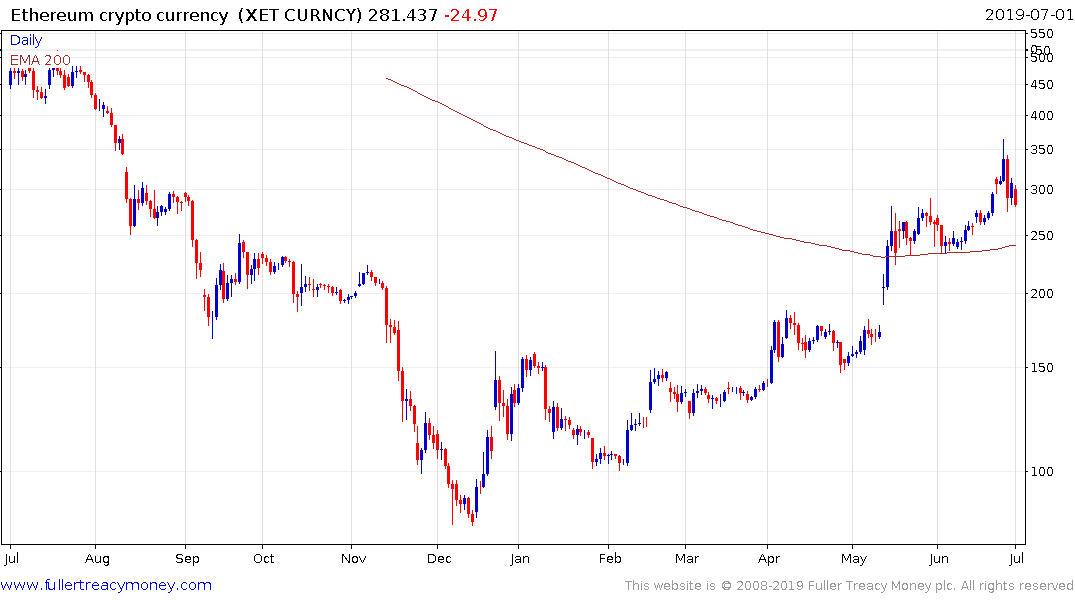 IOTA is named for the Internet of Things (IOT). It's development ambitions rest on the launch of 5G. It's DAG network is aimed at providing an environment where edge and cloud computing can be monetised across the spare capacity of billions of computers. 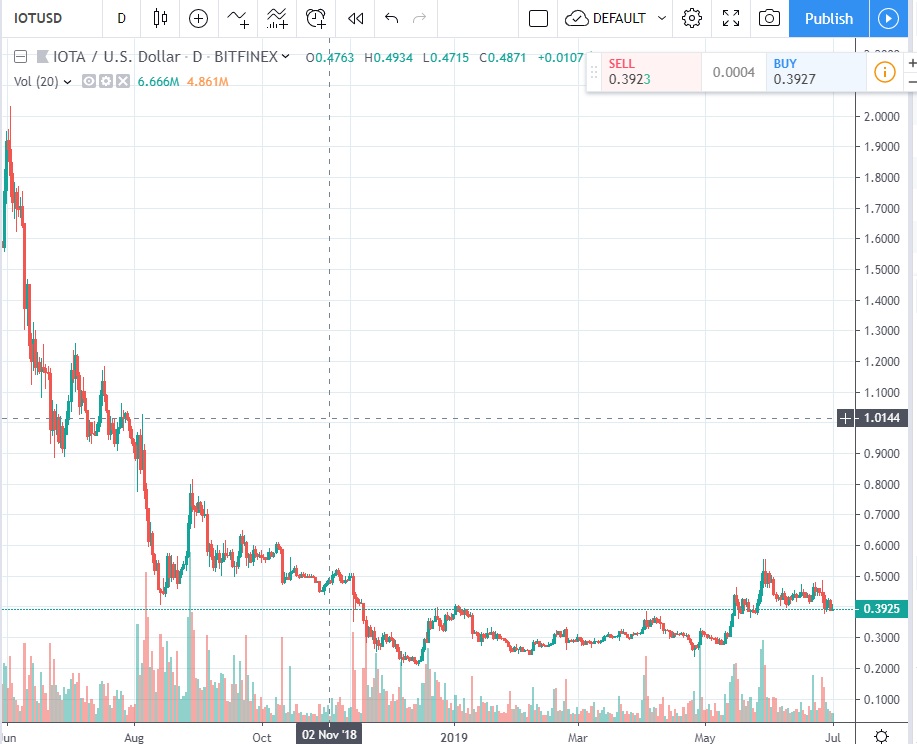 What is perhaps most important to highlight is that while the various projects have very different potential end uses their price action is heavily influenced by what happens to bitcoin.

Bitcoin needs to hold the $10,000 level if this portion of its trend is to remain consistent. A break below it would signal a reversion towards the mean is looking more likely.