Claims known as prevented plant pay out when farmers are unable to sow crops at all. With unceasing rain keeping farmers out of fields, growers are increasingly weighing how best to get paid and ease the impact from the bad weather and an escalating U.S.-China trade war.

“You hate to farm for insurance, but in a year like this, you keep that in the back of your mind,” Nelson, whose farm is near the east-central town of Paola, said by phone. Storms across the Midwest and Great Plains have resulted in the wettest 12-month stretch on record in the U.S., with the deluge closing refineries and snarling Mississippi River traffic. Crucially for agriculture markets, it’s also hampered crop planting. Worries over tighter supplies due to the soggy weather drove Chicago corn futures to surge as much as 3.9% on Friday, topping $4 a bushel and rising to the highest level in almost a year.

The wet weather’s showing no signs of easing. Severe weather that broke out late Sunday across the Central U.S. and into the Midwest is expected to continue to cause havoc. The insurance deadline for sowing has already passed for some farmers in southwestern Missouri, southeastern Kansas and western Tennessee. They now have to decide whether to plant with less coverage, or make prevented-plant claims.

The cyclicality of grain prices, where old crop prices rise heading into the harvest of winter planting and fall thereafter is predicated on the assumption that there is a winter crop to harvest. There is likely to be significant volatility because hard red wheat crops are expected to be OK, but a significant rally appears to be getting underway in old crop contracts. The true test of the health of the new crop will come when it the front month July contract rolls. 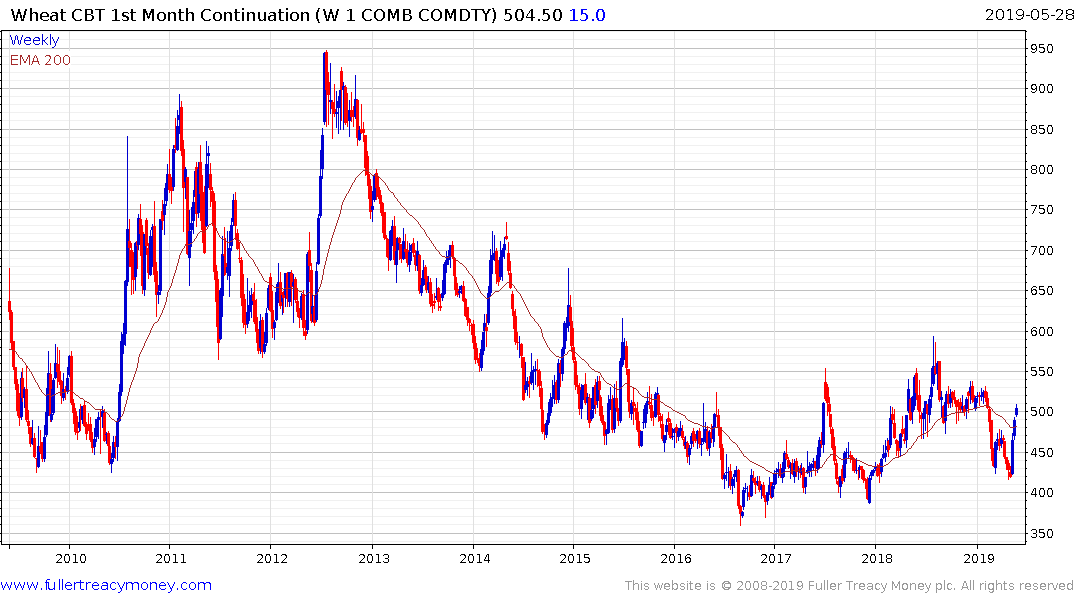 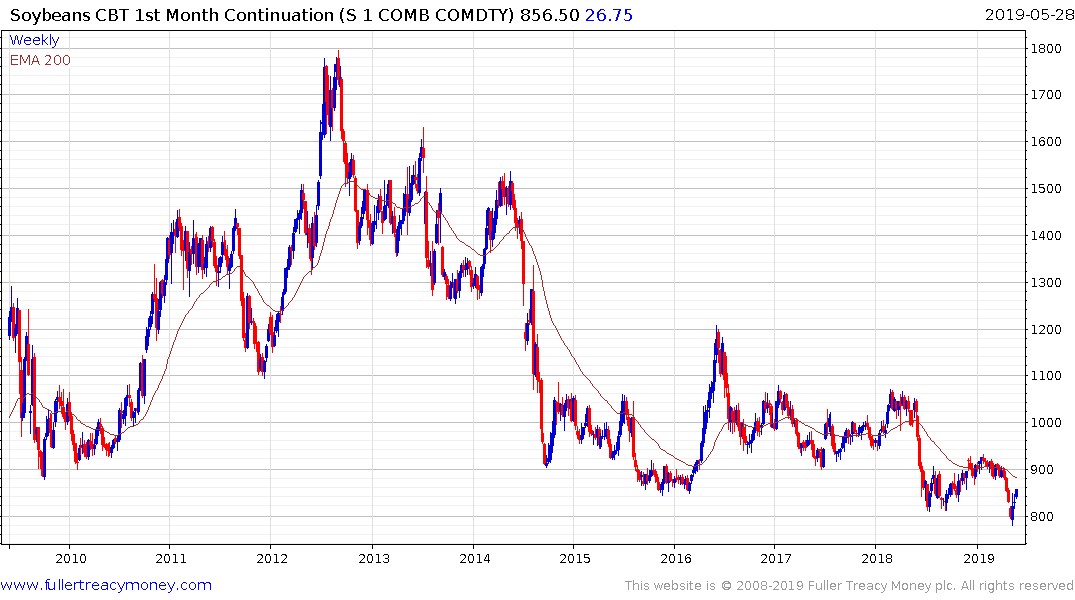 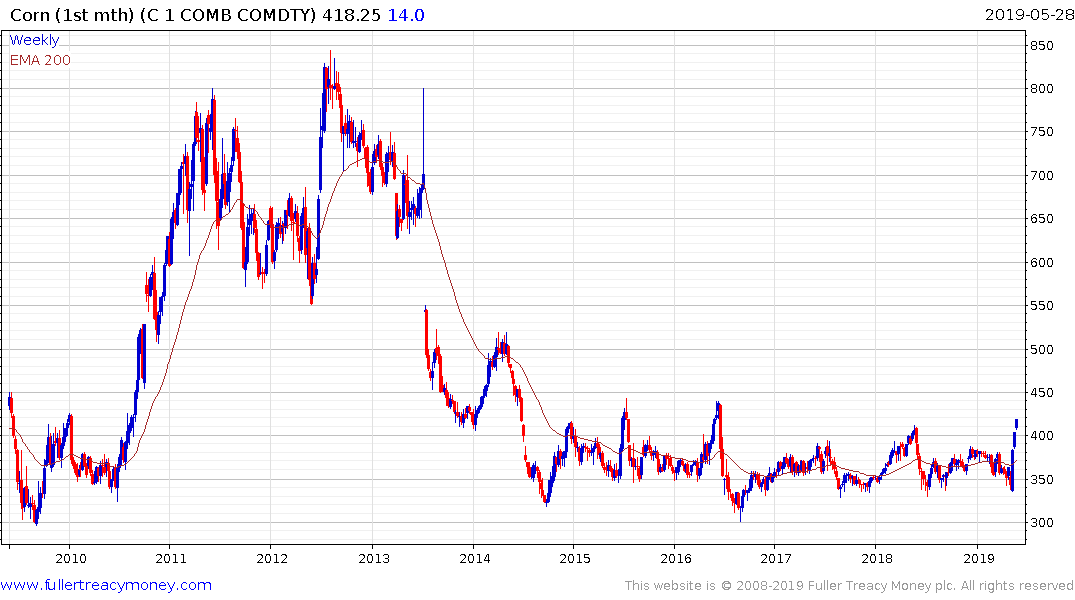 Soybeans is rebounding from the 800₵ level and corn broke successfully above $4 on Friday and extended the move today. 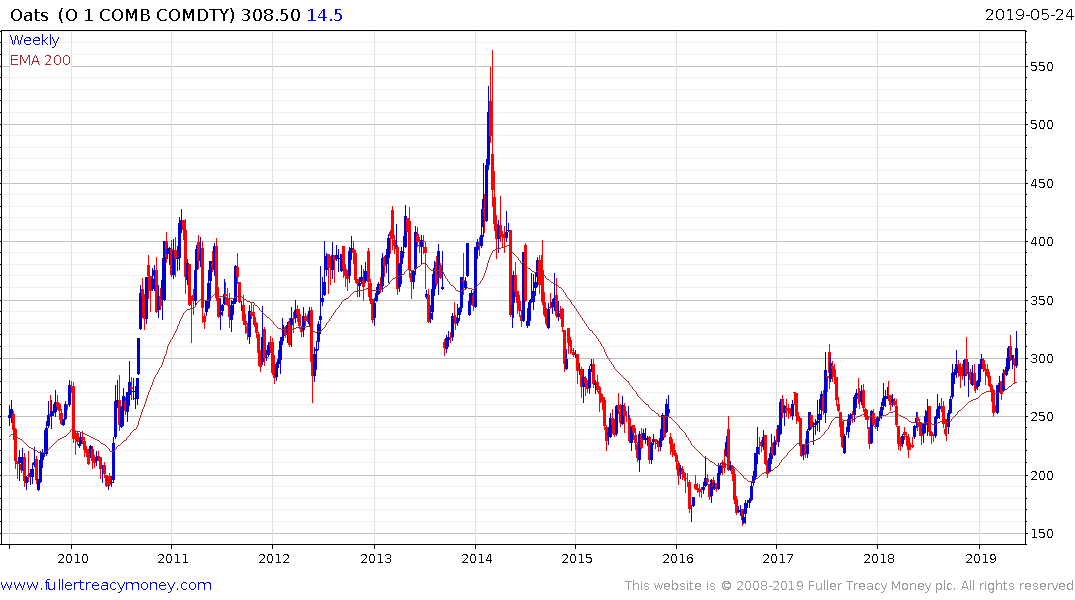 Oats cleared the $3 level last week as it completed a two-year range. 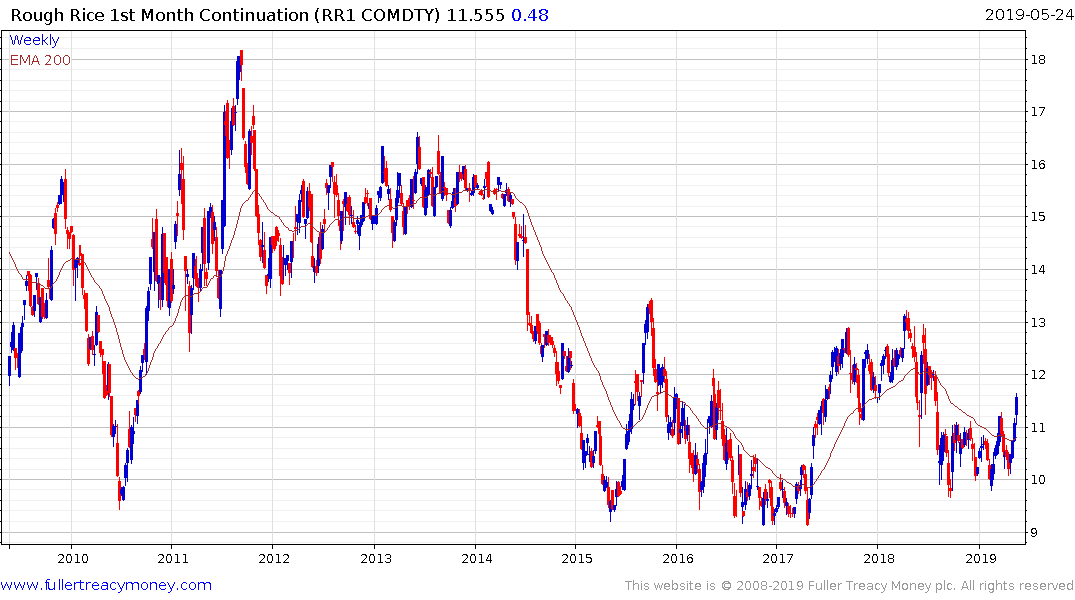 Rough Rice plantings are at the lowest level in 26 years and the price broke out of a seven-month range last week. It will need to sustain a move above $13 to signal a return to medium-term demand dominance.