Silver’s rally is likely to continue for the rest of the decade. We could be moving into an inflationary politician-led era of universal basic income, modern monetary theory, and government-guaranteed bank loan schemes. These trends will put upward pressure on the silver price.

Silver is far and away the most heavily leveraged exchange-traded commodity. An August 2020 report by Macquarie put the ratio of derivatives to physical market at 193 for silver, compared to 86 for nickel and 74 for gold. This creates potential for a GameStop-style short squeeze on silver.

The consensus opinion of professional silver analysts is that the world will broadly go back to the way it was before 2020. They are forecasting falling investment demand and lower silver prices for 2021–25, but we think they are mistaken.

We believe the ‘go back to the way things were’ assumption will be proven wrong. The virus may have had little impact on silver sources, but it has had a profound impact on government and society.

Silver is both a precious and industrial metal. The growth of the solar cell industry has been one of the key industrial demand drivers over the last decade and that is likely to continue even as the marginal cost compression of solar cells moderates.

The challenge for industrial consumers is they have enjoyed a decade of falling prices so that was factored into their cost projections. As we enter a decade of rising prices, pressure will build to be more efficient but for solar that will require commercialisation of what are currently drawing room specs for new technology.

Silver tends to move in a high beta fashion relative to gold but the nuance is that it takes a while to get going. Gold moves first in a new commodity-led bull market and needs to sustain its breakout to convince people that there is a need to own silver. That conversion process from disbelief to acceptance marks the transition from the 1st to the 2nd psychological perception stage of the bull market.

The last time we saw a blowout final acceleration in silver was in 2011 when prices briefly exceeded $50. That was a perfect example of the 3rd psychological perception stage of the bull market because there was so much enthusiasm about the prospect of significantly higher prices right at the peak. 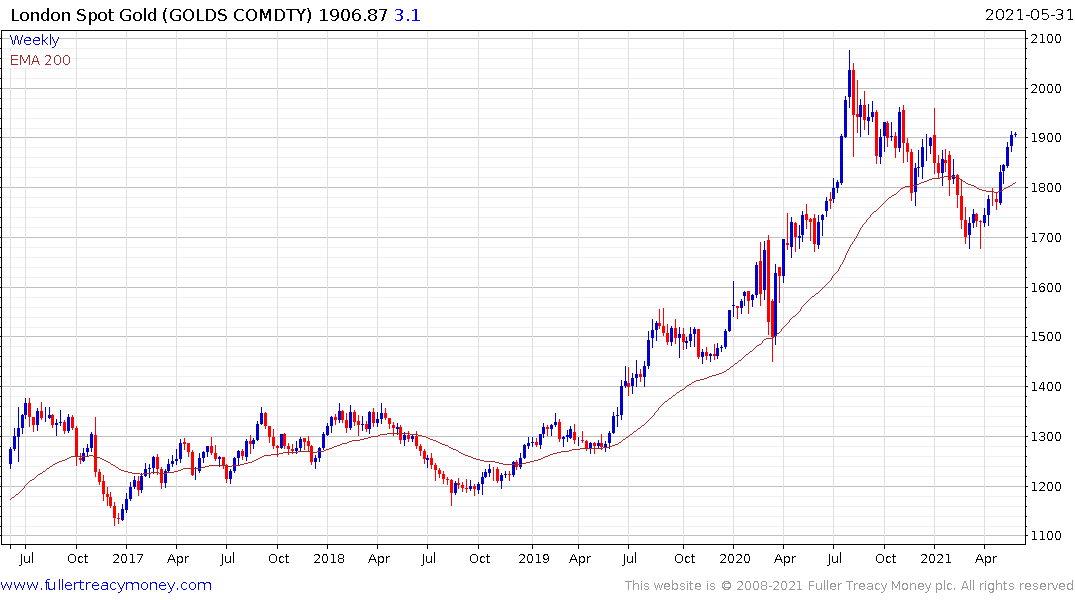 Gold broke out to new high recovery highs in July 2019 and silver broke out in July 2020. Since then, it has sustained the trend of outperformance. That is likely to last until the end of the bull market and it is likely that silver will accelerate then too. It’s a much bigger market than GameStop shares so a similar move is unlikely. However, it is a much smaller market than gold and so can move much more than the yellow metal. 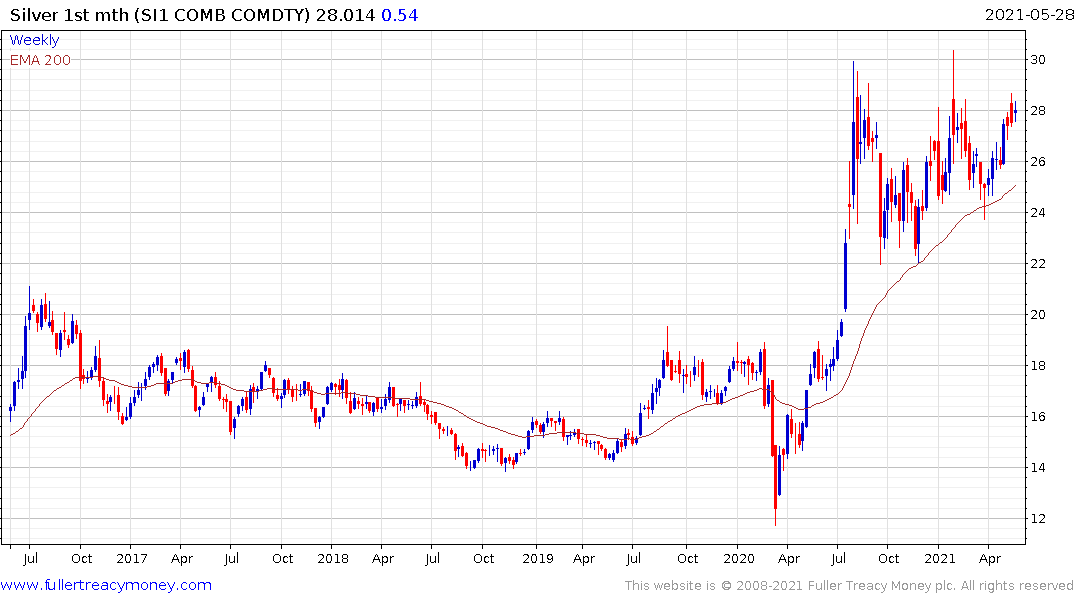 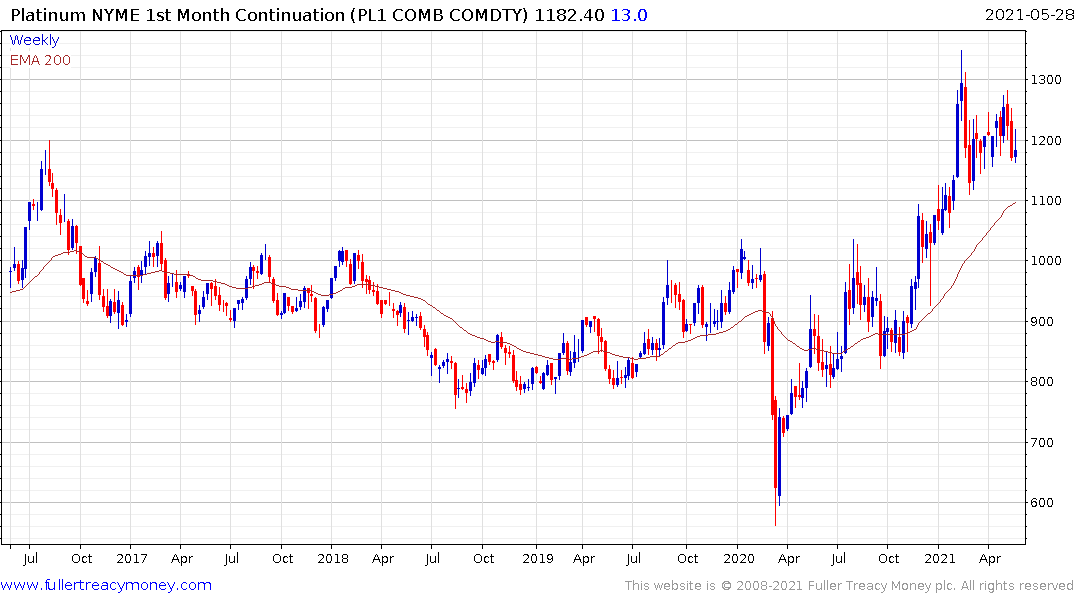 Both silver and platinum currently have first step above the base characteristics while gold has broken the downtrend from the August peak. 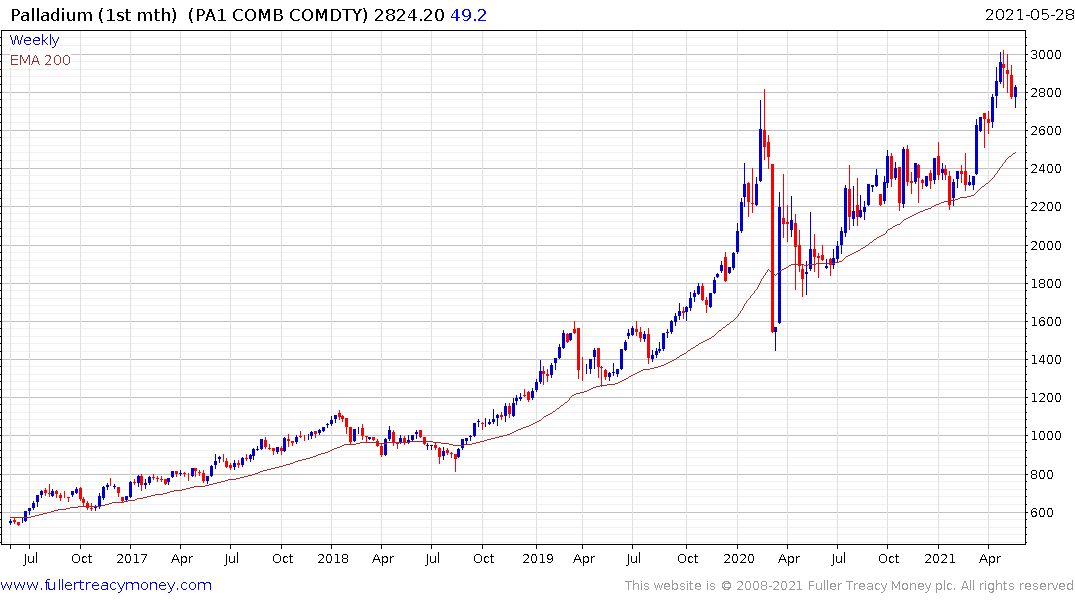 Palladium is currently pausing in the region of its peak and continues to exhibit relative strength as demand new vehicles outstrips supply.