In Copper Country, Lawmakers Want a Bigger Share of the Windfall by Eoin Treacy

The proposal is unnecessary and risks thwarting investment, according to government and industry representatives. Responding to criticism that Chile didn’t tax producers enough in the last supercycle, Energy and Mining Minister Juan Carlos Jobet said the current royalty system will generate more after a surge in prices pushed up earnings.

In his first term in office a decade ago, Pinera introduced a complicated system of payments that now charges large producers a variable rate on operating profit of as much as 14%. A new tax on sales wouldn’t bring in more than the current system, according to Diego Hernandez, head of mining society Sonami. Mining Council boss Joaquin Villarino warned against rushing through legislation just because copper has traded above $4 a pound for several weeks.

While consensus is building that highly profitable sectors such as mining should help finance the pandemic recovery, a heavier tax burden would add to rising costs associated with labor and the environment, BTG Pactual raw-materials analyst Cesar Perez-Novoa said.

“When doing the math, the cost competitiveness of Chile as a mining jurisdiction comes down,” he said. “So it matters.”

Copper is in a bull market and demand growth is likely to continue to increase as the focus of stimulus and economic recovery settles on renewable energy and the electric vehicles sectors. That introduces additional use cases for the metal in addition to the traditional telecommunications and infrastructure sectors.

Government demands for a bigger share of revenue also implies they will be less resistant to the need to invest in additional supply. That suggests a near-term headwind because of a higher cost of production. However, it also unleashes scope for higher prices and expansion of supply in the medium term. 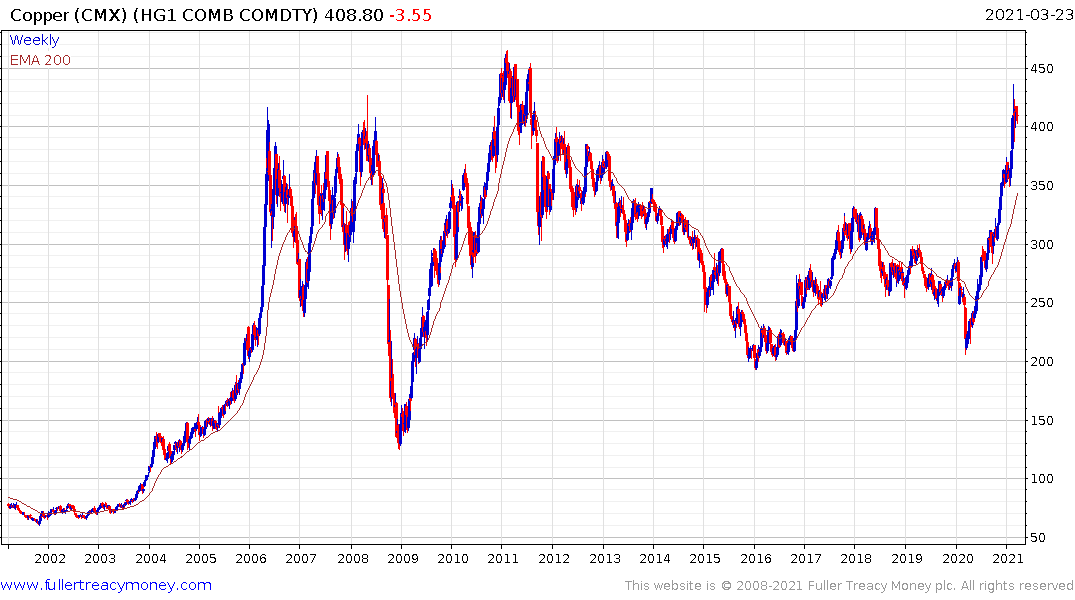 Copper is currently unwinding its overextension relative to the trend mean but the pace of the pullback has been relatively modest so far. The bigger picture is the price has been ranging for 13 years and this looks like nothing more than a consolidation prior to breakout to new all-time highs. 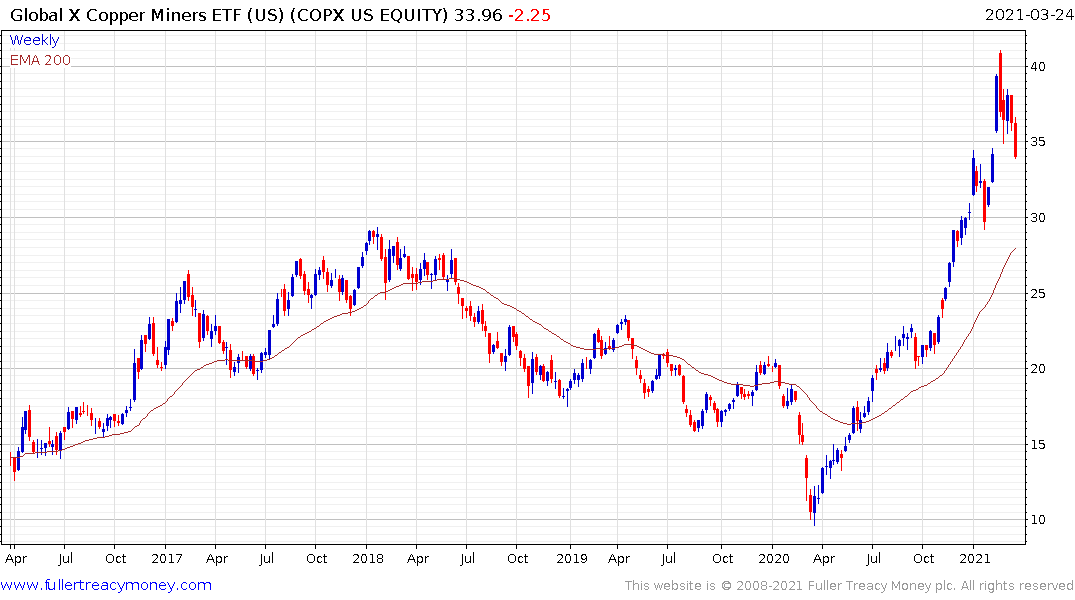 The copper miners’ ETF is currently unwinding its overextension relative to the trend mean and is more sensitive to currently perceptions for growth in China than potential for renewable energy demand.