Impressions from China so far
Comment of the Day

Impressions from China so far by Eoin Treacy

I arrived in Guangzhou on Monday afternoon. It’s my favourite Chinese city, with the kind of warm weather I prefer, arguably the best food in the country, which is no mean feat, and some of its friendliest people. Breakfast down the street, at the traditional dim sum restaurant, is the highlight of my day with ha kao, shaomai and chong fan that are beyond compare.

China is evolving rapidly and crossed an important Rubicon about a decade ago when the value derived from infrastructure expansion was exceeded by what could be gained from enhancing human capital. The lack of a thriving domestic consumer market was one of the key weaknesses of the Chinese economy that left it exposed to external shocks, such as the credit crisis, which are outside the government’s control. Since then, there has been a considerable effort to boost the size of the domestic economy both by investing in services and developing the online market place.

In the two years since I was last in China there have been a number of notable changes. The first is how quickly the online market place has grown. Delivery is now possible from just about any restaurant and there is literally an army of delivery people crisscrossing the city during the evenings. In the USA Uber Eats and Grubhub are gaining increasing popularity but are relatively expensive, tipping is pretty much obligatory and even the pickers working for Google Express now expect to be tipped. Regardless of how one feels about gratuities versus the low wage they are associated with, the reality is tipping increases costs at every stage of the service chain and represents a challenge to growth. No such barrier exists in China, the price is the price it’s that simple.

Alibaba invested quite heavily in Ele.me (Are you hungry?) back in 2015 and it is now ubiquitous and growing at a much faster pace than comparable services elsewhere. 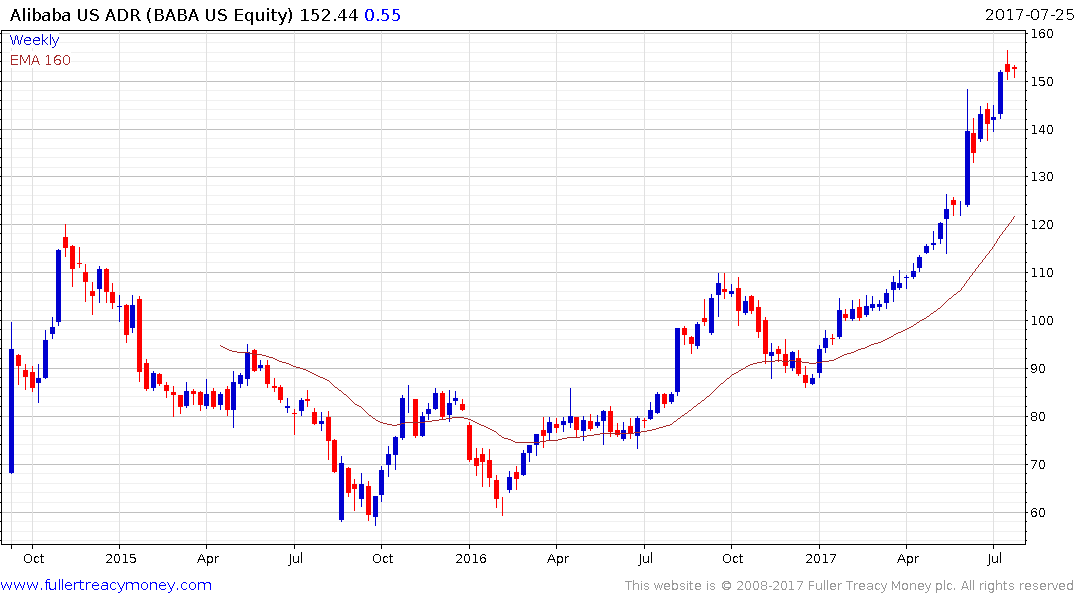 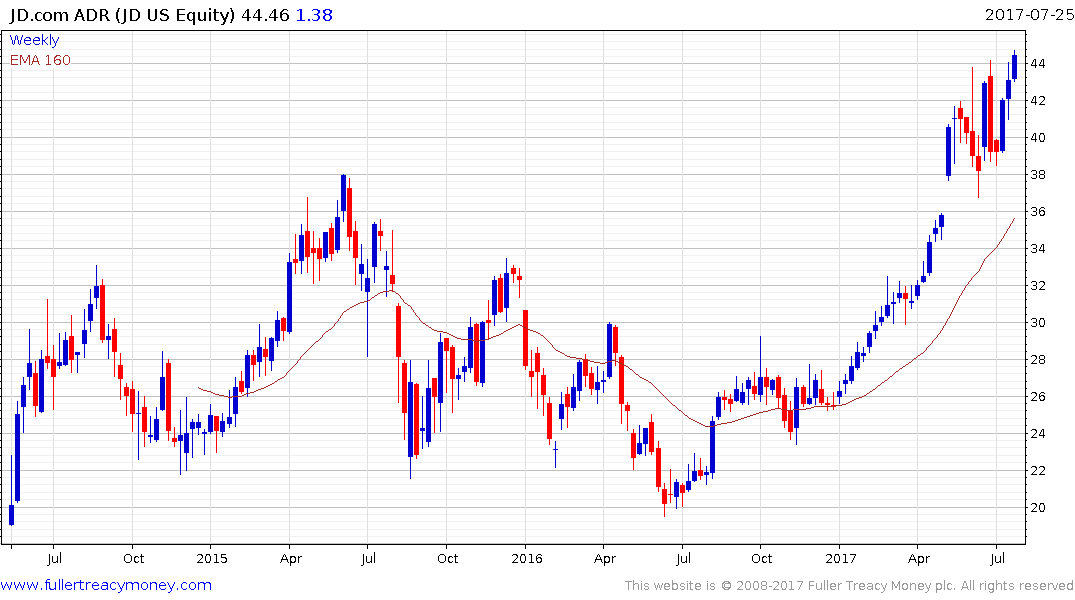 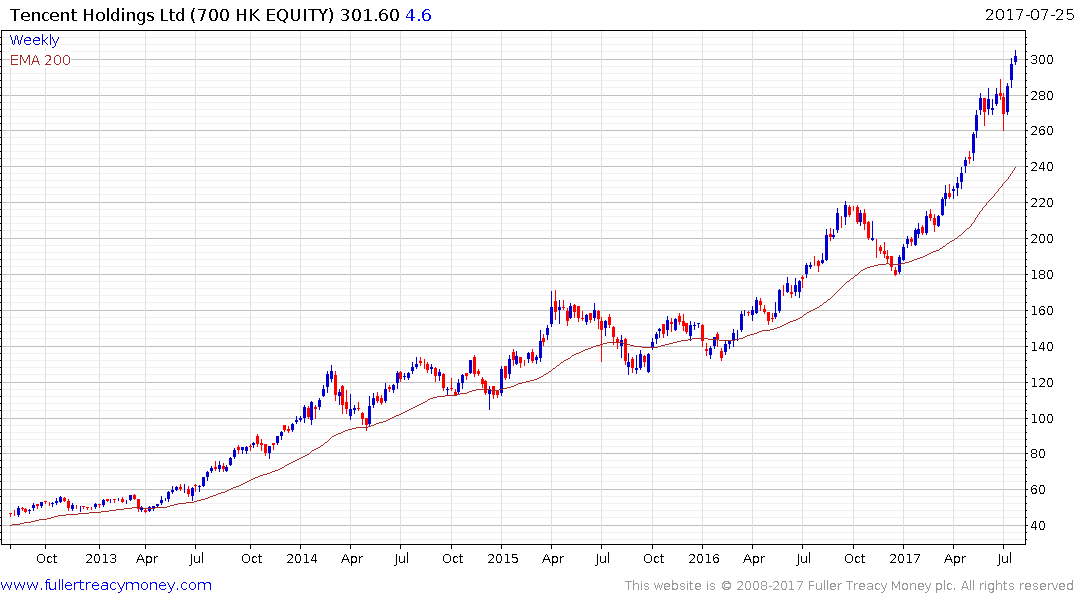 Alibaba is also clearly present in the consumer finance sector. A sales girl we met yesterday was brimming with pride at the ¥2 daily interest rate on her deposit of ¥20000. It was the fact interest is paid daily that had fired her imagination and she likes nothing more than to watch her savings grow every day. Alipay was not part of the original Alibaba IPO and could become part of a future listing but it is arguably the more valuable side of the Alibaba empire. Ecommerce firms such as Alibaba, Tencent’s WeChat and JD.com have so far succeeded in fending off the protests of the conventional banks at the outsized deposit rates they are paying which are above the official caps.

Part of the reason they have succeeded in surviving is undoubtedly because the rise of online payments, banking and financial products has aided the administration in reducing the roll of cash in the economy. As recently as two years ago, the vast majority of payments occurred with cash and in a country where the largest bank note is equivalent to about $15 that meant carrying a lot it around. The situation couldn’t be more different today. It is now difficult to pay with cash. Almost every transaction is conducted via one’s phone and the ATMs often don’t even have money to dispense. That represents a massive transition in a very short period of time. Consumers no longer have to carry large sums of cash, businesses no longer have to transport cash at the end of the day and the government gains much greater control over the money supply and online payments enhance tax collection capabilities. India’s demonetisation might have gained a great deal of media attention but China has accomplished the same feat on a much grander scale with much less fanfare.

The Chinese administration is investing heavily in artificial intelligence, has been touting using surveillance cameras to develop a social score card system and with access to Alipay, WeChat Pay etc now has much more intelligence on the credit habits of its citizens. It is equipping itself with a level of control over the monetary and social system that is incomparable with just about anywhere else. From the perspective of an investor that does not obviate the potential for occasional crashes but it increases the ability of the monetary authorities to deal with them when they occur.